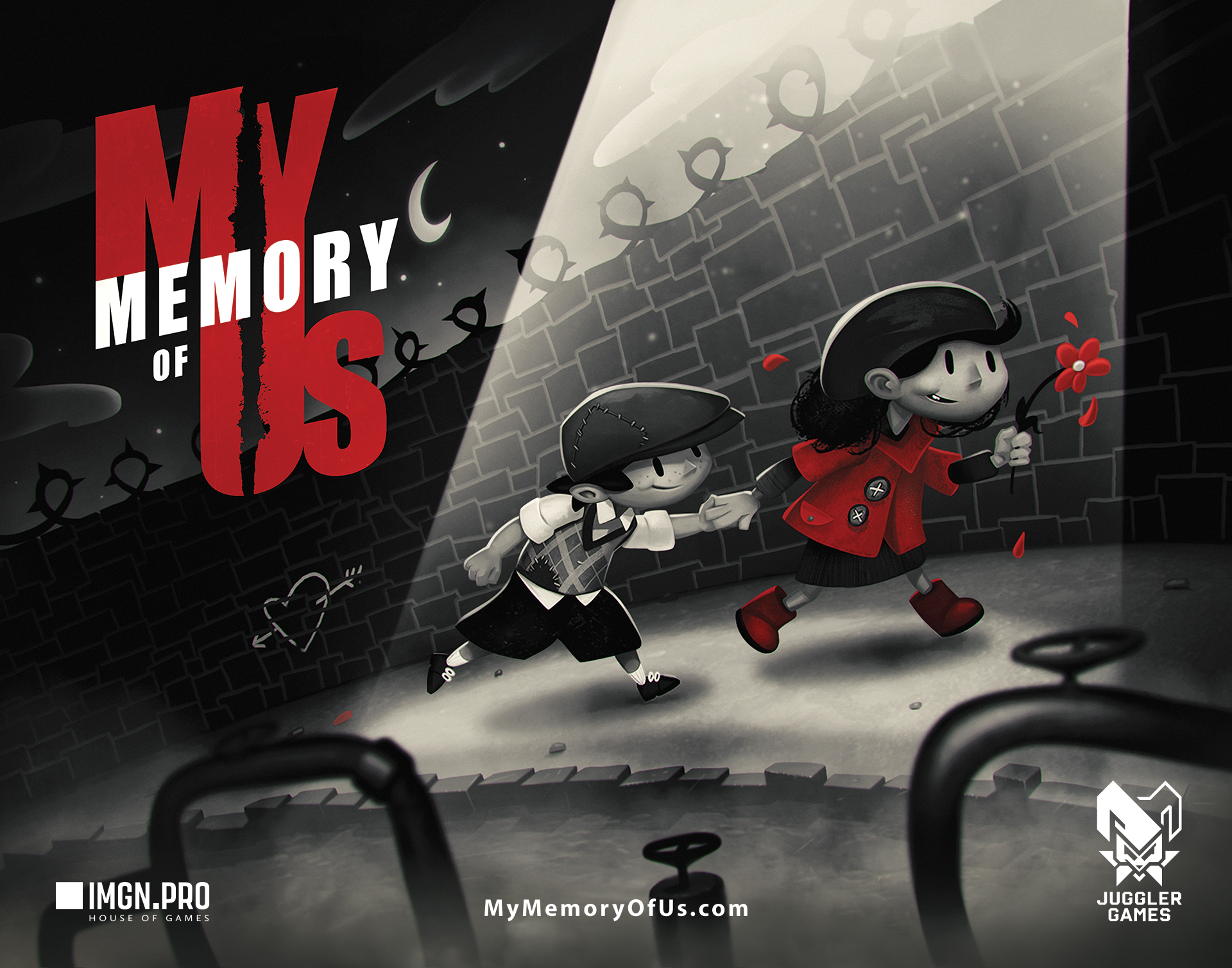 The atrocities of World War II are one too many to name, but from within the darkness comes the light of the heroes that rise to the occasion. Teaching such history can be very complicated, especially when conveying the horrors to younger children. Perhaps that's why Juggler Games have taken a very unique route with telling the story of Poland during the Second World War, with their latest title My Memory of Us. After playing through its adventure, this review has been left stunned by its presentation.

Narrated by Patrick Stewart, My Memory of Us begins with a young girl entering a bookshop. While perusing through the titles, she comes across a mysterious book filled with pictures. The bookshop owner takes the little girl by her side, and begins to tell her the story of this special book, and the lost friendship that surrounds it. 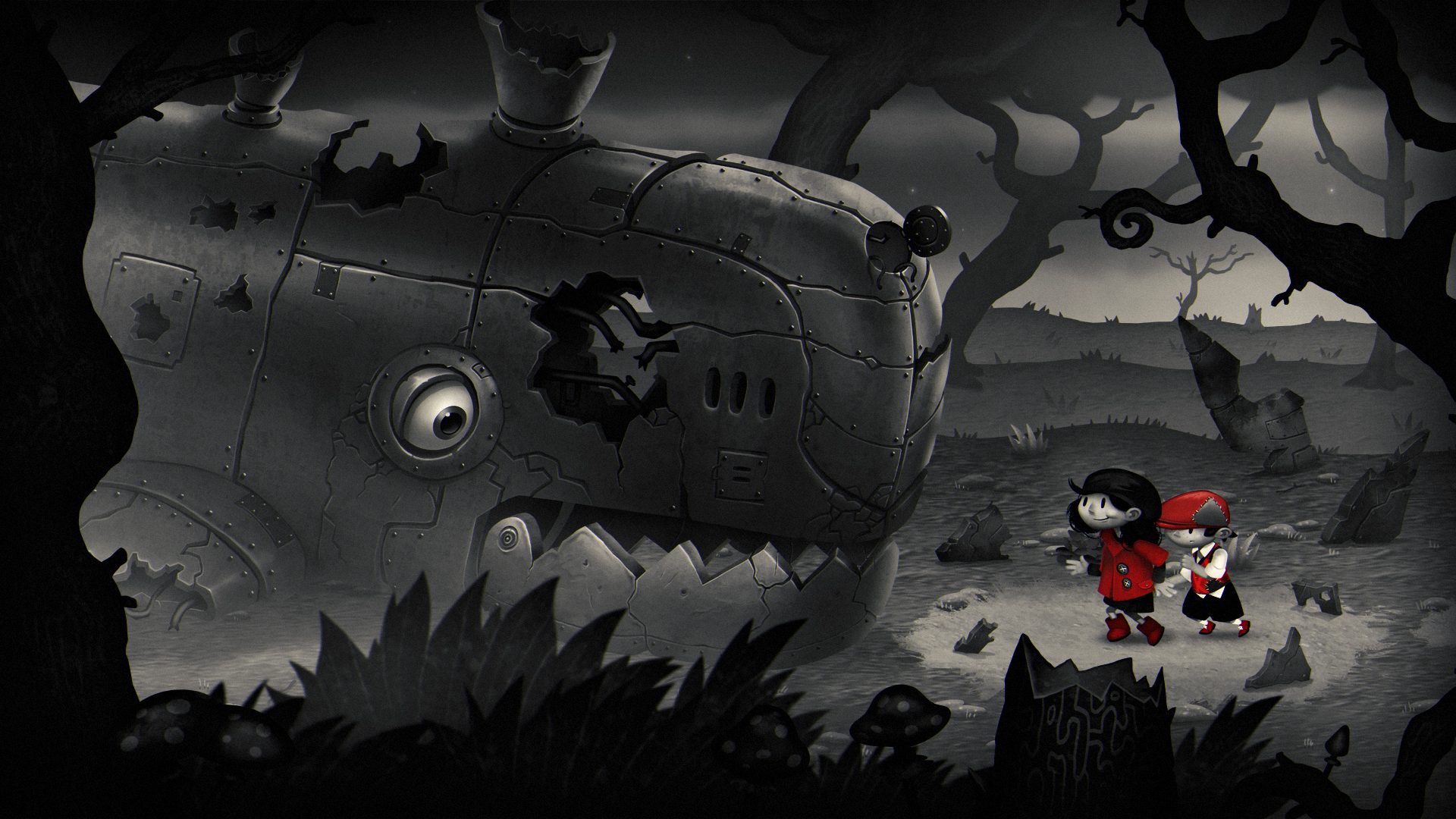 The game then jumps back to the 1940s in a city inspired by Warsaw, Poland. After a young boy escapes from some roof hijinks, he meets a girl who quickly becomes his friend. However, the environment starts to change around them, as a new threat comes marching in to take over the town and force groups of people out of their homes and livelihoods. As the world starts getting darker and hope shrinks smaller, the two friends do their best to survive the multitude of horrors that are thrown their way.

Players take control of both characters throughout their adventure, as they run through the town and solve various puzzles that will take them closer to safety. At the same time, the two must also evade enemies and surveillance machines, doing their best to not get caught. In some occasions, you'll be able to trick foes into attacking their own with some stealth mechanics. Other times you'll find yourself taking part in fast chase sequences and even the occasional boss battle, all while keeping your duo's heads up and positivity going. 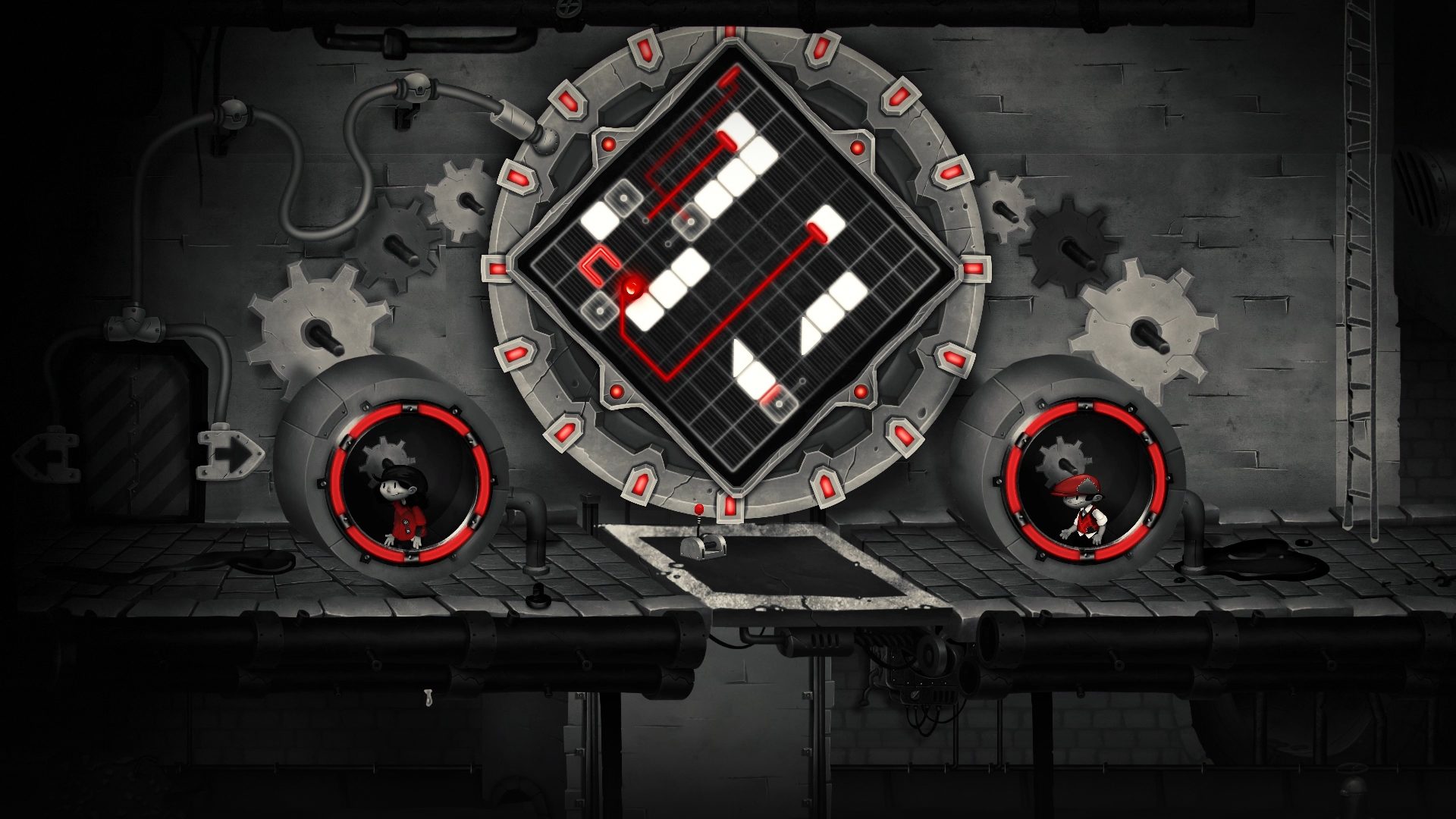 What makes My Memory of Us stand out is its beautiful presentation. With the majority of the story being told in black-and-white, the worlds and people surrounding it are showcased in a very classic storybook sort of way. Taking a nod from Schindler's List, the Jewish characters are later painted with red on their clothing, as they begin to stand out and be shunned by the rest of society. Even more fitting is how the enemy is portrayed in the game.

Instead of Nazis, players will find themselves going up against evil robots in their stead. Delivering a steampunk-like element to their visual appearance and technology, the enemies easily come off as very threatening. While they have that cartoon aesthetic to their overall looks, the interpretation of Nazis being cold, heartless machines is never once lost in translation. This means of showcasing not only makes one of the worst things to happen in human history be more understandable to a younger audience, but this kind of substitution acts as a solid metaphor as to what kind of enemy Poland and the rest of Europe were dealing with at the time. 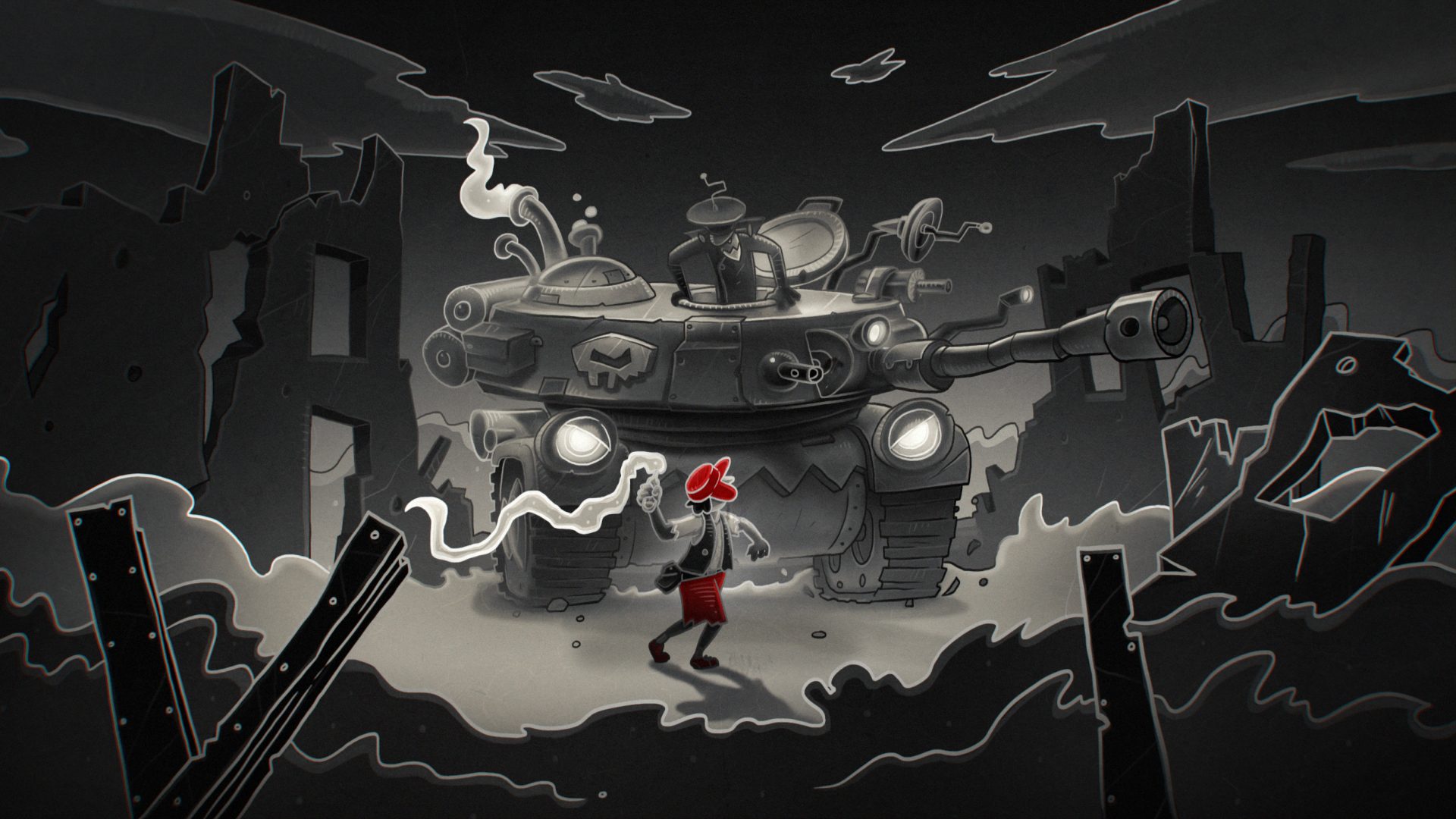 There's a warmth in Stewart's voice as he narrates My Memory of Us. Though his performance may seem majestic and fairy tale-like, how he reminisces about the terrible parts of the tale is filled with a frail sadness that'll fill many players with emotion. How he talks about the people that were never heard from again is simply heart-wrenching, but a childlike wonderment appears in his voice when reflecting on the fun times being had.

Gameplay-wise, there's a lot to have fun with, despite its dark story. Switching between characters, taking part in dancing segments, and solving various puzzles never loses their luster and imaginative presentation. For the most part, many of the challenges are easy to figure out; on the other hand, the ones requiring math skills and trial-and-error do come off as being very tough. (Puzzles involving memorizing robot language may also frustrate some, unless you're like me and used your smartphone to take pictures of the symbols.) 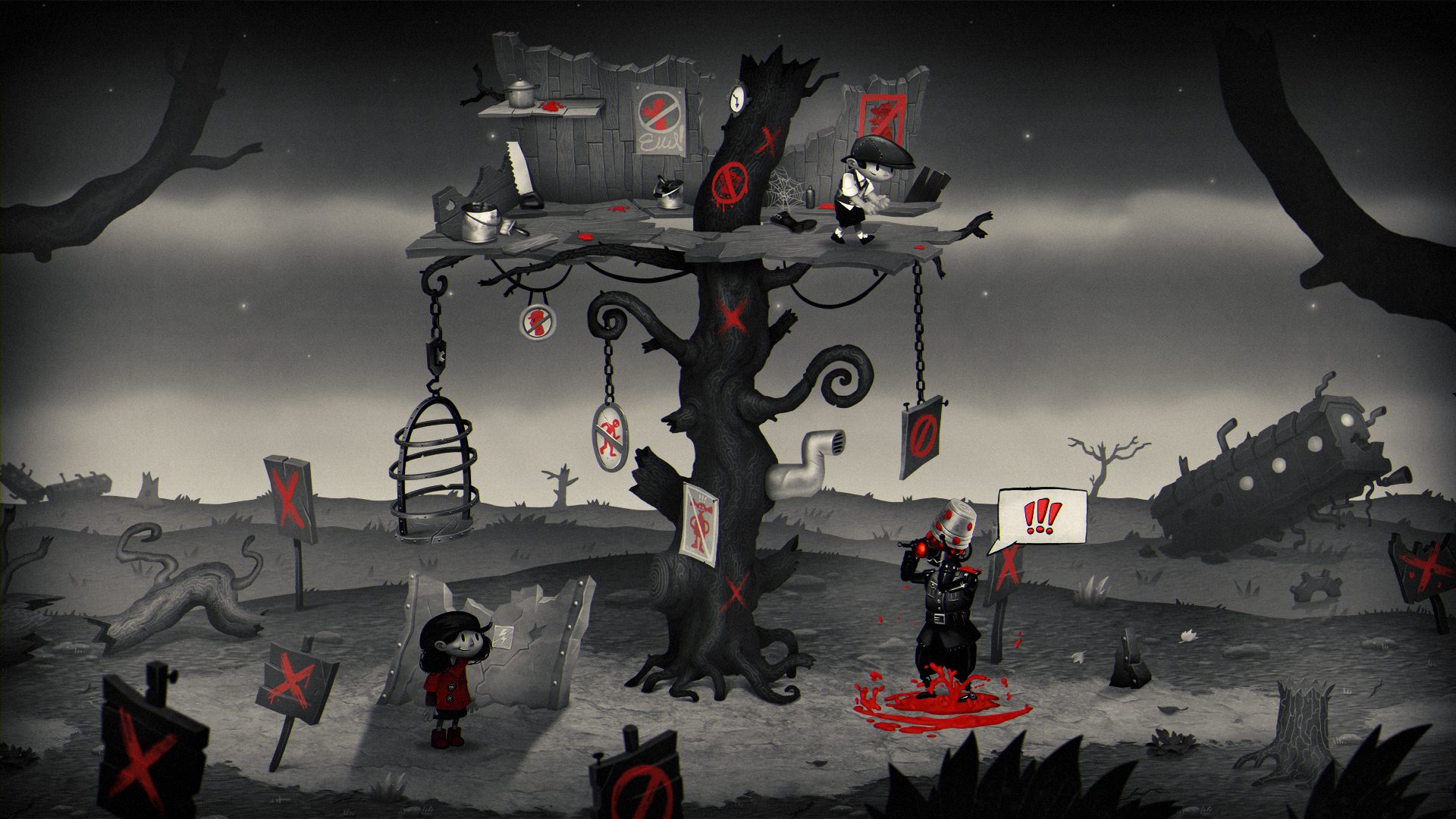 Despite its sleek gameplay, I did come across a few bugs during my run-through. A couple of times the characters would bounce off-screen, resulting in them being automatically captured during a chase sequence. In one instance, both characters simply refused to move at all, forcing me to quit the game and restart it. (Fortunately, I didn't lose any progress.) While these hiccups were kind of frustrating, they're easily patch-able, so expect them to be gone in the near-future.

My Memory of Us will take you roughly eight hours to complete. You can revisit past levels, which will come in handy when it comes to finding all the photos in the game. These pictures, by the way, will teach you all about the important Polish heroes of World War II, many of whom make visual cameos throughout the adventure. (I highly recommend reading through these, as they will open your eyes to some truly lionhearted individuals.)

My Memory of Us is no ordinary adventure, and the story it tells will give you chills. On top of that, the gameplay mechanics deliver an entertaining experience that puts it above many other indie titles that've come out this year. Rich with history and spirit, My Memory of Us stands as one of 2018's very best games.

Promotional consideration provided by Jim Redner of theRednerGroup. Reviewed on the PS4.