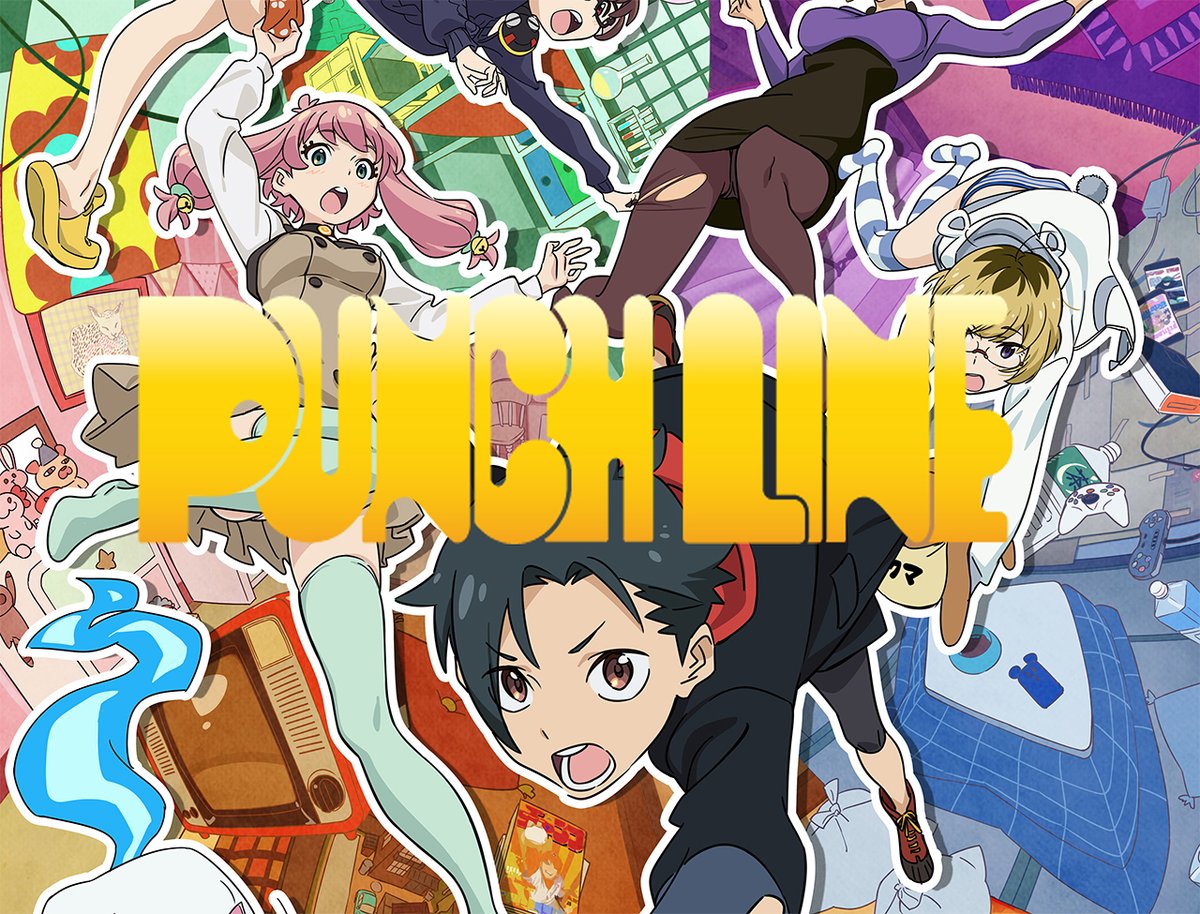 The 2015 anime Punch Line was an interesting one to boot. A series about a kid who'd destroy the world if he saw panties is legit one of the silliest ideas for an anime I've ever seen (and that industry also gave us soda cans that turned into magical girls). But because it was a noitaminA selection, the show was brimming with smart ideas that went alongside the humor and memorable characters. So it was rather surprising to see Punch Line given the video game treatment, though whether or not the visual novel approach was a smart idea is up to your tastes in that genre.

Like in the anime, the character of Yuta is shot out of his body, and is told by a ghost cat that he needs to save the world. As this is going on, secrets about the pasts of Yuta and his roommates are revealed, from Mikatan's Strange Juice superhero alias and Meika's robotic true form to Ito's pet bear and Rabura's sham psychic service. However, a meteor is heading straight to Earth, with a cult organization pushing for humanity's extinction. All Yuta has to do is follow the cat's advice and power up his spiritual powers. Oh, and make sure he doesn't see women's undies, or else everyone is dead. 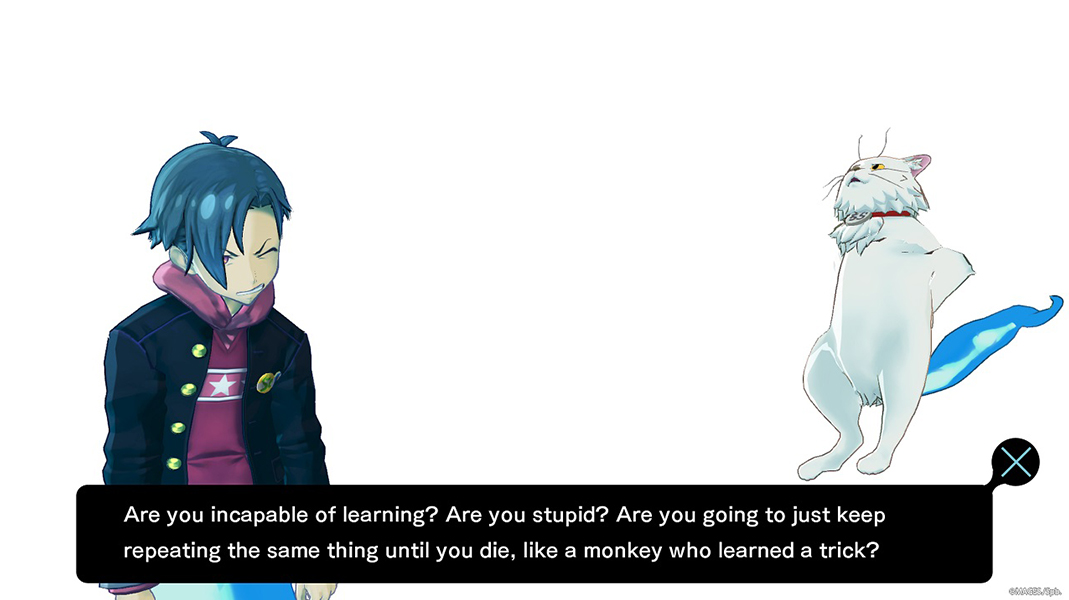 Punch Line is definitely one of those series that you can't explain in words without getting weird looks, and the visual novel adaptation is no different. This is very evident in its gameplay mechanics as well. For you see, to power up Yuta's ghost powers, he must spook his roommates enough to get a proper charge. At the same time, he needs to try and not peek at their panties, with the game's camera zooming in quickly when in shot and making it tougher for him to look away.

Once Yuta succeeds in the spooking, that's when he needs to set up chain events to bring his roommates together to help solve their problems. From strange misunderstandings to even keeping a character from being murdered, these quests tie up all the ends and beginnings that will lead Yuta to save the world from utter destruction. Both the spooking and chain reactions lead to some fun elements, be it for laughs or for some surprisingly clever ways of overcoming a hinderance. Thankfully, the game gives you plenty of leg room to try out various ideas and combinations to seek out the solutions to each. 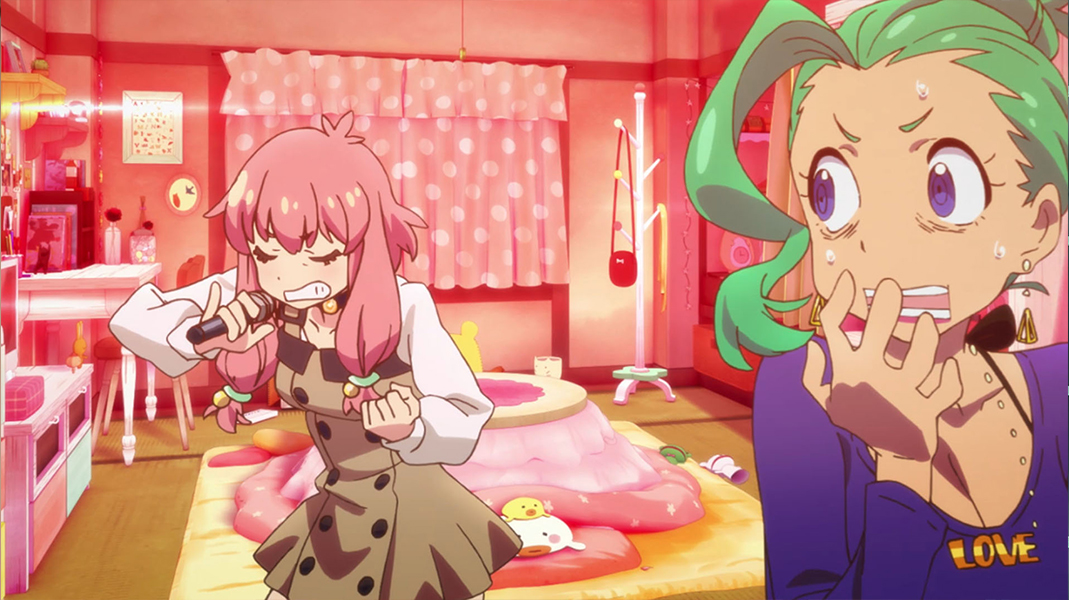 What's nice about Punch Line is how much it expands on the ideas of the anime. With the original creators and writers behind making the game, nothing added to the main plot feels out of place or out of character for each of the heroes and villains of the show. Even nicer is the addition of a stronger, happier ending than the anime delivered. (I don't want to spoil it here, but let's just say it's far more satisfying than what the series showcased.)

With that being said, people who play Punch Line should know going into it that they'll be having their controllers by their lap than they do in their hands. Throughout my entire 16 hours with this adaptation, less than two hours of it I would say is spent actually playing. (Heck, one of the game's final chapters is legit ripped from the original anime.) It's a bit of a shame, as there are some elements to the series that would've made it a decent action-oriented title (especially when it involves Mikatan's Strange Juice character). 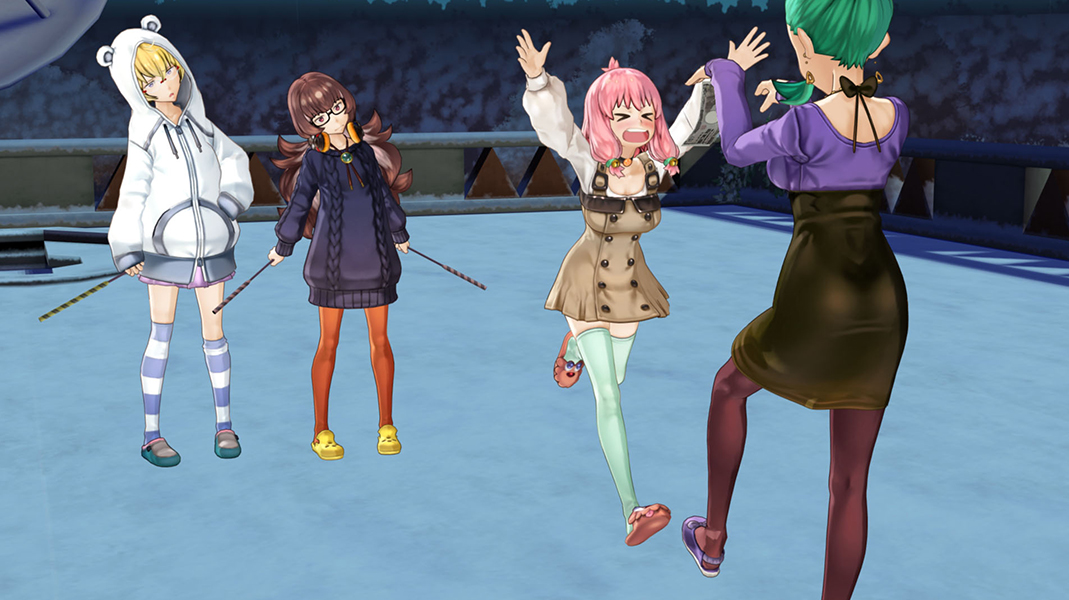 Thankfully, the story is entertaining enough to sit through all the visual novel parts of the game. With the likes of Sora Amamiya, Rie Kugimiya, Marina Inoue, and the rest of the cast reprising their roles, the strange tale is brought to life in a very loud and exciting manner. The jokes hit hard, the emotions run deep, and even the weirdness that lingers throughout is rather joyful to behold. It's not until the second half of the game when you see all the crazy parts start making sense, as the first half only gives you little fibers of hints of what exactly is going on. However, I was a little disappointed by how much the second half of the game was rushed, as my time with each later chapter was roughly 50-75% shorter than what the first 12 chapters were.

One other complaint I had with Punch Line is its character models. While it's nice seeing the cast in fully 3D mode, the way they moved about looked rather shoddy. Yes, they expressed themselves in the most anime of ways, but watching characters turning like they're doing a Michael Jackson spin every time was a little bit jarring. Honestly, I've seen demos made by college students that had more realistic movement than what I bore witness to in this visual novel. 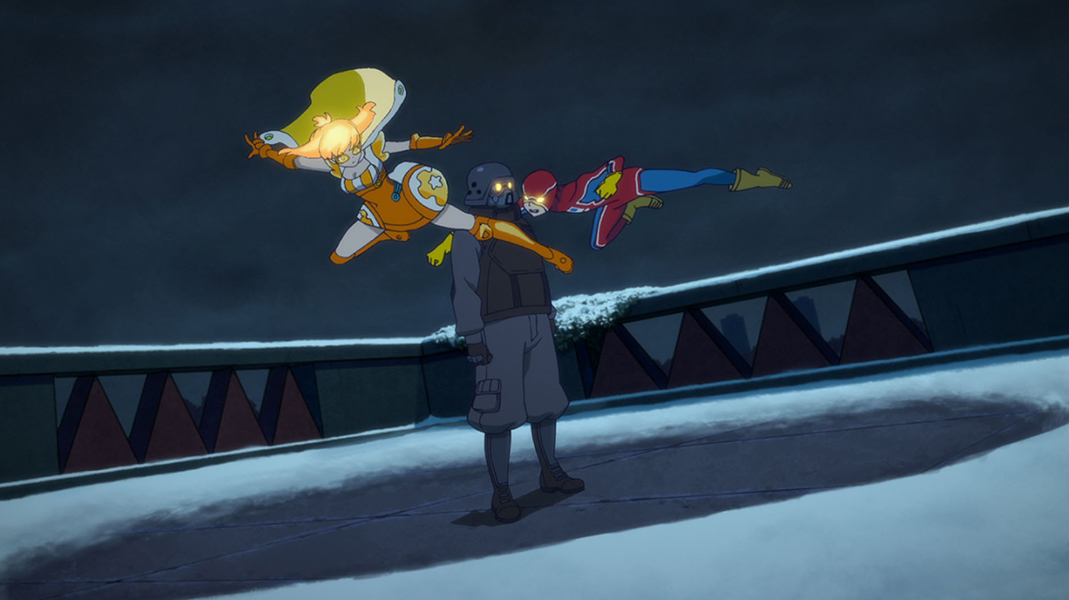 Once you complete the game, players will be able to unlock a special three-minute animated epilogue that serves as a humorous conclusion. You can also revisit past levels as you attempt to find every part of panties worn by the characters. If that's the sort of thing you're into, then it's definitely worth diving back in and replaying certain chapters.

Punch Line as a story is surprisingly deep, but also incredibly funny and pervy in all the right places. As a visual novel, it has its share of flaws that keeps it from being one of the greater anime-to-game adaptations. If you've watched the original series, it's a must-play; if not, then you may wish to get your visual novel kicks elsewhere.