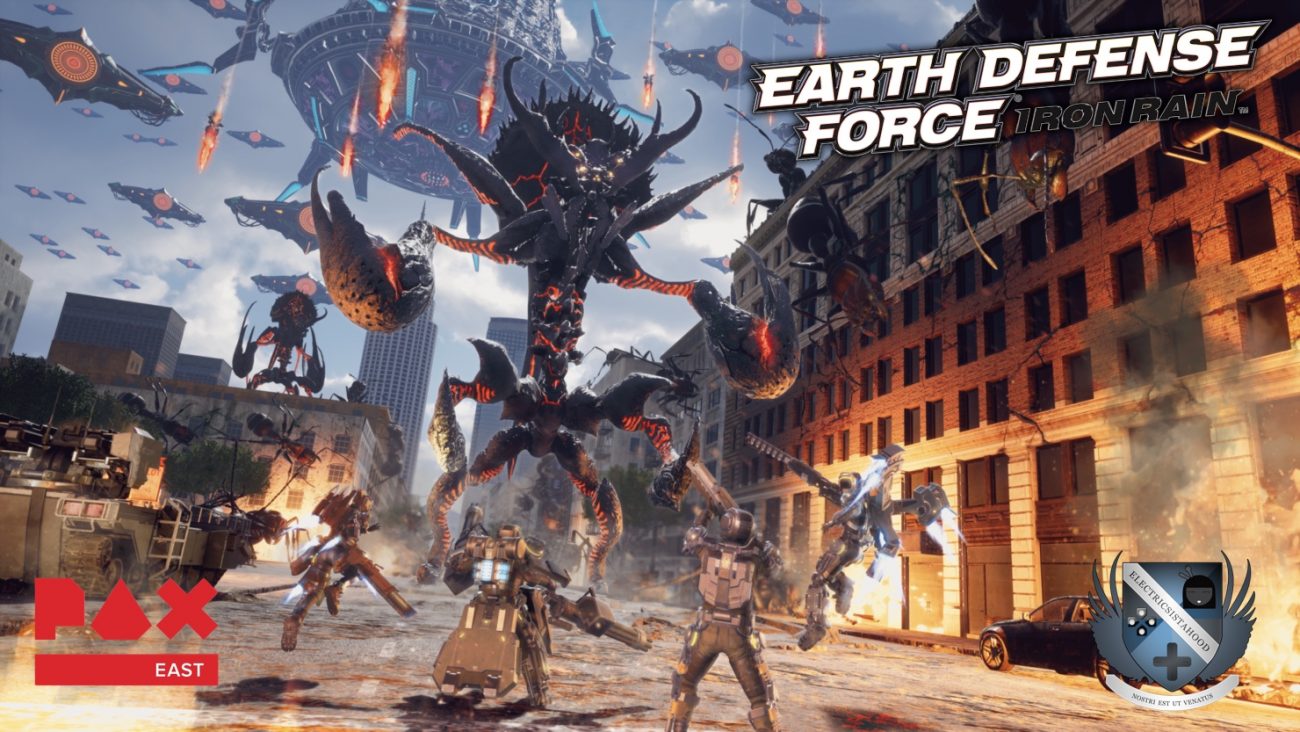 Iron Rain may be a new IP within the Earth Defense Force universe, but don’t you dare call it a mere spinoff! D3Publisher is placing its bets that this new addition to the cult hit franchise may bring it to the foreground of mainstream gamers all across the world. Considering what I had experienced at their PAX East booth, I may be inclined to agree.

At D3Publisher’s private area, I had the chance to experience first-hand how maddening Iron Rain is. The level consisted of myself and my crew going head-to-head with not just a gang of massive spiders, but also a bunch of giant robots itching to cause destruction all over the city. Apparently a huge crew of allies had been taken hostage, resulting in this rescue mission. With a massive gun and rocket launcher in my arsenal, it was time to wage war on these intergalactic insects! 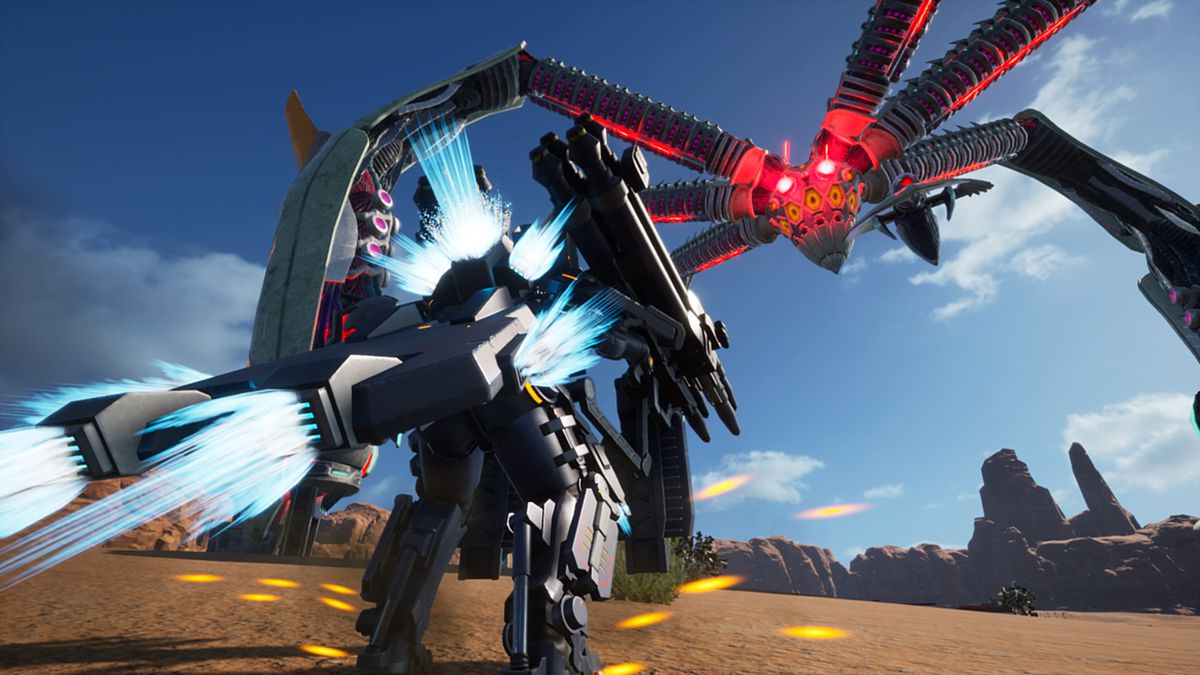 I learned quite a valuable lesson while playing the Iron Rain demo: bigger isn’t better; bigger is bigger. I say this because I thought to myself that it’d be far easier to take down the massive robots with the rocket launcher. Many times over, I attempted to complete the mission, all the while keeping track of the damage being caused by the survivors. Each play-through, I was greeted with a mission fail screen every time. That’s when I finally realized what I was doing: the blue orbs on the robots weren’t weak spots; they were the damn hostages!

So naturally, I changed my strategy and just used my gun to take down the robots. Things literally got stickier when the giant spiders arrived, as they pounced and shot web at my direction. While the robots exploded with fiery pomp and circumstance, the spiders would ooze green slime and shrivel up in a rather gross way! The mayhem these enemies delivered was overwhelming, but at the same time loads of slimy fun!

Thus far, Earth Defense Force: Iron Rain is looking to not just be a great addition to the main franchise, but a terrific gateway to nabbing new fans of the series. With its nonstop action and panicky mentality, D3Publisher’s latest seems destined to crawl up into the minds of players everywhere. It won’t be too long to see if this happens, as its April 11th release on the PS4 is just around the corner. Round up enough Raid and grab your stomping boots, because you’re going to need it when Iron Rain launches its storm upon ya!