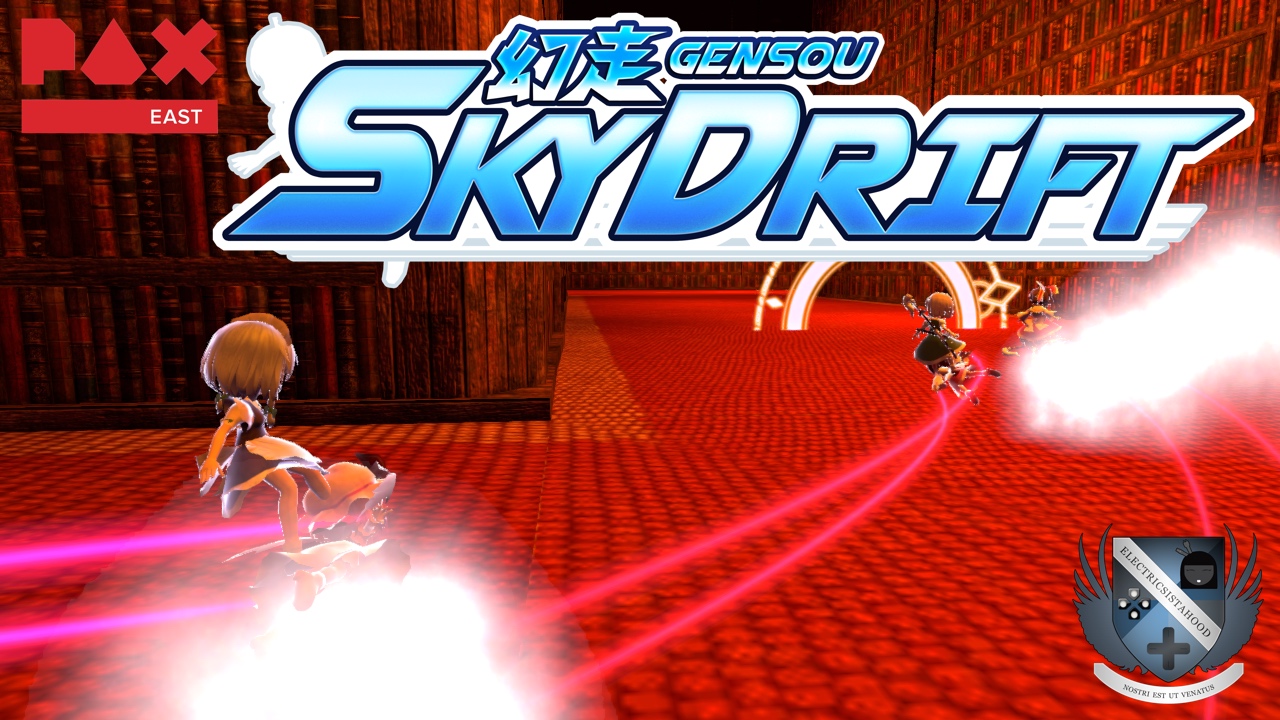 The Touhou Project has grown to craft many fan-based comics, anime, games, and various other forms of entertainment. But what happens when you bring in a bunch of former Mario Kart developers into the mix? The answer is one nutty concoction that can be only described as "waifu glide racing". At PAX East, the wacky races commenced with Gensou SkyDrift.

Demoed at the Unties booth, Gensou SkyDrift showcased a bunch of cute anime-styled girls in a foray of different tracks. These maps range from the easy to the incredibly drift-friendly, with many challenges laid out throughout the maps. Players pick two Touhou characters, with the ability to switch back-and-forth a la Double Dash mid-race. As you race, players will have to speed through gates to gain power to use various weapons that range from speed enhancers to some clever traps. 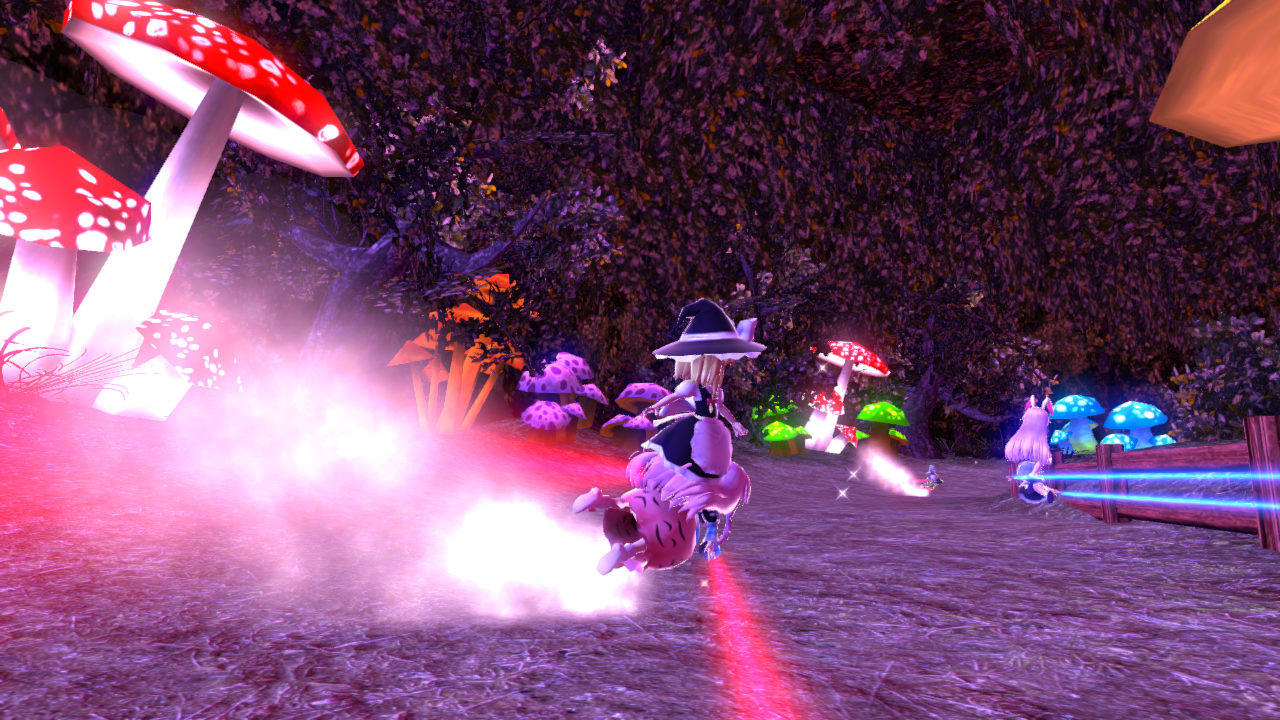 Playing Gensou SkyDrift is fairly easy to figure out, with some room for learning its ropes. Using the A or Y button to accelerate and B to brake took a little bit to master, as I’m more used to the L & R buttons for those mechanisms. (L & R are used here for weapons and character switching.) Despite their cuteness, the racers hold no punches in order to grab the top spots. Let me warn you early: these magical girls are ruthless as hell on the race track!

As the game is fan-made, you’ll need to expect it to not look like the greatest title out there. Graphically, it feels more reminiscent of a GameCube title than something from this current-gen. With that being said, it doesn’t take away from the fun and challenging that each race delivers. (It also is pretty funny watching a bunch of girls riding other girls like they’re hover boards, so there’s that incentive.) 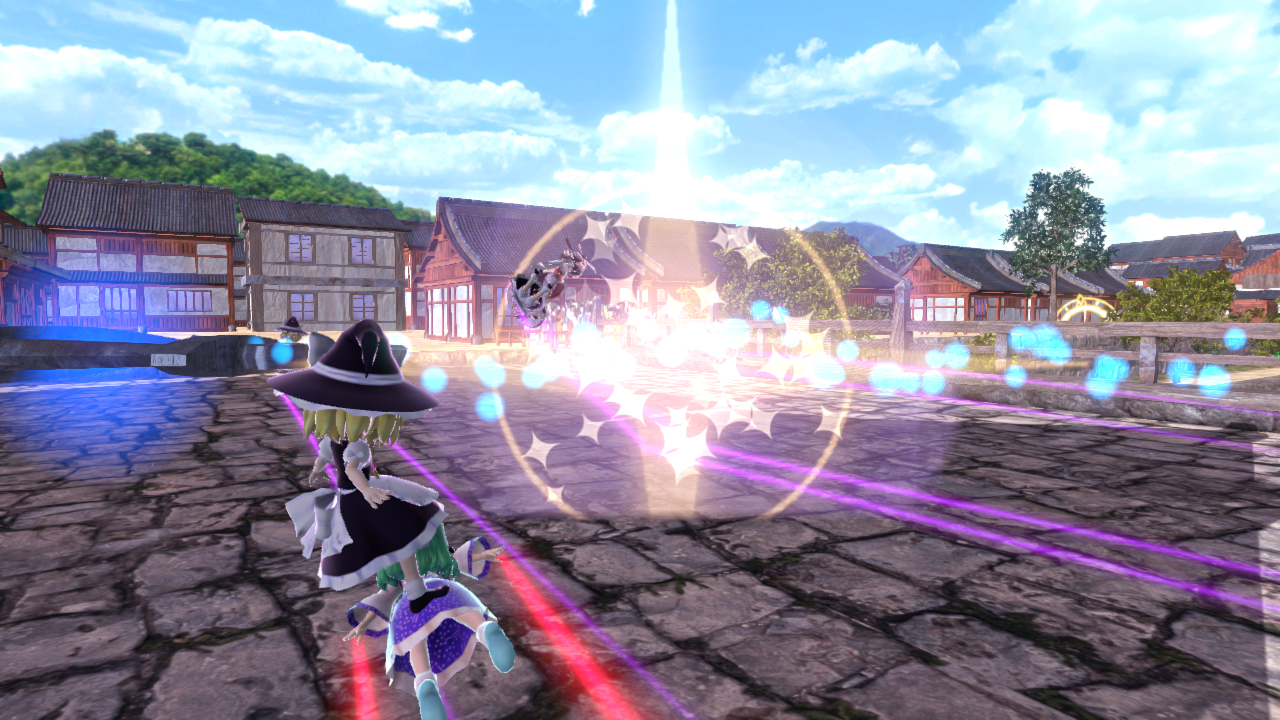 Gensou SkyDrift hits PS4 and Nintendo Switch later this year. Needless to say, you might not find a more weirdly fun racer than what the Touhou community has to offer!