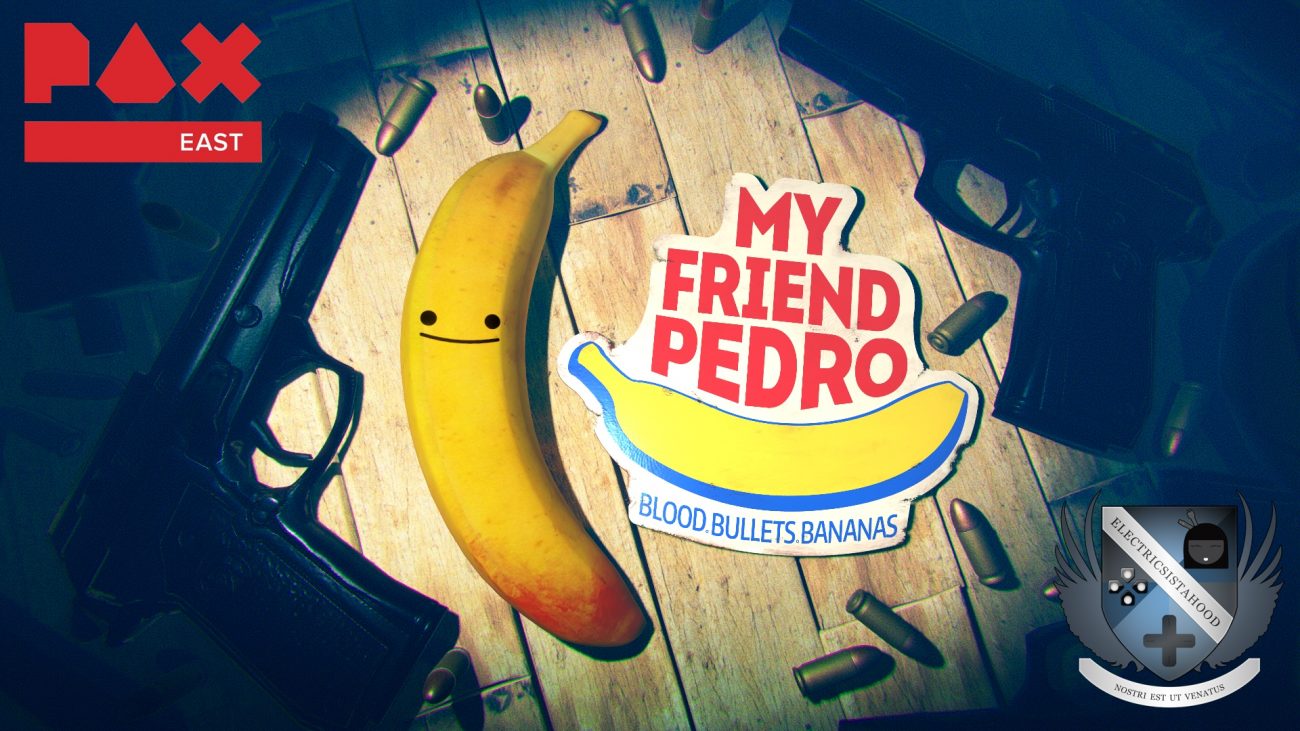 Quick: when’s the last time you played a video game where your partner’s a talking banana?! The answer is probably never, unless there was a Bananas in Pajamas video game that existed back in the day. At any rate, My Friend Pedro, the newest game from DeadToast Entertainment, aims to be the very best game where you talk to a yellow piece of fruit. Well, that’s not the only reason why you should be checking this title out.

At the Devolver Digital booth, I was given the chance to play the first couple of levels of My Friend Pedro. I started in an empty room, where the talking banana wakes me up and checks to see if I’m okay. From there, I started to make my escape from the warehouse, run by some crooked butcher and a gang of his mafia buddies. When I found myself a couple of pistols, that’s when the truly crazy parts began. 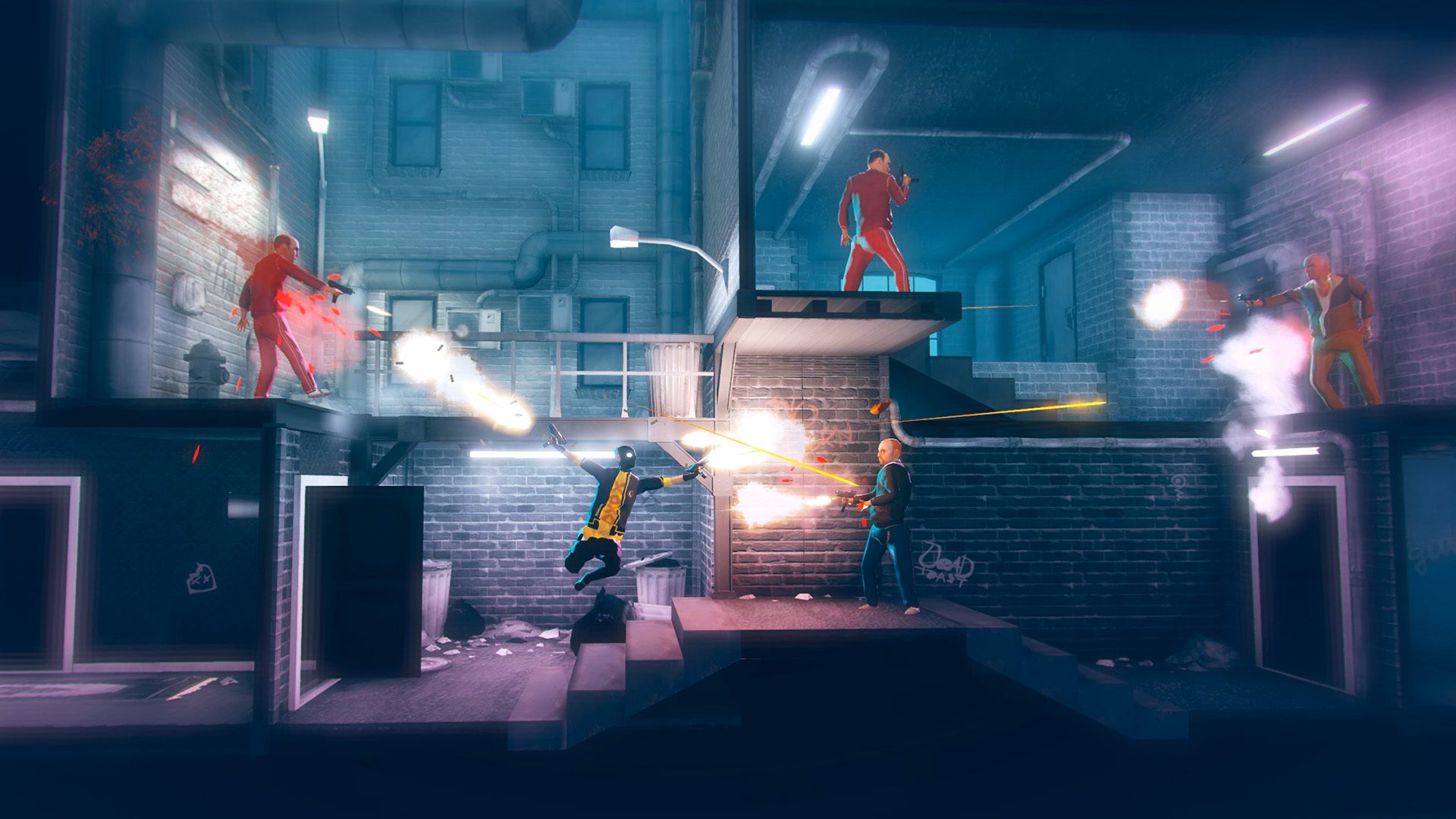 Soon I was thrown into a ballet of bullets and blood, as I shot, spun, flipped, and rolled my way through multiple enemies. With the aid of some good ole fashion time-slowing techniques, I was able to properly gun down any mafioso that stands in their way. Even facing off against turrets, all I had to do was make a graceful spin to evade the hail of death that shot my way. Things went into overdrive when I hit the road, speeding down a highway shooting down bikers, cars, and the angry butcher aiming to make me his next slice of pork.

Presentation-wise, it’s hard not to enjoy the insanity that My Friend Pedro brings to the table. Every moment in the game is brought to life with a mixture of wanton violence with googly eyes pasted on. Never a dull moment in the demo, DeadToast’s title is the kind of game that scratching your trigger finger and tickles your funny bone all at once. In that sense, people will no doubt have a blast with it. 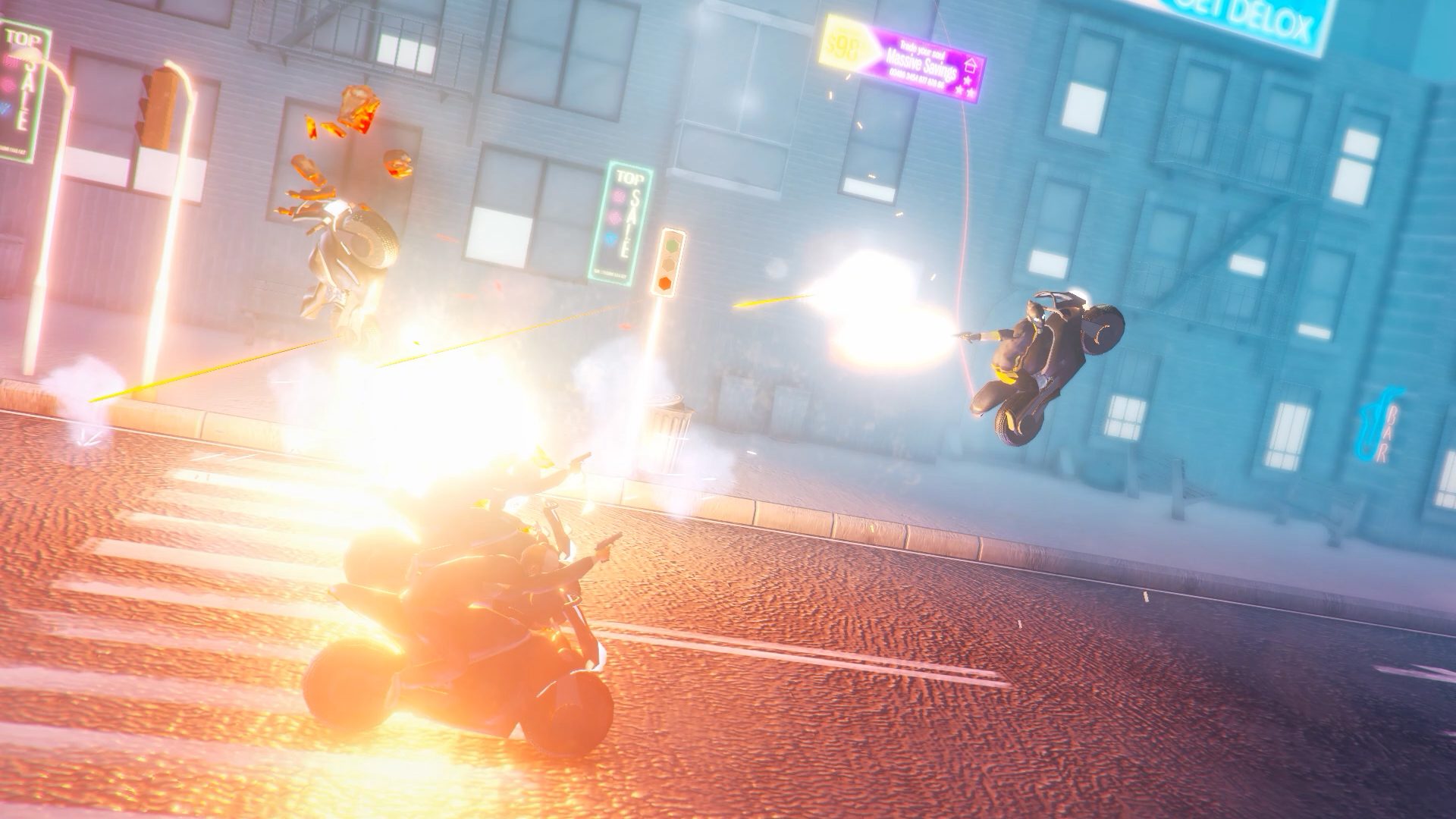 However, it’s when it comes down to its control scheme where some people might have a problem fully enjoying it. Because the game has you pushing multiple buttons at once to jump, aim, dodge, and shoot, I often found myself playing Twister with my fingers on the controller. While it wasn’t always difficult to figure out how to properly play it, I do have to say that there will be elements and scenarios that will require you to conduct the near-impossible in order to stay alive. From this perspective, some gamers may take issue.

Thankfully, there’s a lot more good times than bad to be had with My Friend Pedro. With a combo system similar to Tony Hawk’s Pro Skater, the title seems to want to reward players with their creative kills and silly spills. We won’t have to wait too long to bear witness to the madness of My Friend Pedro, as it’s set to be released this June on PC and Nintendo Switch. Until then, be sure to get your daily supply of iron and potassium in!