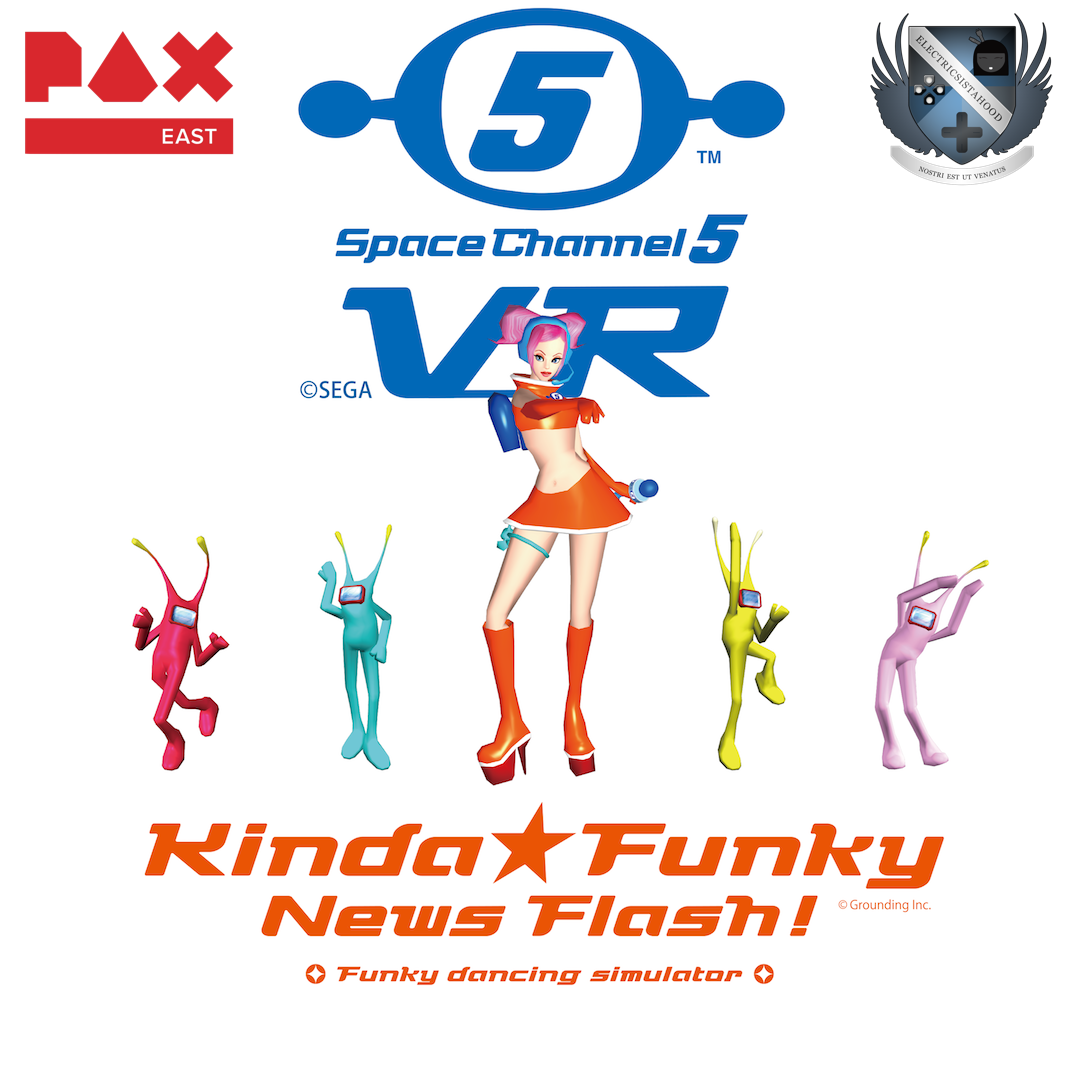 It has been eighteen years since Ulala and the rest of the Space Channel 5 crew has graced their own video game. While they have popped up in various other games, the dance-happy news crew has found themselves missing out in many a boogie-inducing adventure. That all changes later this year with the release of Space Channel 5 VR: Kinda Funky News Flash!, hitting both HTC Vive and PlayStation VR. From its demo, players can expect to get their groove on in many a fun way!

At the PlayStation booth at PAX East, I had the opportunity to check out Space Channel 5 VR’s first level. With the VR headset on and Move controllers in-hand, I was at first placed into a tutorial to learn its basics. After transforming into a member of the news crew, Ulala showed me the ropes on how to get truly funky on the dance floor. Though the movements were sort of easy to figure out, it’s when they start combining the techniques one after another when it started to present a solid challenge.

The tutorial then gets interrupted by an alien invasion, whose purpose is to make everyone dance under their control. Going face-to-face with the aliens, I had to time my movements properly to avoid being hit by enemy fire or — like I normally do — messing up the routine in any way. After facing a couple of alien waves and taking them out with some slick dance moves, I was then introduced to the big baddie of the level. Unfortunately, before I could attempt to out-dance it, the demo ended with my score of 84% being proudly displayed on-screen.

Bringing Space Channel 5 to the VR realm is a no-brainer, and Kinda Funky News Flash! thus far is pushing Ulala into the right direction as to how to evolve the long-dormant franchise. For the most part, controls were pretty responsive, with only a couple of times where my moves weren’t read. Graphically, the game keeps to the original visual style, albeit with a slicker and brighter coat of paint. Most important of all is how it feels to play Space Channel 5 in a virtual space.

Dancing around in this futuristic world delivers not only a good challenge, but a hell of a great workout! Moving your arms and body to the beat & commands gave off such a wonderful euphoric sensation as you are engulfed into its surrounding. The one big takeaway from the demo was its puffy and positive attitude, as it encourages players to keep at the moves and never scorning them if they mess up. Even after the demo was over, I was itching to dive back into the fun that Ulala and the gang delivered in this showcase.

Space Channel 5 VR: Kinda Funky News Flash! is due for release later in 2019 on PlayStation VR and HTC Vive. Here’s hoping Ulala will deliver a new revolution in virtual dancing for all to enjoy!