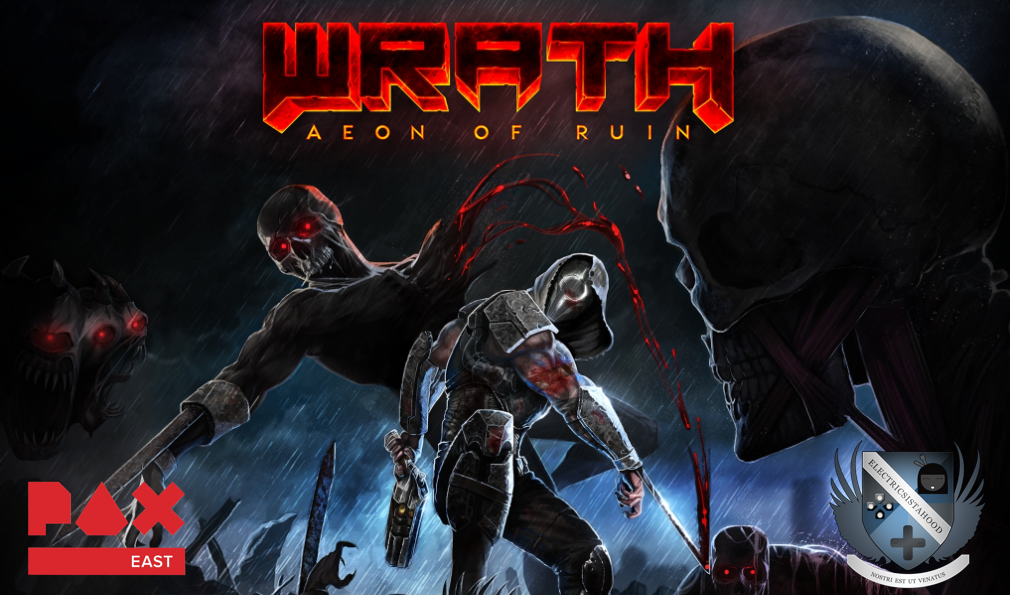 The team-up of 1C Entertainment and 3D Realms seems like a very good fit. Both go for the jugular when it comes to violent games, as well as give no damns as to how far they’d like to take each experience. With the original Quake engine in their possession, they aim to craft a retro first-person shooter with the mechanics of a modern one. This resulted into WRATH: Aeon of Ruin, one crazy ride through Hell that’s aiming for gamers’ hearts and skulls!

At PAX East, 3D Realms and 1C Entertainment showcased the first bits of WRATH for players to experience. You first start off with a sharp blade, which can make quick work of walking skeletons. Soon you being to work your way up to pistols and shotguns, going all the way up towards rocket launchers and what appeared to be a gun that shot sharp fangs. This demo also introduces players to the kinds of demons and monsters you’ll be facing in this game, ranging from boil-busting zombies to flying acid-spitting demon bats. 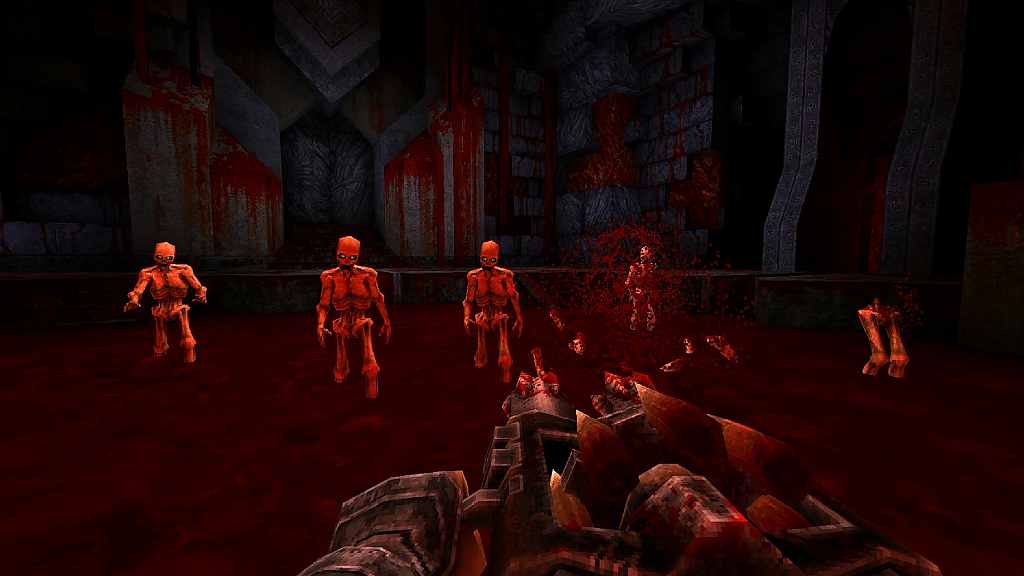 One of the biggest draws to WRATH: Aeon of Ruin is its graphical capabilities. Despite it using an older engine, I was very surprised by how precise and detailed my attacks were. From headshots and explosive hits to watching a skeleton get hacked one piece after another, there’s a lot placed into the mechanics of this game. Although it looks like a game from twenty years ago, it had the feel and style of something you’d expect from a bigger AAA title.

Control-wise, WRATH plays wonderfully. Swapping weapons and aiming at your enemies is a breeze, with going from gun to blade and then to shotgun being relatively easy. Maneuvering through the dungeon-like areas led to me discovering some cool hidden rooms and secrets, all of which aimed to assist me in my quest to destroy all that stood in my way. All in all, the experience I had was with 3D Realms’ next title was pretty dang good. 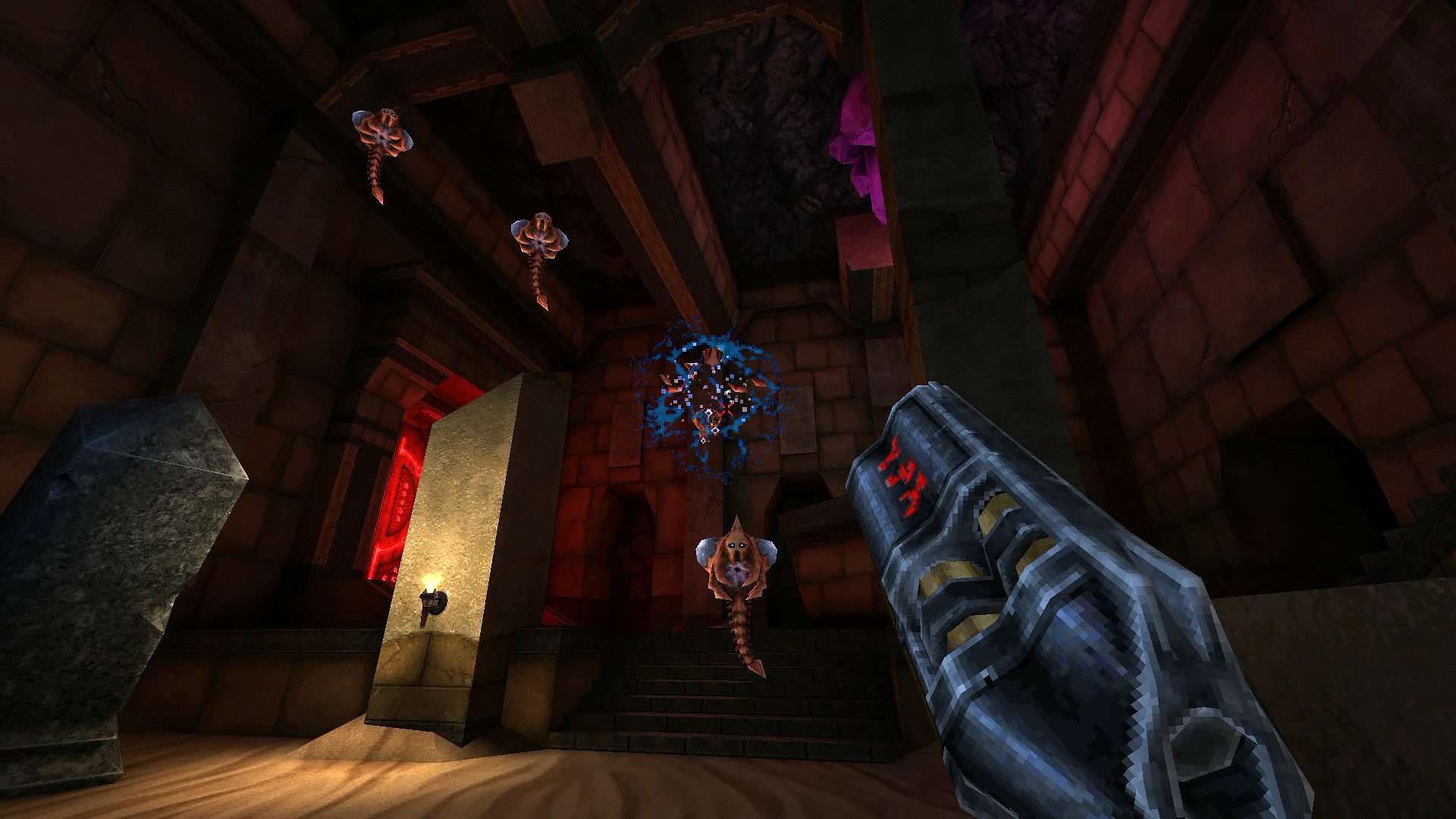 However, it didn’t quite reach "damn good" levels. My play-through was unfortunately interrupted by a pesky bug. This bug caused my character to start walking on walls, with one bad slip down a long hallway leading towards my death. With the game still deep into development, these sorts of errors should be expected. Still, having this happen kind of soured my good times.

Despite this abrupt end, WRATH: Aeon of Ruin was loads of fun. I thoroughly enjoyed what 1C Entertainment and 3D Realms was aiming for, as it bridged a gap between classic and modern shoot-em-ups. Even though a set release date has yet to be announced, fans of both classic and newer FPSes will no doubt dig the WRATH that is brought upon their very essence!