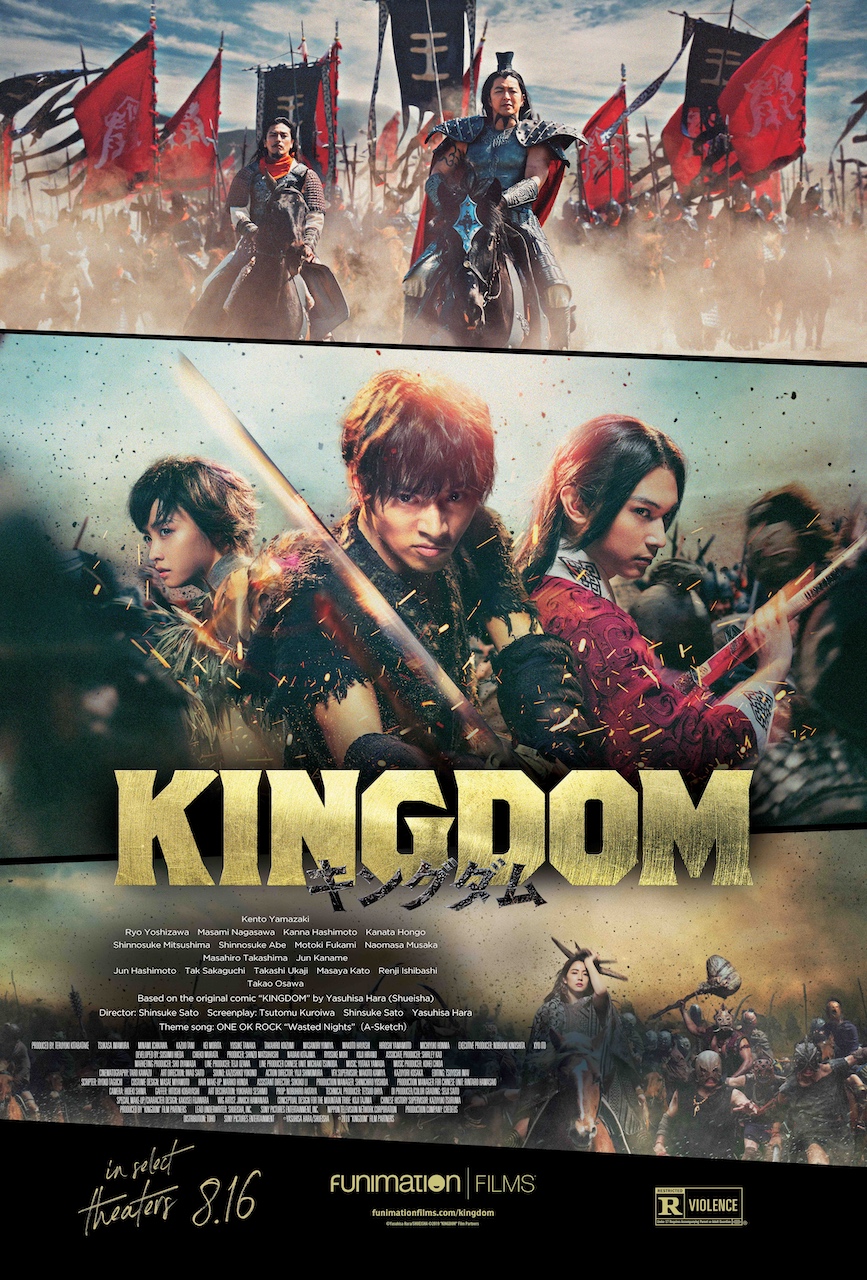 FILM REVIEW | Taking Back a "Kingdom" One Battle After the Next

Adapting a manga for the big screen can be a daunting task, especially one that’s been running nonstop for well over a decade. Director Shinsuke Sato has taken the burden of bringing Yasuhisa Hara’s Kingdom, which is in itself an epic retelling of ancient China’s Warring States period. In the past, Sato has found success with adapting manga and anime into live-action spectacles, with such films as The Princess Blade, I Am a Hero, and the surprisingly good Bleach fitting well with the source materials’ repertoire. Does he manage to do the same with Kingdom?

With a script by Sato, Hara, and Tsutomu Kuroiwa, Kingdom focuses on the tale of Ying Zheng (Ryo Yoshizawa) and his quest to reclaim the throne his brother Cheng Jiao (Kanata Hongō) stole from him. With the aid of a strong peasant named Li Xin (Kento Yamazaki) and noble mountain warrior He Liao Diao (Kanna Hashimoto), Ying aims to not only place himself back at the top, but also unify all of China under his rule. As the number of warriors and assassins grow to attempt to thwart Ying’s plan, new allies slowly start to emerge from the wayside, including Yang Duan He (Masami Nagasawa) the leader of a rough ‘n’ tough mountain tribe. As the numbers on both sides grow, only one thing will settle this “family strife”: a bloody battle. 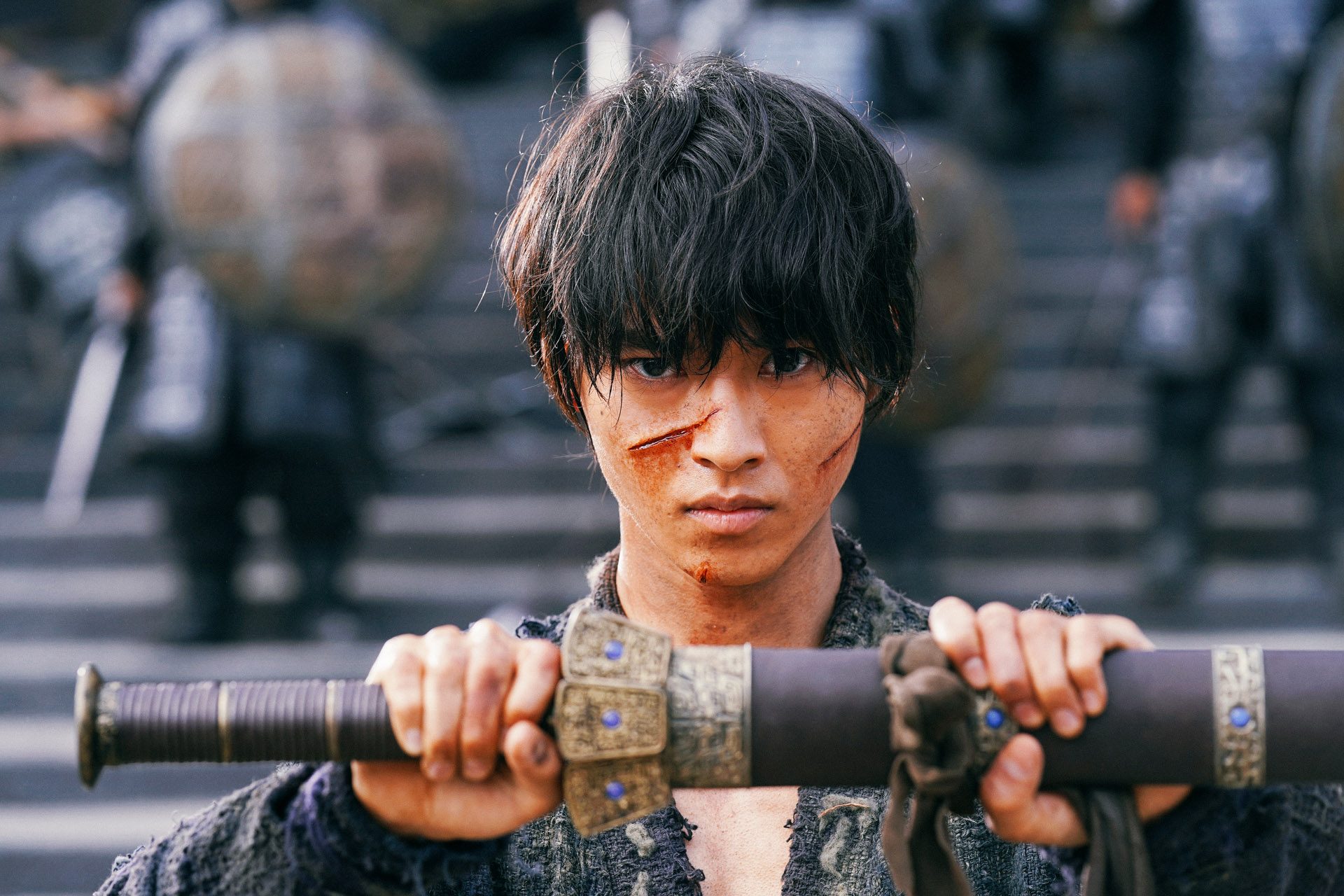 Despite it being a Japanese production, Kingdom has more in common with China’s wuxia film genre. From its cinematography to the tone of both the fights & human emotion, Sato has managed to emulate the style and personality of a film akin to the likes of Zhang Yimou’s Hero and John Woo’s Red Cliff. This is evident in the strong performances of Yoshizawa and Hongō, whose rivalry creates a strong amount of tension through the film’s 132-minute runtime. But the real meat of the film is when swords are drawn and warriors scream for blood, and it has plenty of that to spare!

When it comes time for a classic battle to unfold, nothing is held back. Watching as two strong warriors battle it out is just as exciting to behold as is a massive battle with hundreds of soldiers making a long tally of Death’s to-do list. Because of it being based more on Hara’s manga rather than the actual events of the Warring States, some room for fantasy is placed, especially when it comes to the near-invulnerability of the mountain tribe. It does take a bit of immersion out of the experience, but viewers will quickly toss such complaints aside for the sake of the excitement the movie delivers. 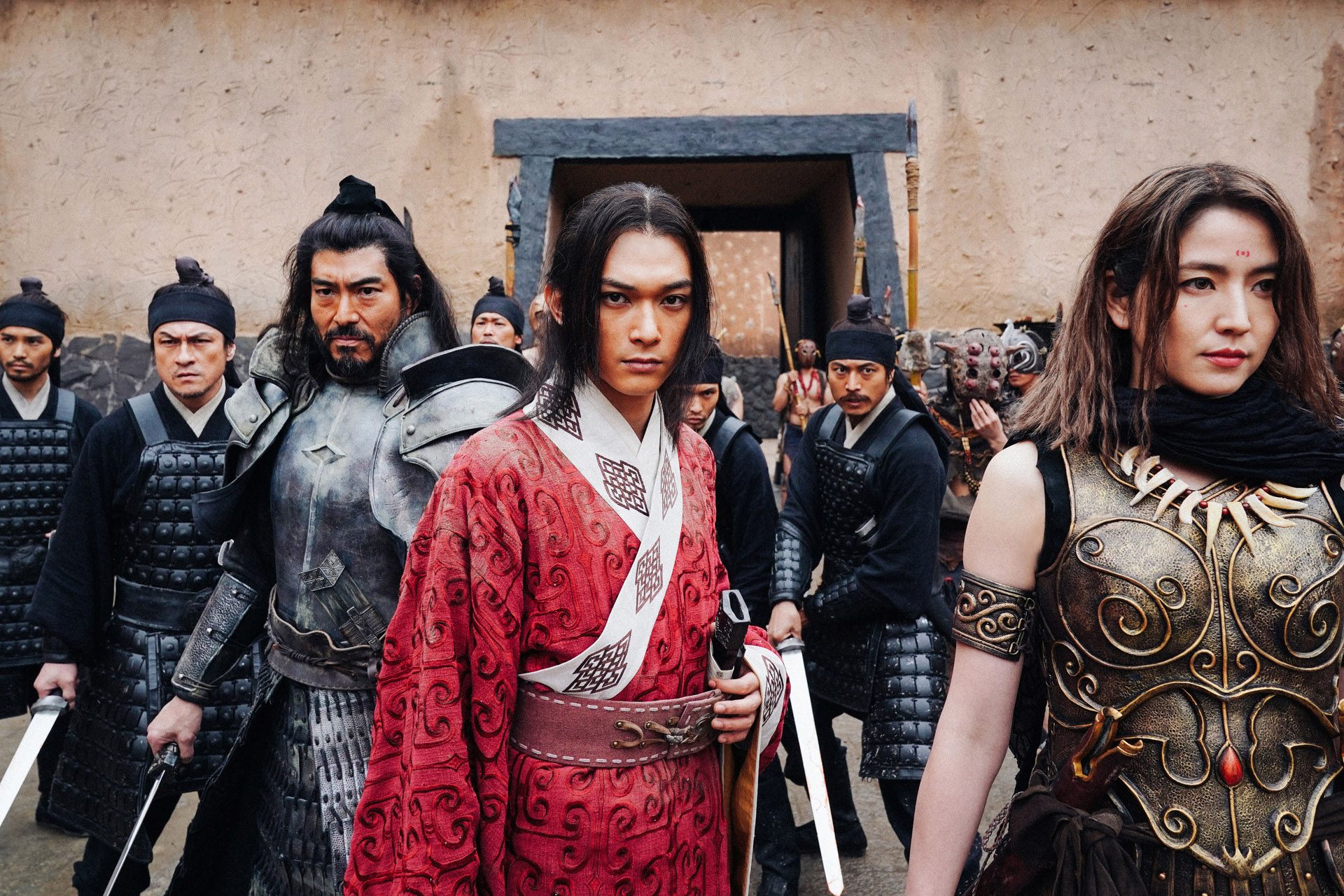 Although the film keeps to a mostly serious mentality, it’s some of the surprising humor that comes out of Yamazaki’s performance that keeps the world of Kingdom grounded. As Yoshizawa’s Ying keeps his kingly persona in-check, Li Xin will often take the common man route with his speeches and mannerisms. In a way, Yamazaki is somewhat the Everyman in this film, speaking from common sense and heart that helps to aid the fallen king back to his throne. His presence is entertaining, but at the same time filled with the heart of nobleman and the spirit of a warrior.

For an adaptation of a manga series, Kingdom delivers a mighty epic that stands toe-to-toe with some of the better ancient war films. Exciting from start to finish, Sato crafts a blade that cuts through stone like it was Jell-O. Although it does set itself up for a possible sequel, the film stands alone well unto itself thanks to its well-contained story, strong performances, and impressive fight sequences. Even if you’ve never read the original series (or watched its anime adaptation from earlier this decade), Kingdom will no doubt find a way to take your breath away.