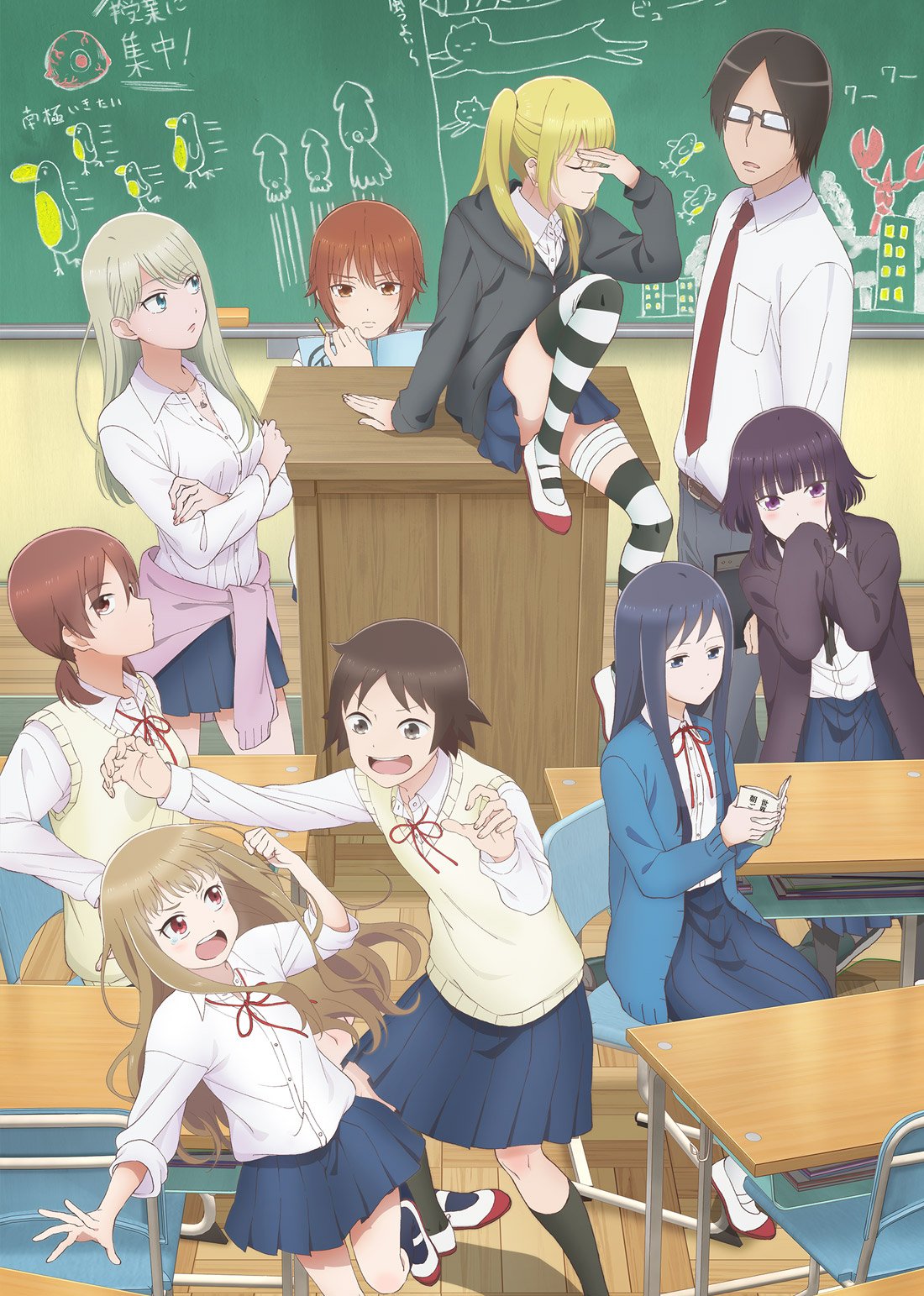 Hey readers, can I say something amazing right now? Okay, it’s not really “amazing,” per se, but it’s quite interesting to say the least. It has to do with the anime Wasteful Days of High School Girls, which is currently airing this summer. At first, I had just waved it off thinking it was just a Nichijou knockoff that lacked the big-budgeted visuals of the classic gag anime. But as the weeks wore on, I found myself laughing more and more at the strangeness that this series was throwing at the screen. Despite it not registering on my radar initially, Wasteful Days of High School Girls has become one of my most anticipated watches of the week!

The odd thing is that there really isn’t much to talk about plot-wise about Wasteful Days of High School Girls. It takes a more ensemble approach with its narrative and focal points, with just about every character on the screen having their own moments. From the ditzy antics of Baka (Chinatsu Akasaki) and the childish mannerisms of Loli (Maria Naganawa) to the overtly-imaginative Yamai (Miyu Tomita), the students and teachers of this anime series all get to show its viewers what they’re made of. Despite it being a series about nothing, there’s quite a lot that’s being said by these somewhat strange folk. 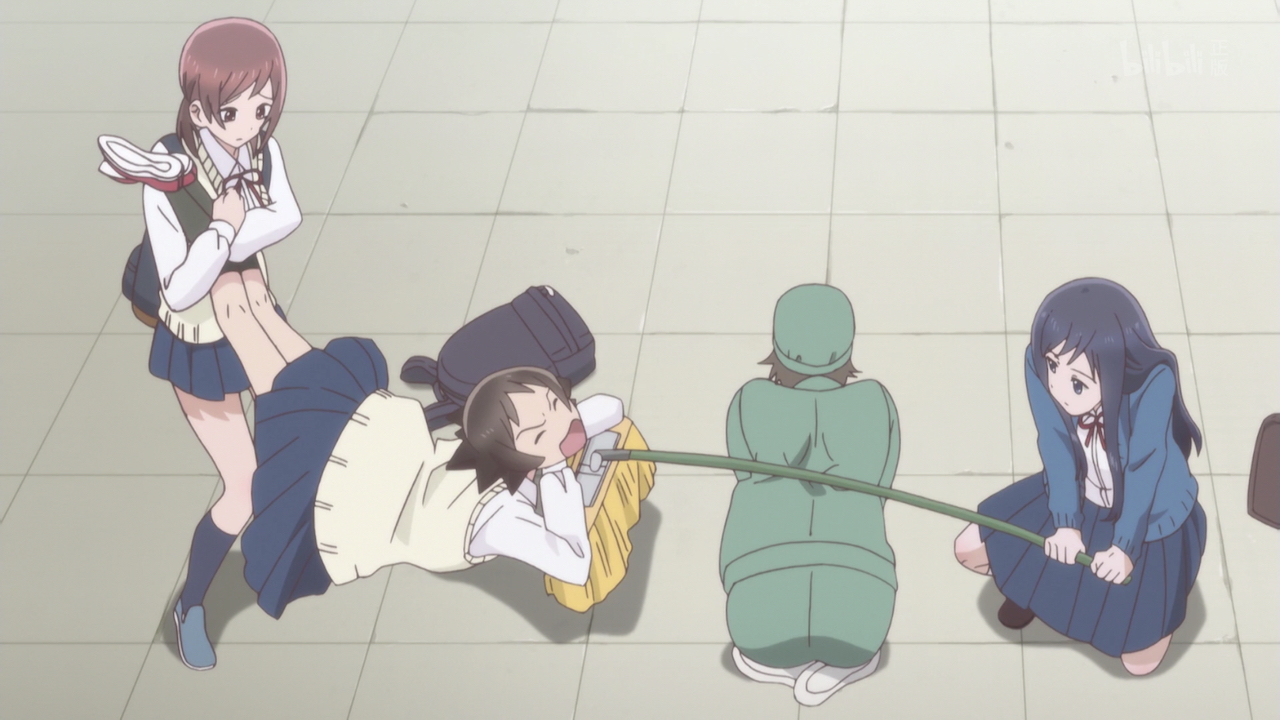 At times, Wasteful Days of High School Girls goes a similar route to Lucky Star, where the characters basically sit around and talk nonchalantly about random stuff. Other times, it has a similar tone to YuruYuri, where certain discussions make a sharp left turn towards the ridiculous. There’s even a hint of Asobi Asobase when it comes to character reactions and certain zaniness. But despite these comparisons, there’s surprisingly a lot of uniqueness thrown into the anime’s scenarios.

Case in point: one of the show’s most wonderful running gags involves Yamai being constantly chastised by the teacher Waseda (Kazuyuki Okitsu). During these moments, Yamai goes into long rants and stories, claiming to be not of the human race and instead crafting epic back stories to excuse her behavior. These tall tales go so far deep into detail and exploding with fantastical reasoning, that one cannot help but shrug off her craziness. (Waseda almost always having the lens in his glasses popping out at the end makes for a visual reaction that you can’t help but laugh at every time.) 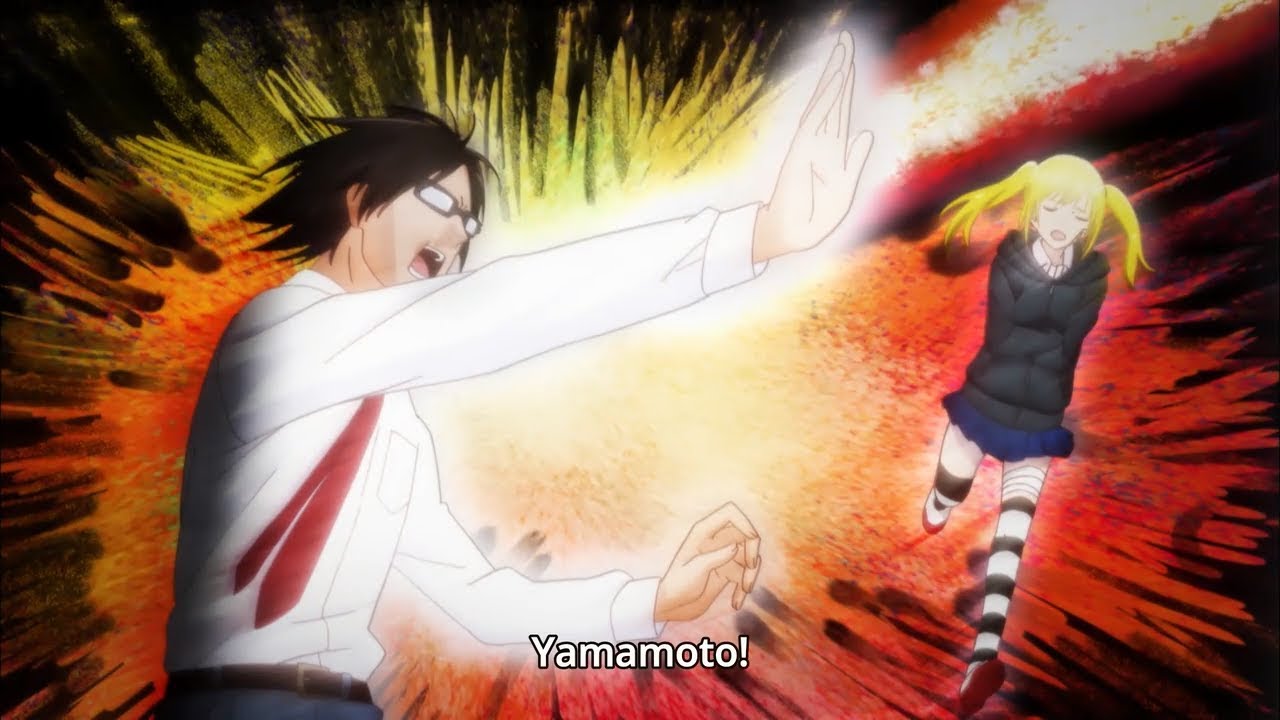 However, it feels as if Baka is the glue to everyone in Wasteful Days of High School Girls. She constantly ponders about life’s (not really) great mysteries, to the point where her friends often have to stop and think about her absurdity. Her antics would make any person in the real world walk towards the nearest wall and starting banging their head on it, it gets that bizarre! No one is safe from her stupidity, and seeing the likes of Loli and Lily (Satomi Satō) get sucked into her idiocy makes for some of the funniest moments in anime this summer.

It’s an anime like this that makes me glad that women are written to be the same big idiots as men have usually been portrayed in past anime & cartoons. For years, boys have always been portrayed as the dolts of the gene pool, whereas girls ruled over common sense and daintiness. Watching Wasteful Days of High School Girls (as well as the other shows I’ve mentioned in this piece) brings a huge smile to my face, as it demonstrates how no matter what gender you are, you can still be a ginormous jackass! 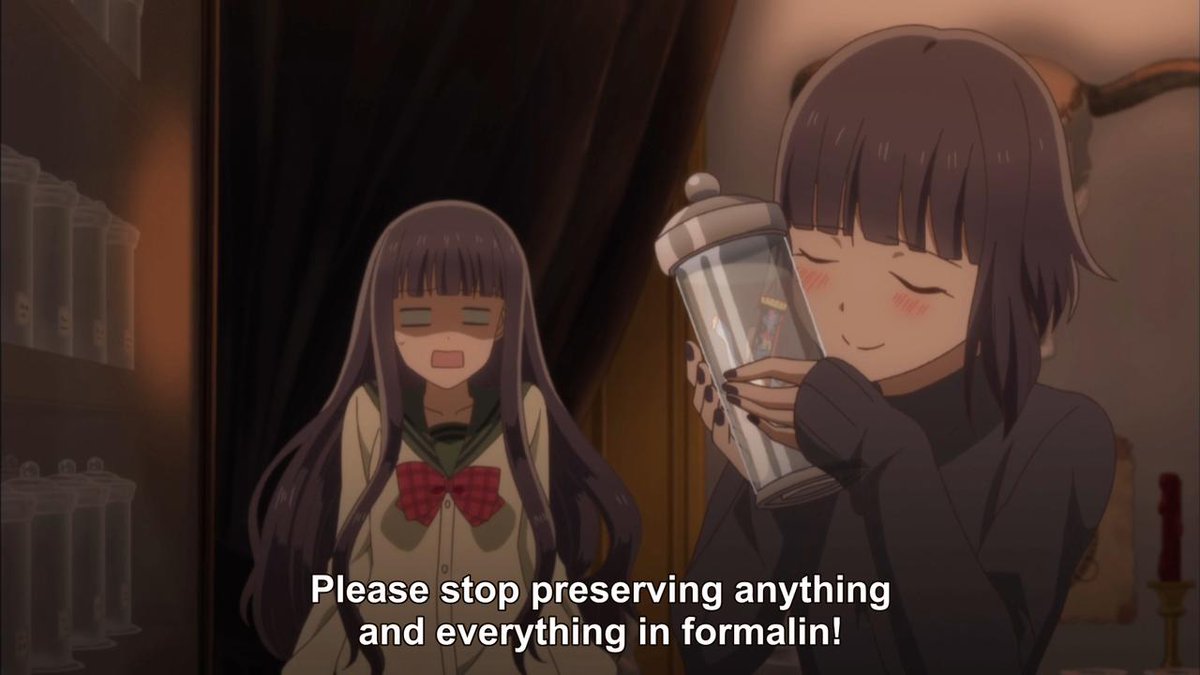 Passione (Hinako Note, Citrus) does a pretty decent job bringing this anime to the small screen. It’s not flashy with its presentation, nor does it stand out in any unique way. But when it counts the most, the zaniness that gets dished out is captured very well and with some pretty great facial reactions. It’s not by any means the best-looking anime of the Summer 2019 season, but it manages to showcases the best parts of the series well.

When it comes to its voice-acting, both Akasaki and Tomita crank the dumb and delusional to new levels as Baka and Yamai, respectively. The way the two perform their means of spinning fabricated stories and idiotic hypotheses is a treat for the ears. Naganawa is adorable as Loli, somewhat bringing to mind her performance as Kanna in Miss Kobayashi’s Dragon Maid. As the socially awkward Majime, Rie Takahashi delivers a fun tomboy-ish performance helps make her the most relatable and down-to-earth character in the entire show. 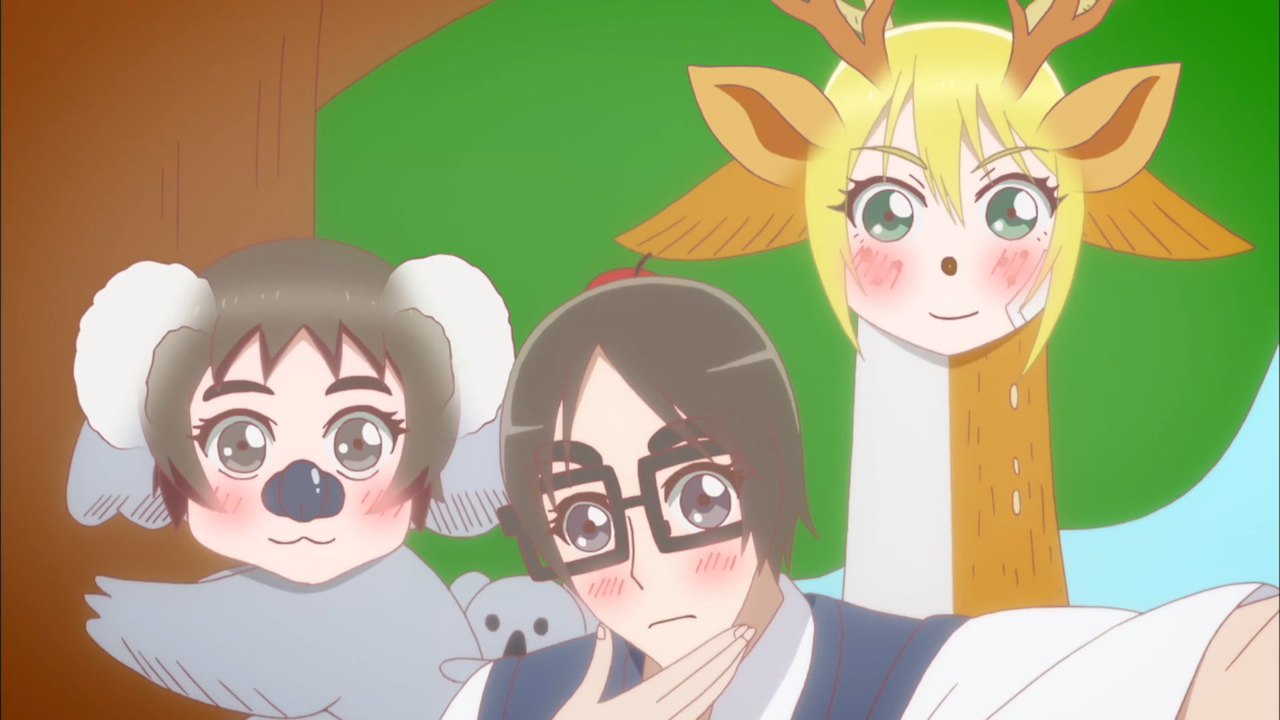 As for its musical score, Tomoki Kikuya (Squid Girl, Blend-S) delivers bouncy and goofy melodies that fit perfectly with the nonsense happening on the screen. Akasaki, Haruka Tomatsu (Wota), and Aki Toyosaki (Robo) take the reins for the opening and ending themes of the anime, both of which have very fun vibes all throughout. Although the dance-worthy ending “Seishun no Reverb” is delightful, it’s the opening “Wa! Moon! Dass! Cry!” that shines with its hip-hop lyrics and colorful silliness.

Wasteful Days of High School Days looks like a hard show to convince people to watch. However, the anime delivers one big laugh after the next. A few of your brain cells might go comatose during each viewing, but they’ll revitalize once again after bearing witness to the more brilliant gags it has to offer. Trust me when I say it won’t be a waste to experience the daily lives of Baka, Loli, Yamai, and the rest of the classmates and staff of Wasteful Days of High School Girls!

Wasteful Days of High School Girls can be viewed on HIDIVE and VRV. It has been licensed by Sentai Filmworks. Episodes 1-7 were observed for this review. Promotional consideration provided by HIDIVE and VRV.

GAME REVIEW | All Eyes On Kamuroch...