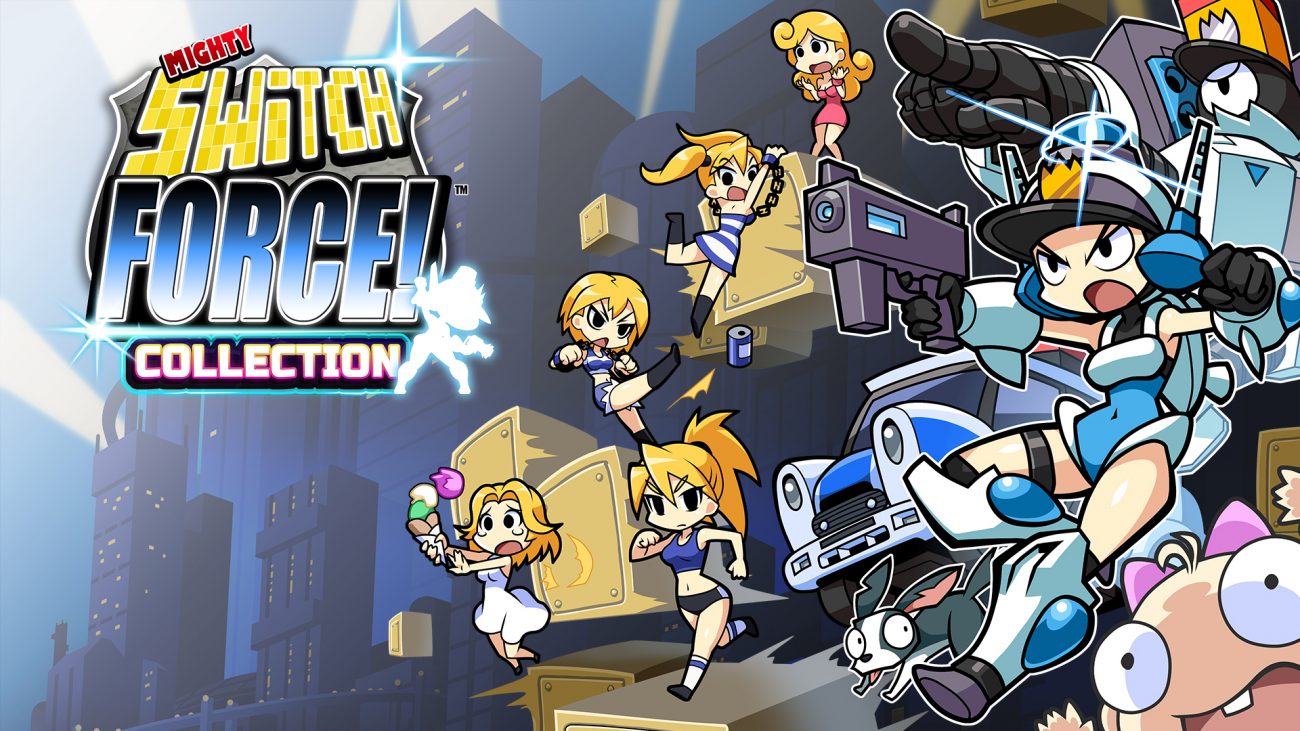 WayForward knows how to deliver a good time, even with the most simplest of mechanics. This is very evident in their Mighty Switch Force! series, which had delivered loads of challenges with a mere simple twist. For those who’ve been in the dark, WayForward has got you covered with its four-game combo pack Mighty Switch Force! Collection.

Featuring Mighty Switch Force! and its Hyper Drive Edition, Mighty Switch Force! 2, and Mighty Switch Force! Academy, this collection delivers a special twist on each of its formulas. While all of these titles have the switching mechanic that’s used to reach higher/lower areas and defeat certain enemies, each title has another mechanic that’s different from the other. The original game and its remake are your classic run-and-gun title; its sequel uses fire and water to add to the challenge; Academy goes the old-school arcade route. All of them showcase at least 20 fun levels that get harder the higher you go. 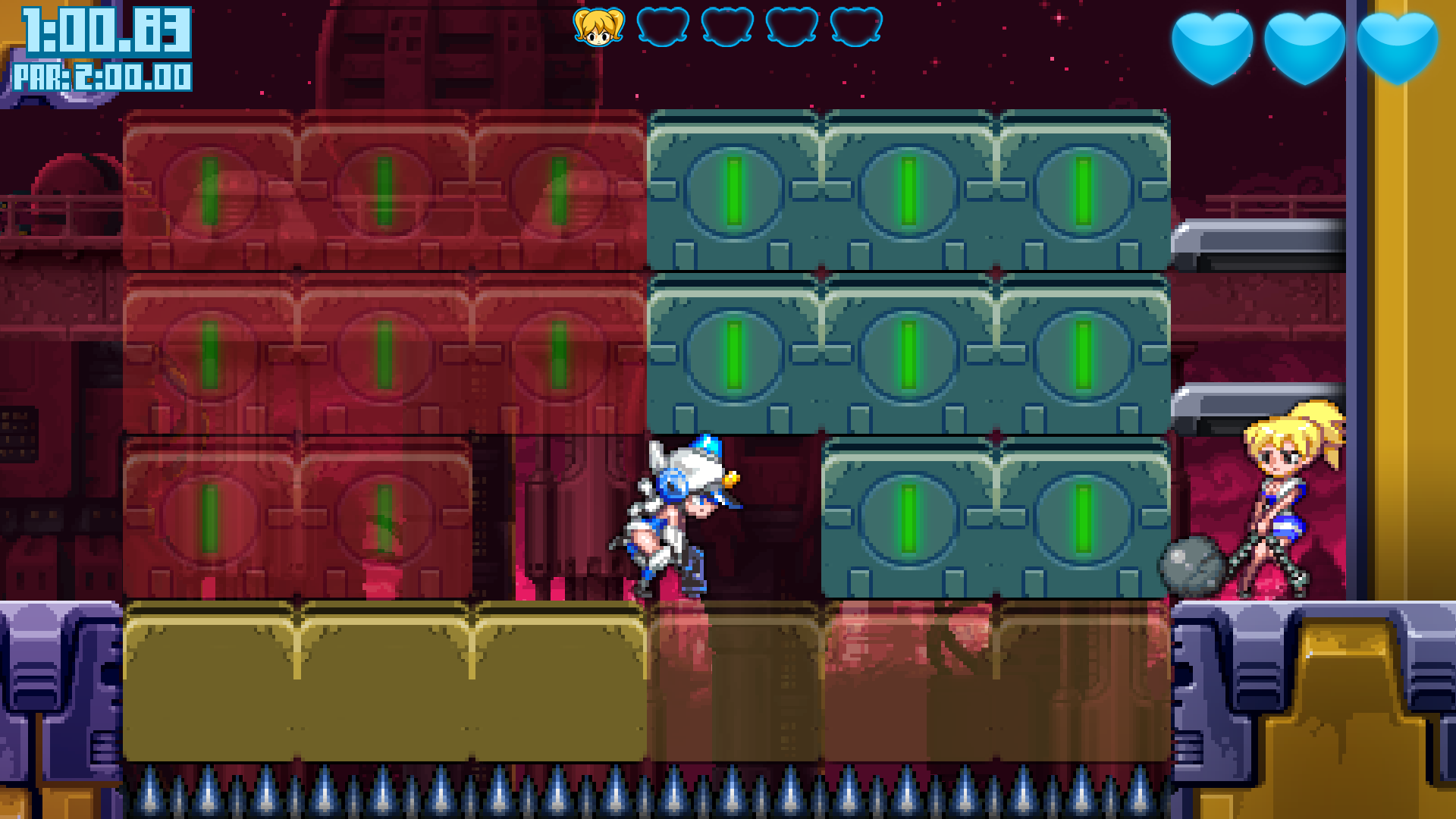 One other mechanic that’s in the Mighty Switch Force! franchise is how it’s timed. While you can dilly all throughout the dally as you tackle each level, those in the mood to speedrun the courses can try to complete them under the time recommended. And believe me: it’s no easy task! How any of these levels can be completed under 90 seconds is beyond baffling, with some areas taking me close to five minutes to complete! Hell, one level in Mighty Switch Force! 2 almost took me fifteen minutes to fully complete!

A big thing about this series is its unforgiving way to treat one’s progress. Die, and you’ll have to start each level right at the beginning. While there are checkpoints, those are only for whenever a player accidentally squishes hero Patricia between a switch block. It’s a mechanic that’s intentionally frustrating, with some death instances happening just as soon as you arrest/rescue all of the prisoners/civilians that are in each level. (Trust me: I’ve dropped more f-bombs playing this collection than anything else I’ve played all year!) 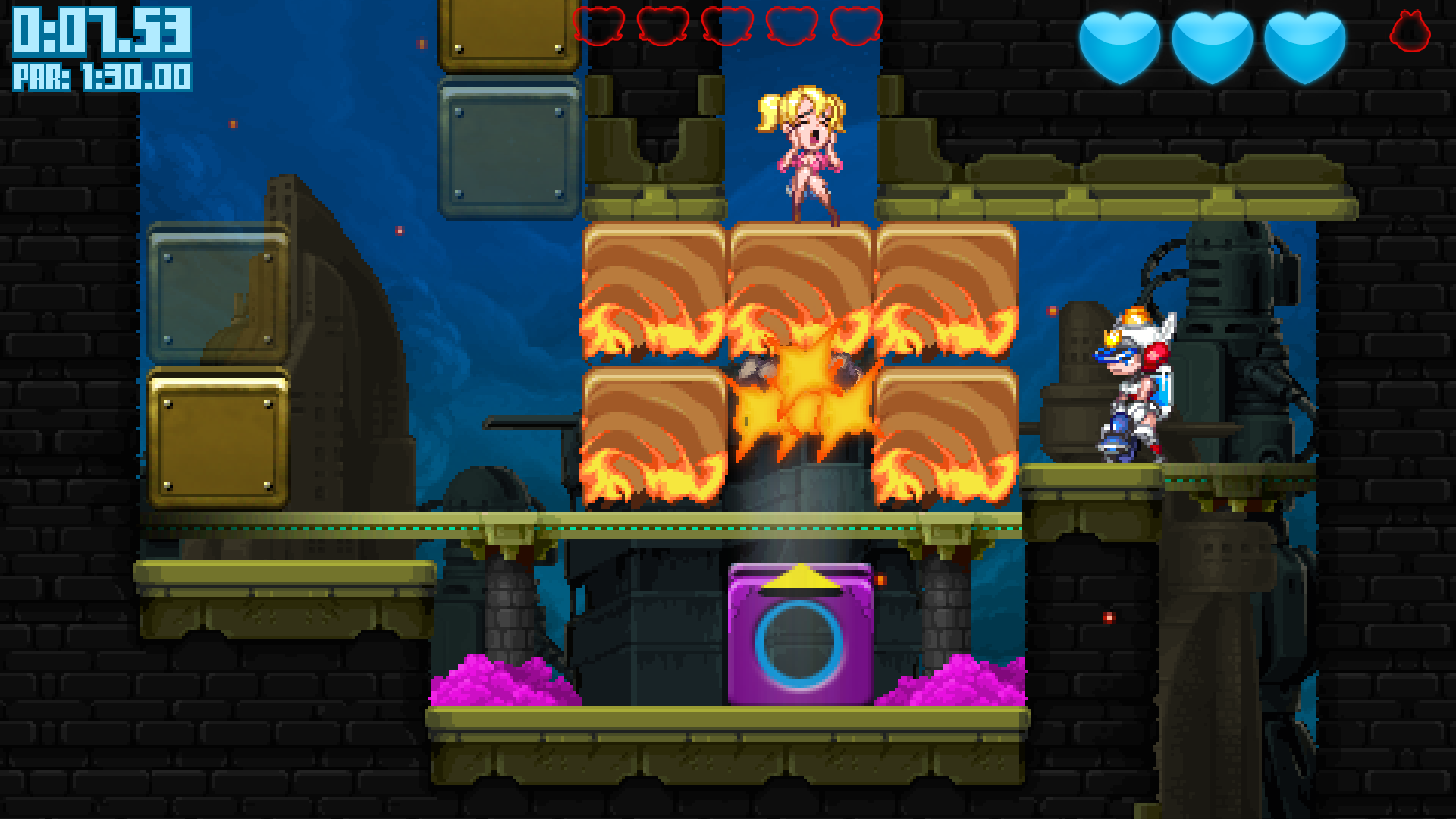 Despite its trickery, Mighty Switch Force! Collection gives players a huge dose of fun throughout each game’s roughly three-hour runtime. Its simple control scheme makes it easy for newcomers to dive into the fast-paced action, as players find a groove or rhythm to overcome certain areas. There’s a lot of trial-and-error that will be needed to save/arrest everyone, not to mention the huge challenge of saving the screaming babies that are hidden in the second Mighty Switch Force game. (For the life of me, I can’t figure out how ANYONE can save half of those kids in the game!)

A real treat with the games are their visuals. Going with an old-school look (save for the Hyper Drive Edition remake), Mighty Switch Force! brings a lot of character to the worlds and people in the game. Its cartoonish elements are also a delight to watch unfold, with defeating enemies with a switch block resulting in them hilariously smashing into your TV screen. Composer Jake Kaufman’s score continues to be a highlight of any WayForward title, delivering a soundtrack that perfectly meshes with the action and mood occurring on the screen. 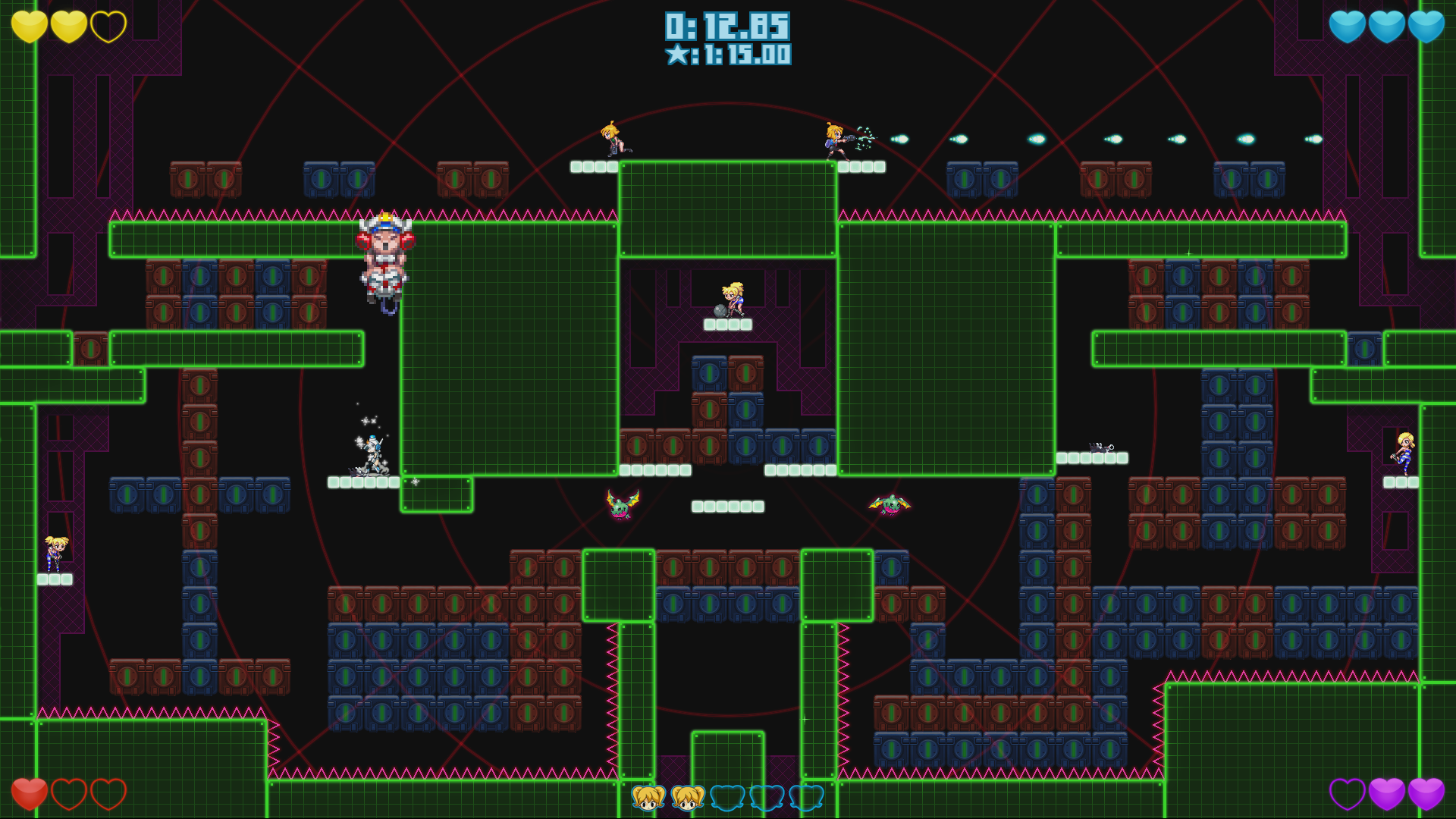 However, one minor problem I have is with Mighty Switch Force! Academy’s overall presentation. Even on my 32” TV, it’s very hard to make out what’s exactly going on in this game. It takes me a good deal of time to see what I need to do and what I need to avoid, thereby eating precious time off of the clock if I’m attempting to complete the level quickly. Despite its appearance, Academy still gives a fun experience, especially when you have 1-3 friends playing alongside you.

Mighty Switch Force! Collection offers a great deal of fun and challenges all throughout its four games. Not only does it deliver a satisfying experience for gamers, but it exercises your brain in ways that will walking away from it impressed. For $20, Mighty Switch Force! Collection delivers a truly unique gameplay experience for a very low price!

Promotional consideration provided by WayForward Technologies. Reviewed on the Xbox One.