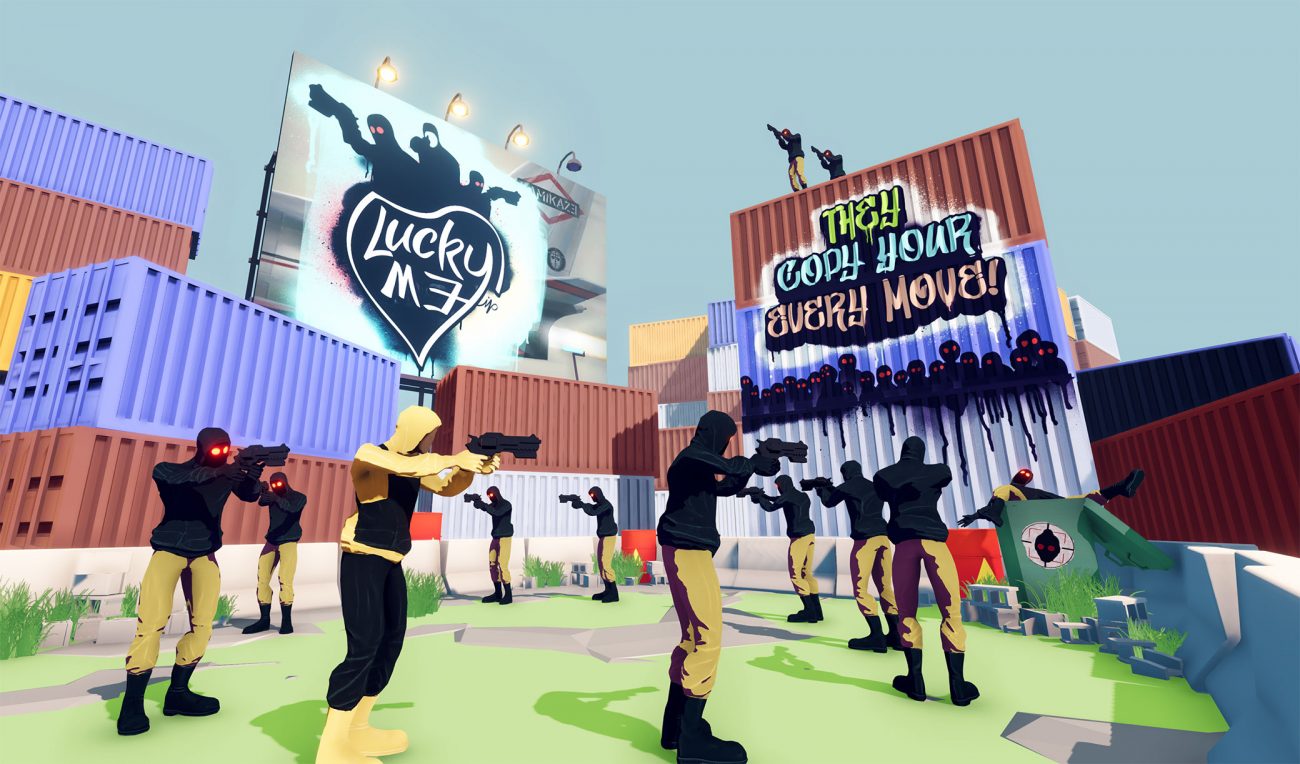 Will the real Slim Shady be the last one standing? In Artifact 5’s Lucky Me, inspired by Eminem’s music video for “Lucky You”, the object of the game is to stay alive when others are copying your exact movements. At Boston FIG, the game had its first public playable demo, which showcased some pretty impressive gameplay mechanics.

In Lucky Me, a player takes control of a main gunner. Surrounding him are other gunners, who move exactly like they do. The object of the game is to take aim and eliminate the others while making sure none of them take you out. On the surface, it’s indeed one hell of a challenge. There are times where some thinking outside of the box will be required to stay alive, with some levels taking objects and hazards into consideration.

As you move through the motions of the game, the challenges keep getting harder. Sometimes you’ll find yourself with limited shots, meaning that you’ll need to think hard before pulling the trigger. However, there are occasions where you won’t have to fire a single bullet to rid yourself of your doppelgängers. Once you clear each level, you’re rewarded with a hilarious little dab and the recognition that you are the one true Slim.

Thus far, Lucky Me is shaping to be a very fun experience. What looks like a shooter is in fact a clever puzzle game that will have you trying and retrying various methods to stay alive. Although there has yet to be a release date announced, Artifact 5 is shooting to have their next title on PC and consoles. From what I’ve seen so far, Lucky Me has potential of being quite the straight shooter in its genre.

For more information on Lucky Me, visit their official website!