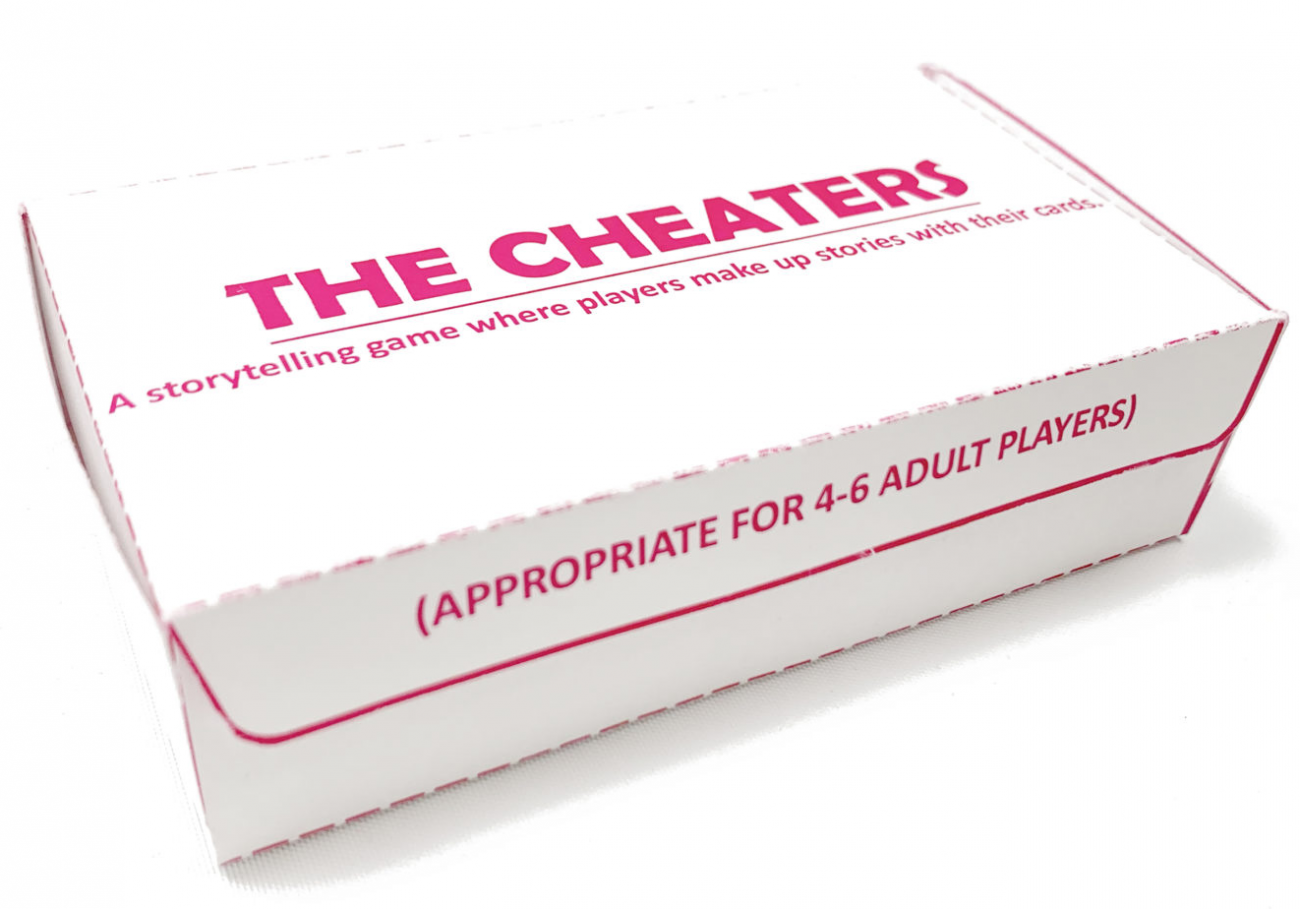 Can a little infidelity bring a dash of fun to the party scene? That’s what a few students at New York University seek to discover with a new card game that’ll get people laughing along. Showcased at the Boston Festival of Indie Games, The Cheaters has a poor cuckolded lover named Brooke Green walking in on their spouse Taylor Red in the act. However, with multiple persons in the room and only one cheater, it is up to Brooke to decide who did the deed with their seemingly-now ex-lover Taylor.

The Cheaters starts off with one person taking the role of Brooke, with the rest of the players being the accused. Each person takes a identity card, a location card that shows where Brooke spotted them, and an action card that says what they were doing when caught. As the game goes on, it’s up to the player to convince Brooke why they’re innocent. But it’s not as easy as it sounds. Soon after you are discovered, players will have to draw three item cards: two that they have in possession, and one to use against another player. 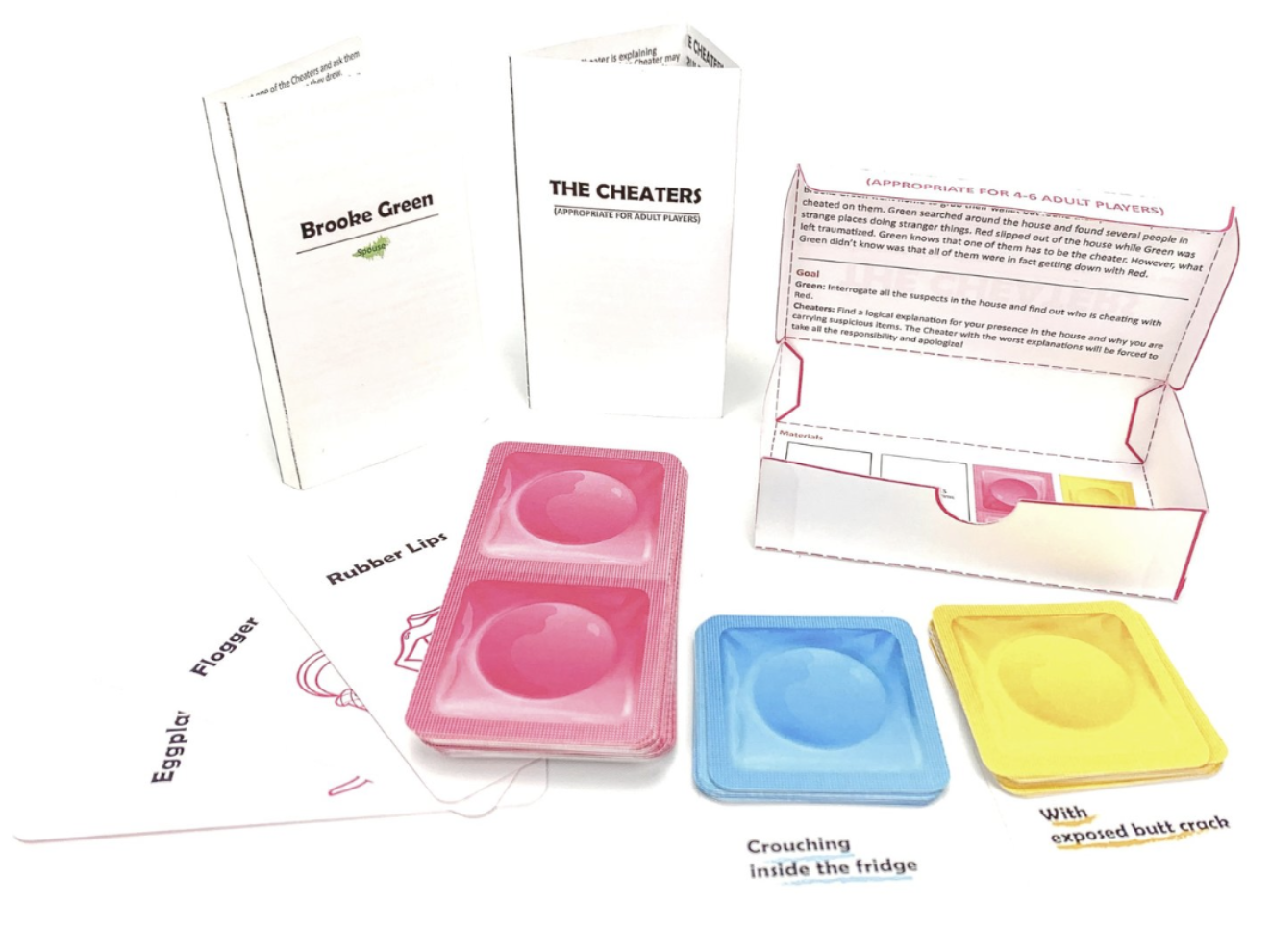 During my demo, I took on the role of a poor piano player who was caught naked between two bookcases. I attempted to convince Brooke that I was there merely to play some music, and that I was san clothing because the air conditioning wasn’t working in their place. The items I had on me were sticky rubber gloves and a rubber ducky, the former I claimed I used to hold down notes better on the piano and the latter as a substitute metronome. That’s when Brooke threw down a broken condom, which I innocently said I wore on my thumb to prevent blisters. Another player threw down two used wine glasses, which I argued I used as an additional musical instrument by rubbing the tops of them to create a tone.

Sadly, despite my best intentions and arguments, Brooke decided that I was the cheater. As punishment, I had to utter loudly, “I am the cheater, and I am (not) sorry!” With laughs and applause following the end, it was clear that The Cheaters had won us players over. I would easily compare its tone and style to that of Someone Has Died, albeit using something more lighthearted like sex rather than morbid. 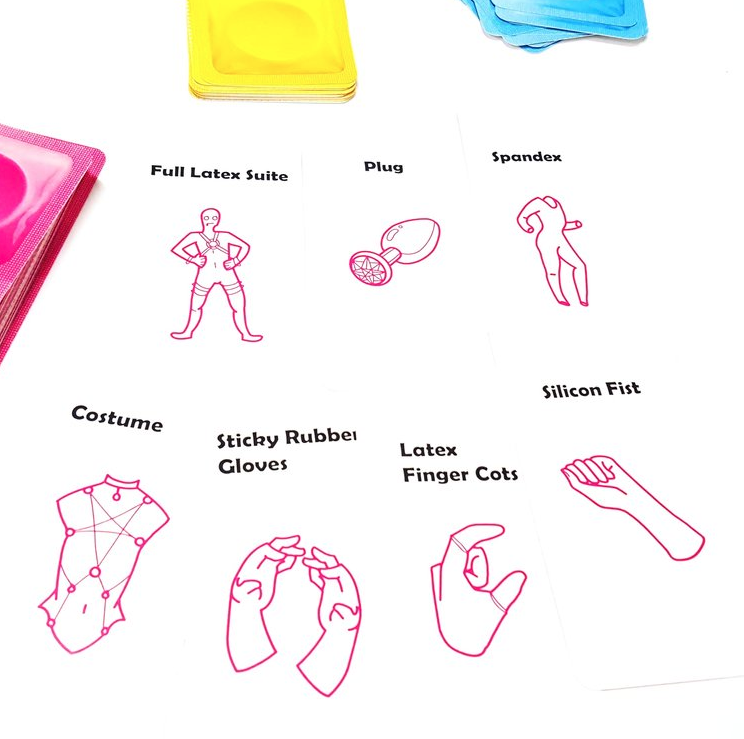 As of right now, The Cheaters does not have a publisher. But the right word of mouth, one can hope that they can find the right people to bring this delightfully witty card game to adult parties all across the country. For more information on The Cheaters, visit their NYU Game Center page.