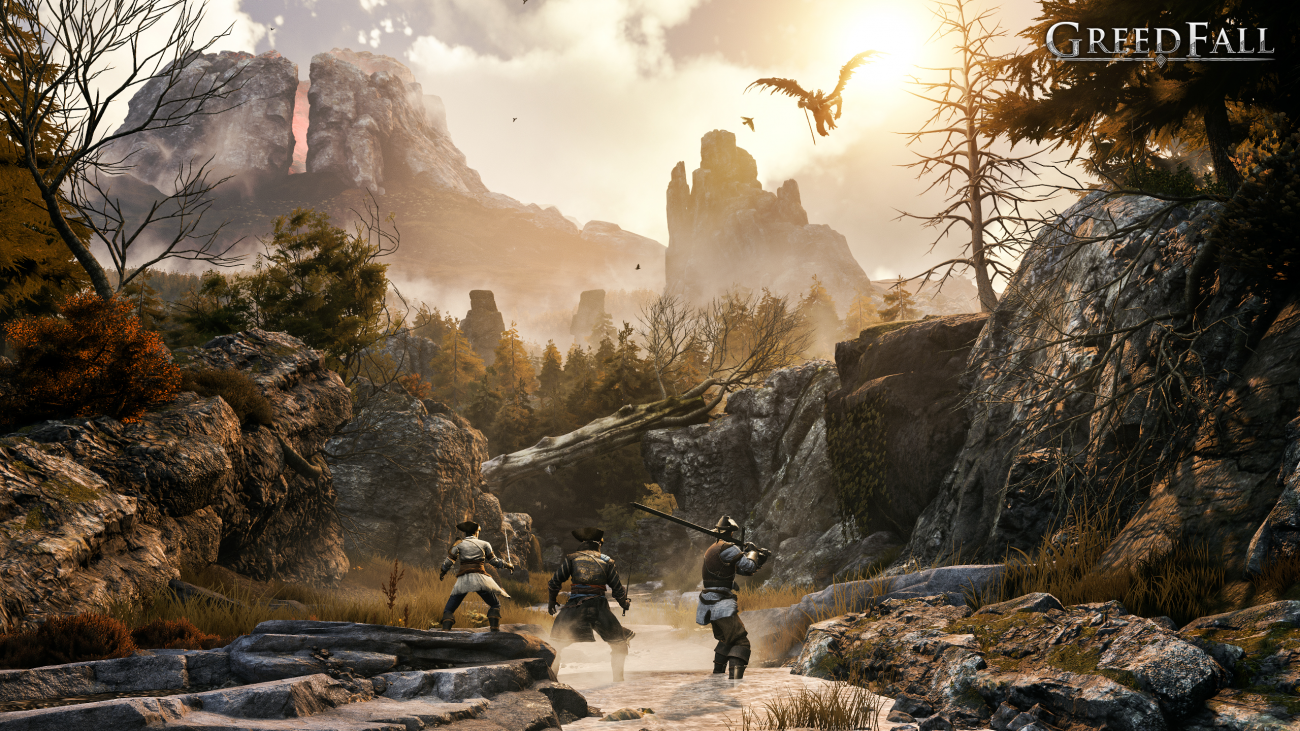 Ambition, particularly in game development, has a habit of of either making or breaking certain titles. Greedfall, a game by the developer Spiders, is a highly ambitious game that sought to create a sweeping story through a massive world of characters, creatures and environments. Depending upon your expectations, I could see Greedfall either succeeding or just missing the mark on these attempts. If you are looking for the next Dragon Age game you could end up slightly let down, but if you are simply itching for a solid action-RPG set in a town/wilderness setting, then Greedfall offers quite a bit of fun.

Throwing the player in the deep end right away, I remember feeling very overwhelmed the moment I first hopped into Greedfall. The combat tutorial has your mentor immediately beat you down like you have never fought before and then berate you for being so bad. Combat has you dealing with stats like HP, MP, armor and balance, which can feel overwhelming and an instant turnoff. The combat itself also feels a little floaty and awkward bouncing between different targets. The thing to know about all of this, is that once you have some good gear and a little experience, that stuff does not matter as much and combat flows a whole lot better. To be honest, after a great deal of time with the game, I’m still not entirely sure what balance actually does, but this lack of knowledge never adversely affected my gameplay. 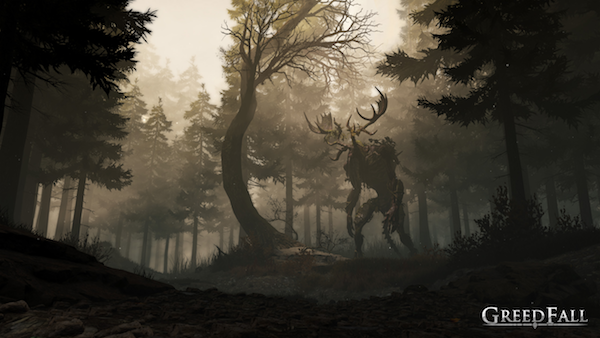 The quest design in Greedfall is probably my favorite thing about the game. First off, I never once found myself with nothing to do. The quests come hard and fast, so you will never be left searching for something to do next. Additionally, every quest felt like its own complete story, with multiple steps and even a tiny little story-arc for the characters involved. Even the side-quests, which can start seeming like simple fetch-quests, usually evolved into more story-based tales of intrigue and betrayal. In short, don’t skip out on the side-quests, because they are surprisingly fun and well-written.

The world of Greedfall can be a little samey here and there, but overall the locations are gorgeous when intended. Walking through a clearing of trees into a sunbathed glen with a deer grazing nearby is as nice as it sounds, even on the PS4 pro. The characters leave less of an impression, though that is not to say that they look bad. There is a decent amount of variety, especially if you partake in the side-quests which introduce a huge amount of new people. I was a little surprised to see a few houses that had the exact same layout as each other, but this did not break my immersion but for a few seconds as I realized the similarity. 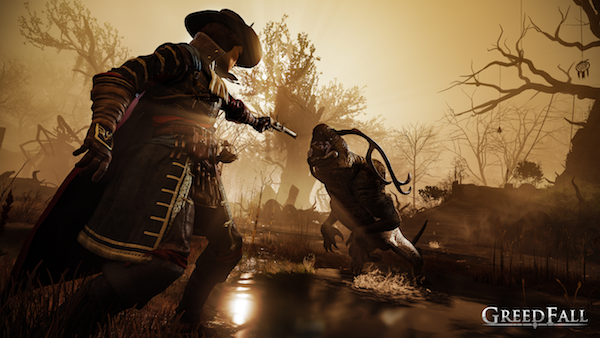 Through the three different skill trees, Greedfall also offers a good deal of variety for how you might accomplish your tasks. Sometimes you can charm your way through with charisma, which gives you better chances of speech-checks a la Fallout, or you can unlock the side-door with your lock picking skill. Perhaps you want to just blow a hole in the wall? Science can help with that, naturally. Maybe you want to be good at noticing stuff, like a secret entrance or an alternate dialogue option? There’s even a stat for that with intuition. Many of the quests in Greedfall offer multiple paths towards solving these issues based on the points you have spent on your talents. Some armor can temporarily boost these stats as well, so if you’re having a hard time charming your way through something, just put on your trusty cape.

Like the fighting mechanics, the overarching story gets better the longer you play the game and goes to some interesting places, in spite of a very slow start. I also liked how each of your companion characters in Greedfall have their own mission arc with them exploring more personal stories. Playing several of them made these companions feel like more fleshed-out characters than they might appear from the main story alone, so I would recommend diving into those when you get the time during your play-through. There are also romance options, if you are into that sort of thing, which is based on your relationship level with your companions. Of note, there are some companions who can be romanced no matter what gender is chosen for the player character, which is good to see. 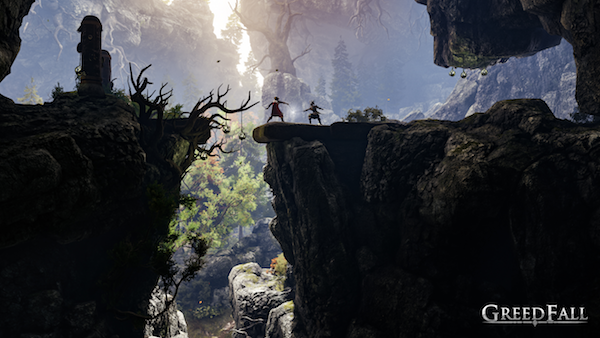 In battle, these companions generally do their own thing and don’t require any babysitting, which is a good thing. If you find yourself punching a little above your weight, you may need to revive them on occasion, but in a standard fight they can be quite helpful. I had Siora in my party the entire game and highly recommend her as a good healer that can also deal some damage. 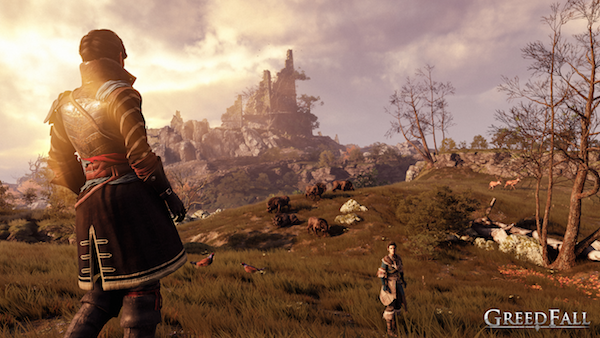 The fastest way to get me to roll my eyes is to say that you need to play a game for several hours before it will hook you. I’m going to break my own rule here and say that Greedfall is one of those games. The beginning of the game is not the strongest, but if you give it some time it picks up all across the board into a tale of interesting characters that can be approached from a variety of different angles. So, put a little poison on your blade and go grab Greedfall today for PC, PS4 and Xbox One.

Promotional consideration provided by Sandbox Strategies. PS4 version was played for this review.