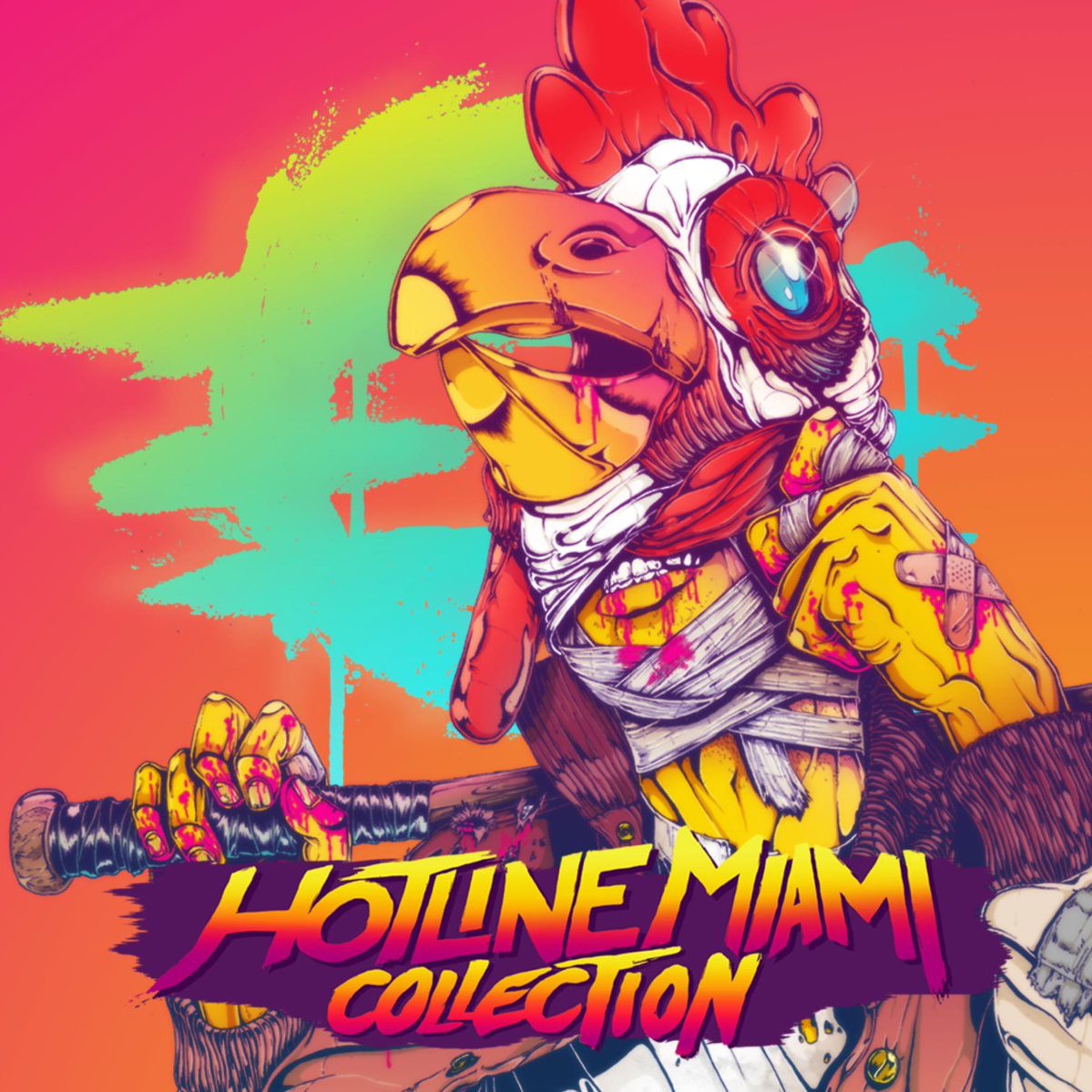 It was bound to happen. After a cameo appearance in Travis Strikes Again: No More Heroes, the world of Hotline Miami was greatly rumored to appear on the Switch. Then, out of the blue, it arrived. Hotline Miami Collection, which combines the first game and its Wrong Number sequel, brings us back to the late 80s/early 90s for some carnage and pixelated violence! Oh, how I’ve missed this gem of a series!

For those not in the know, Hotline Miami follows the saga of Jacket, a hit man who receives jobs from a mysterious caller. From dealing with the Russian mafia and thugs to even participating in a movie inspired by your wrongdoings, Jacket and the rest of the game’s cast must obliterate every person in each level. Be hit with a one-hit kill, and it’s back to the last checkpoint! And no job is ever easy to take on. 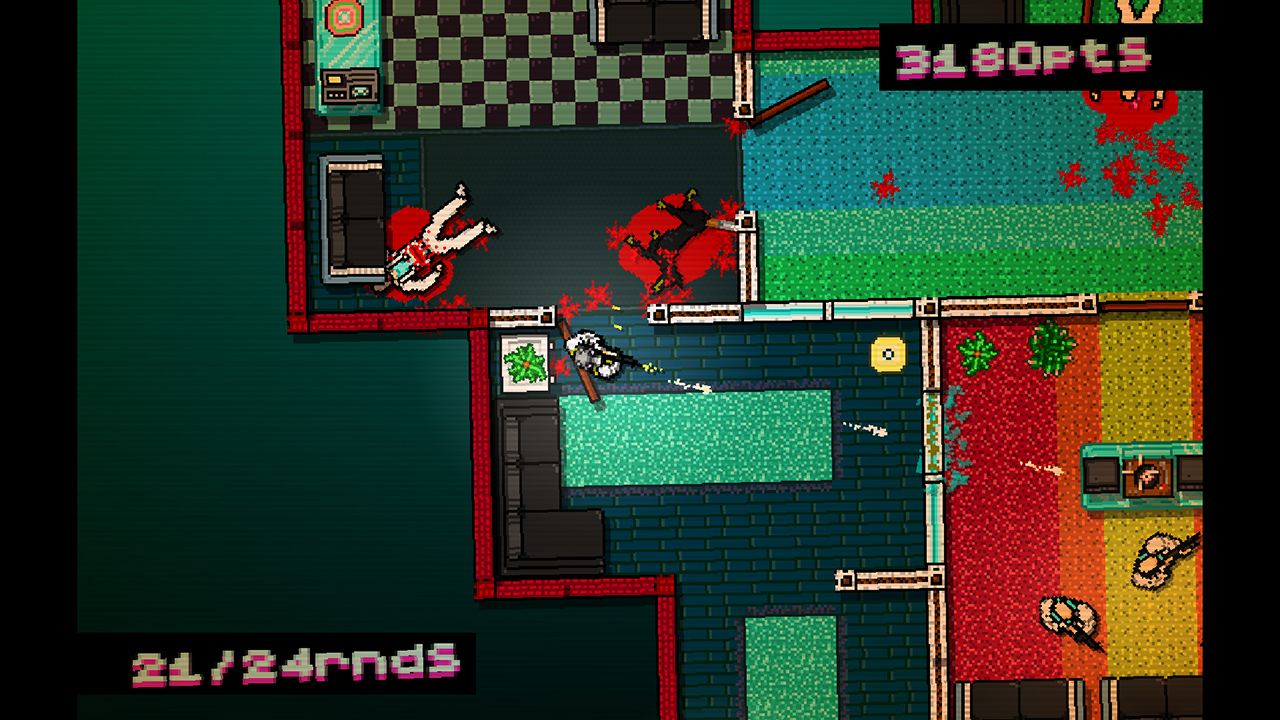 This is the type of video game where you’ll be pulling many trial-and-errors throughout its runtime. It’s very easy to screw up, and have a lot of progress be null & void as you go back to the start of the floor. The enemies are smart, quick, and incredibly clever. Thankfully, you’ve got some good tricks up your sleeves.

Depending on the kind of mask you wear will result in either a good power-up or a better chance at gaining a stronger weapon. Barrel rolls, throw kills, and even the ability to see what’s ahead on a floor will be fundamental for solving specific areas. Yes, you will die a lot, but once you succeed, the euphoria you’ll feel will no doubt be pure ecstasy. 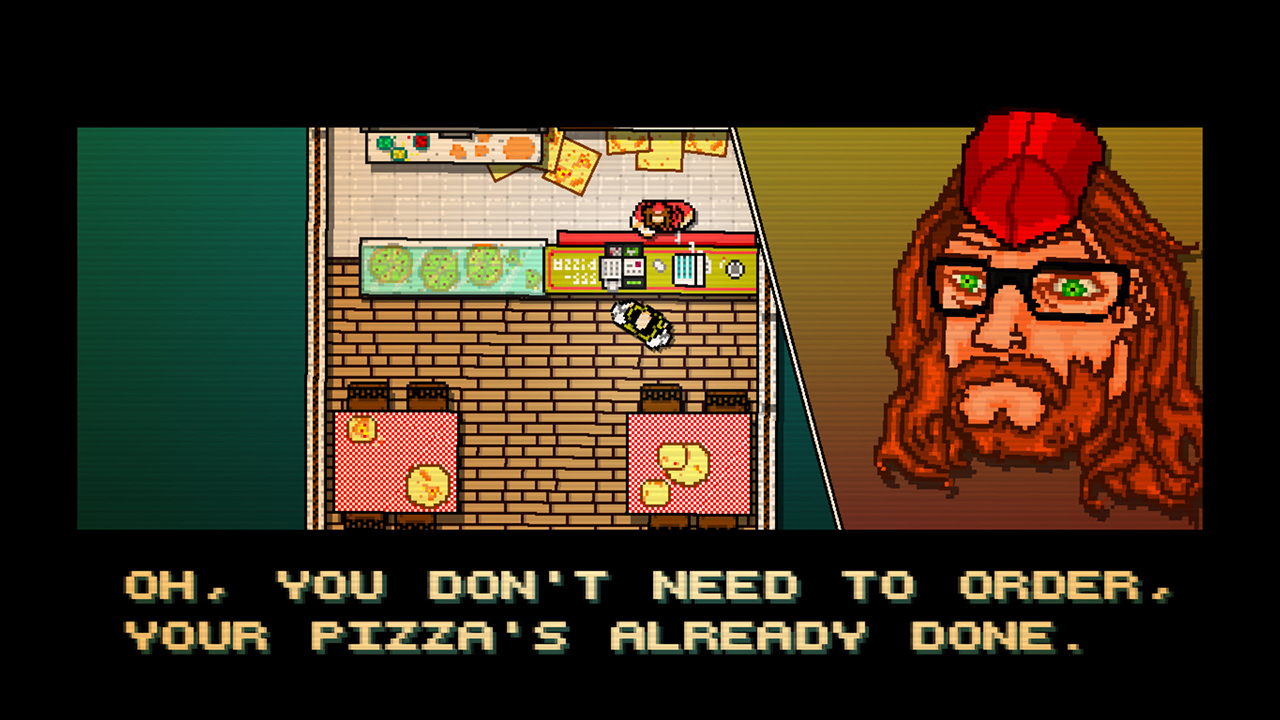 Hotline Miami's transfer to Nintendo Switch was a pretty smooth one. With the aid of Abstraction Games, Dennaton Games was able to bring it to the home/portal console will all of its bells & whistles intact. While it may not be a high-end AAA game, the pixelated look gives way to the old-school hardness of NES-era video games. Its Joy-Con motion controls don’t exactly take full advantage of what the controller has to offer, but it’s quite fun to slam it down to make your hit man get a final kill.

With all of that being said, there is a flaw or two regarding these port of the Hotline Miami games. Though the controls do work well for the most part, the layout is vastly different from its PS4 version. Picking up items and throwing them are surprisingly a little bit more difficult here, not to mention how sensitive the right joystick is when it comes to turning on & off the auto-aim. This bring me to the biggest issue I have with these versions of the game: the bugs. 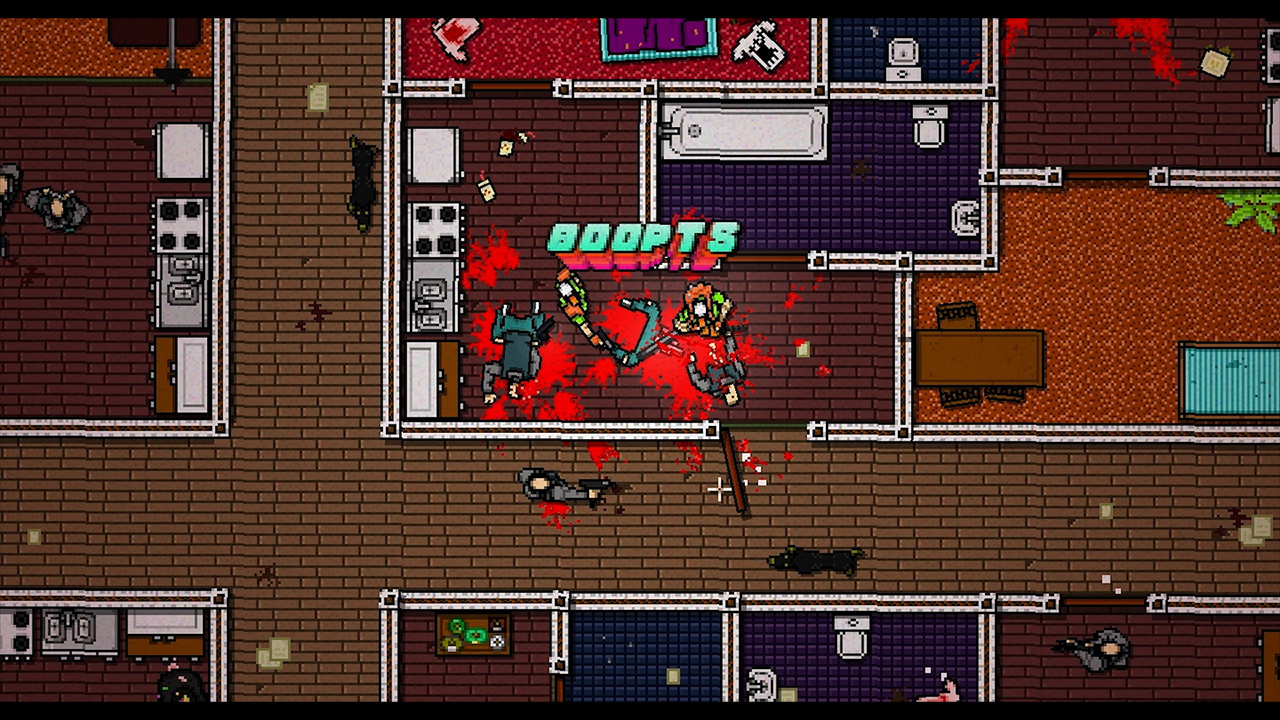 As I played through the first Hotline Miami, I noticed that kills would not be made, even when shooting point-blank at an enemy. I’d hear the gun go off, but both the bullet and the hit would never be seen. This would often happen when attempting to shoot at a room’s corner, even when an enemy is standing there. When this would occur, the hit would not be made, and the enemy would then proceed to kill me, forcing me to start from the beginning of the floor again. (The issue was not found when playing Wrong Number.)

Yet even with some of these bugs (which will more than likely be ironed out), I couldn’t help but be fascinated by what I was experiencing. Despite playing both of these games a few years back on the PS3 and PS4, the neon-colored and blood-drenched cityscape of Miami still dazzled me in ways that very few big-named titles have failed to do. Its story, plot twists, and characters still remained as memorable as before, with the narrative taking a few smart cues from filmmaker Nicholas Winding Refn. Trust me when I say that — despite the first game coming out six years ago — you still won’t witness a video game quite like it. 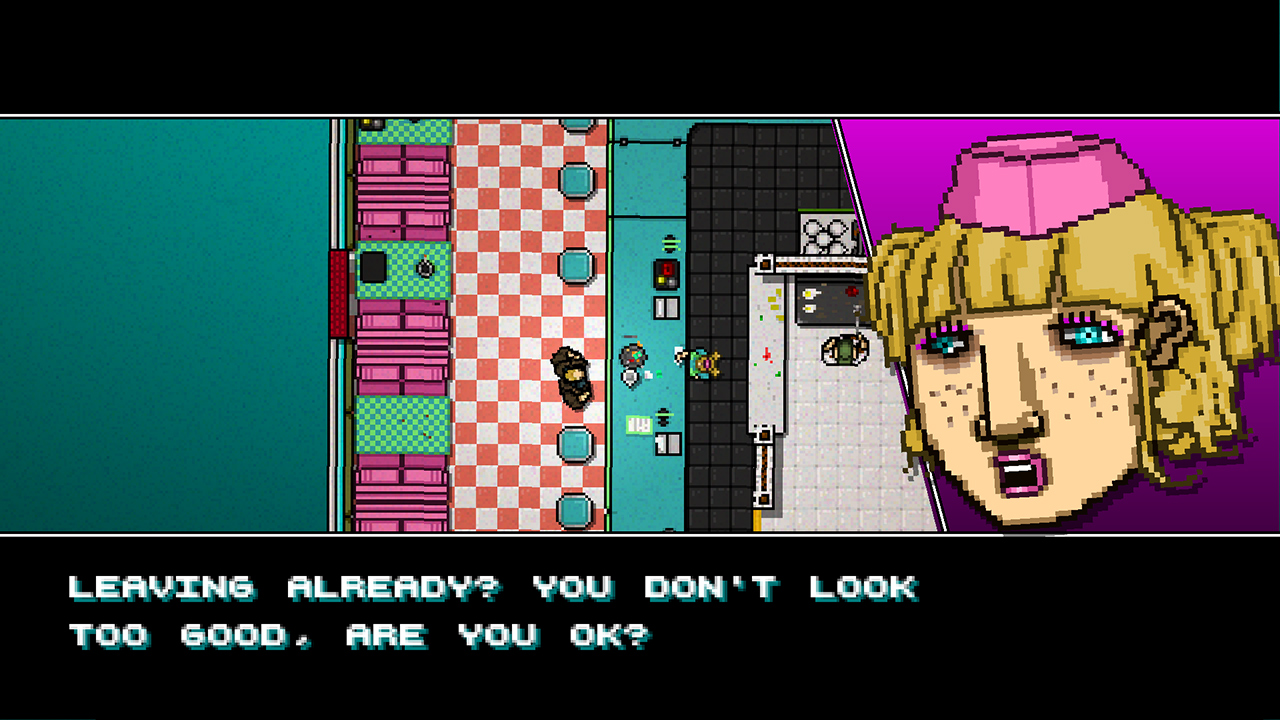 One can’t talk about Hotline Miami without mentioning its soundtrack. The first game showcases a few great electronica and synthwave numbers from Pertubator, Scattle, and M|O|O|N, all of which aid in creating the atmosphere the story delivers. However, the soundtrack to Wrong Number still stands as one of the greatest ever made, with melodies from the likes of Magic Sword, Carpenter Brut, Bennie Smiles, and Mega Drive providing some of the heaviest bass sounds heard in any game score.

It will take you roughly 15-20 hours to play all of Hotline Miami Collection, front-and-back. Players can revisit past levels to better their score, as well as discover new ways to make some kills (not to mention find new ways to die!). There is somewhat of a New Game mode with Wrong Number after beating it once, but the only thing new to it is a little introduction that may make some crack a smile or two as it occurs.

There’s a reason why Hotline Miami put Devolver Digital on the map. Hardcore violent and brutally challenging, this top-down shooter continues to shine even years since it first released. Now, like a good mix tape, you can take Hotline Miami Collection on the go for all to experience!