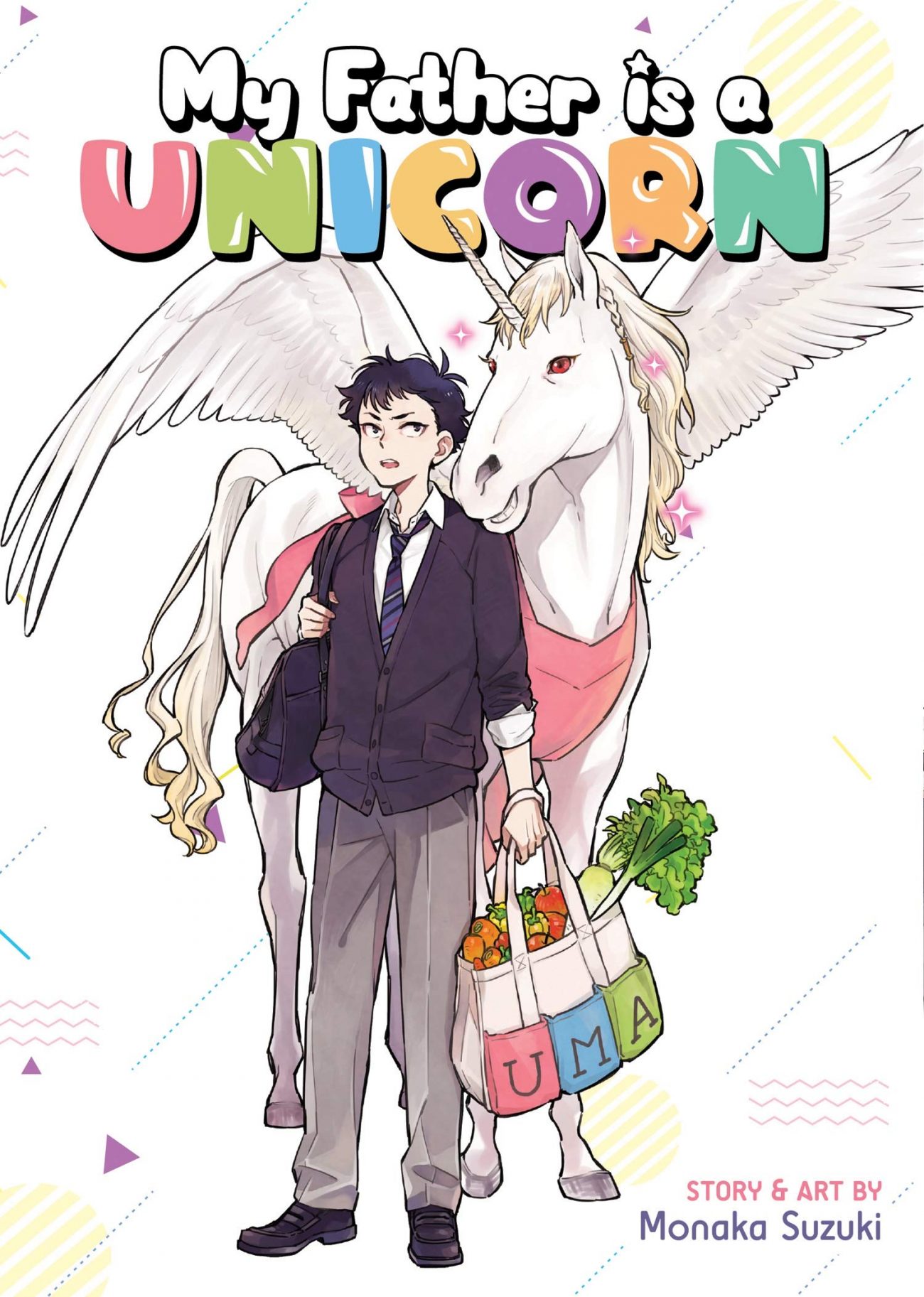 When you read a title like My Father is a Unicorn, one should expect something like a fantastical tale that defies most people’s imaginations. Alas, such a realization could not come to pass in Monaka Suzuki’s slice-of-life fantasy comedy. Instead of cranking the zaniness to a certain level, it stays on a somewhat melancholy side of storytelling. What it results in is a fairytale gone dry before any sort of potential could be achieved.

My Father is a Unicorn focuses on high schooler Uno Issei, who discovers that his mother has remarried to a man named Masaru. However, he’s no ordinary guy, but rather the mythical horned horse creature of fantasy and lore. The mother out of the blue sets off on a business trip, leaving both Uno and Masaru to watch the home while she’s away. Thus, the stepson and hoof-stepping stepdad must learn to bond together and become closer. 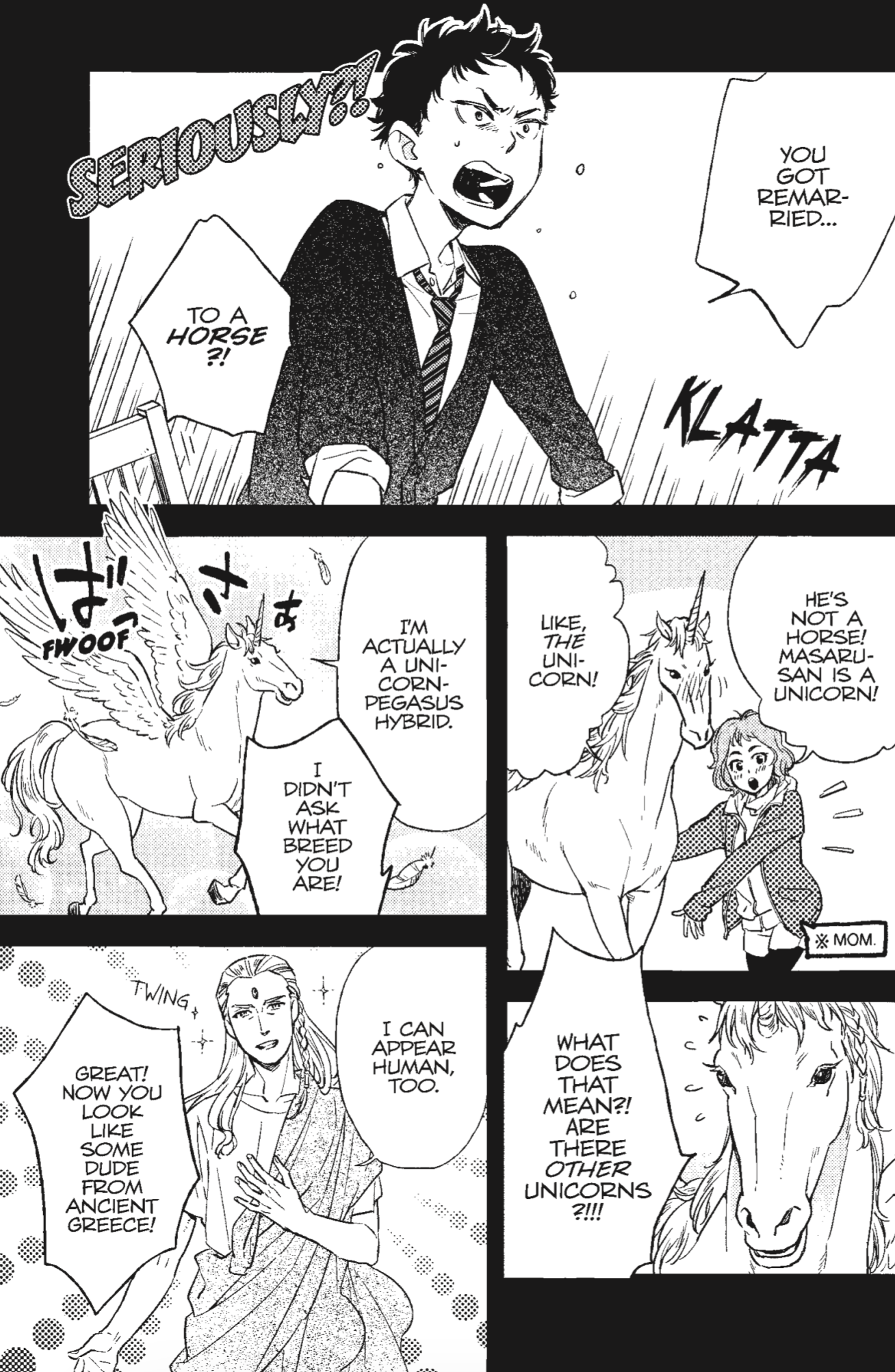 On the surface, My Father is a Unicorn has some good laughs. Watching as Masaru feeds his human stepson hay or attempt to hide his horsey side brings in some good laughs. It plays well with the myth of unicorns, especially when he’s swooned by the high school maidens that Uno shares a classroom with. And when the time calls for it, a humanistic side of Masaru comes out, bringing him closer not just to Uno, but to even his neighbors that he aims to craft a relationship with.

Unfortunately, Suzuki has some trouble with getting their story off on the right foot/hoof. Conflicts between Uno and Masaru seem to be solved quickly, with some fights and bickering coming out of nowhere just to create some sort of drama. A story where Masaru leaves the household after a fight over cleanliness feels very forced, to the point where it not only felt unconvincing, but it somehow contrasted with the unicorn stepdad’s true personality. (Perhaps we should be thankful that this is a one-off manga, as it appeared that the author was already on the verge of running out of ideas.) 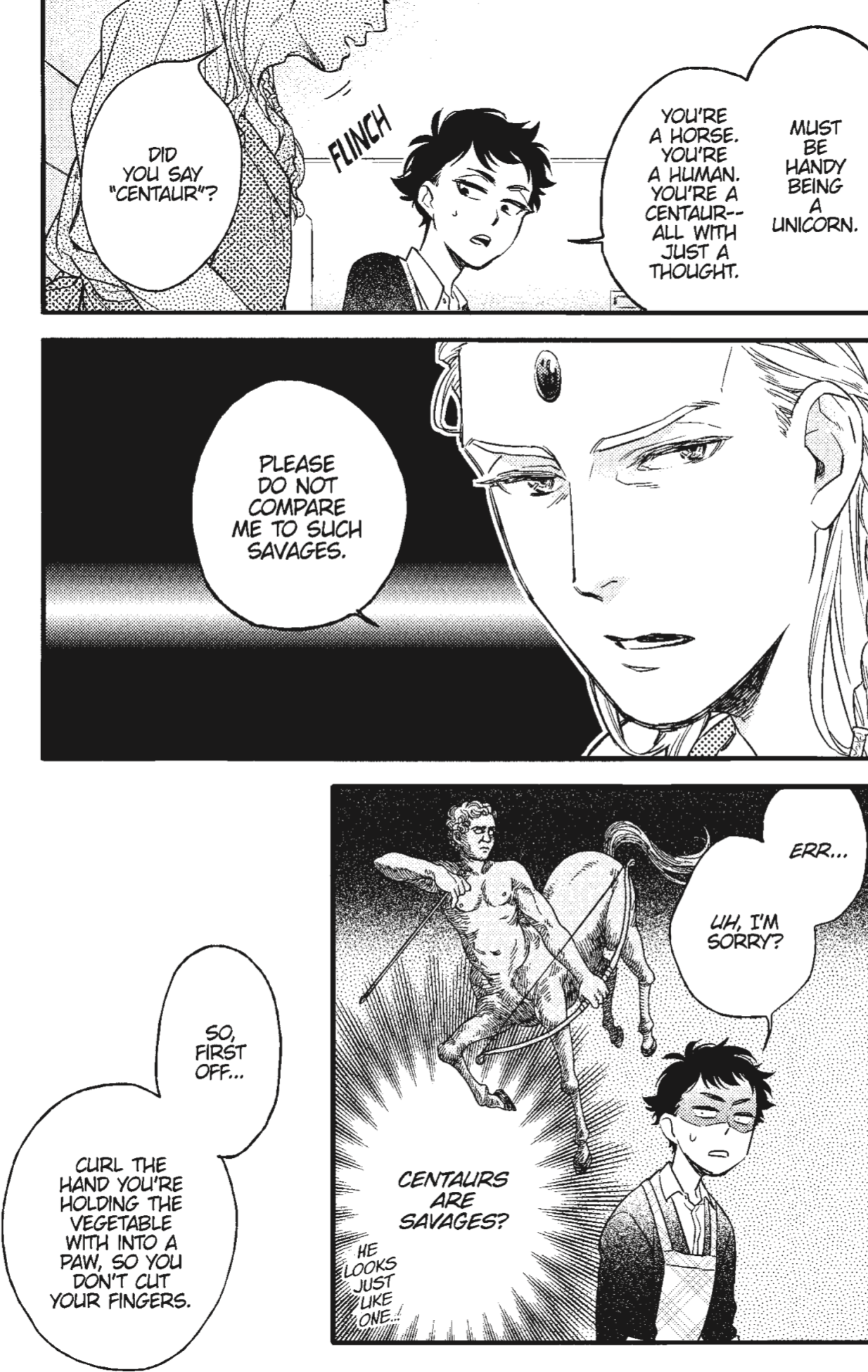 Art-wise, it looks okay. The character designs are pretty average, as do the settings. It only truly shines when Masaru goes into flying horse mode, with his long-faced gestures feeling somewhat on par with something you’d see in Bojack Horseman. Everything else about the manga’s visuals is generic, which makes it difficult for it to stand out from the rest of the series out there.

What could’ve been an interesting affair is cut short by its quick narratives and mildly decent artwork. My Father is a Unicorn may have some horsepower in some of its humor, but everything else about it is a letdown. There are plenty of fantasy comedy tales filled with unicorns and mythical creatures, so missing out on Suzuki’s manga won’t be such a terrible thing to do. To put it bluntly: My Father is a Unicorn is but a mere ruptured kneecap away from being sent to the glue factory. 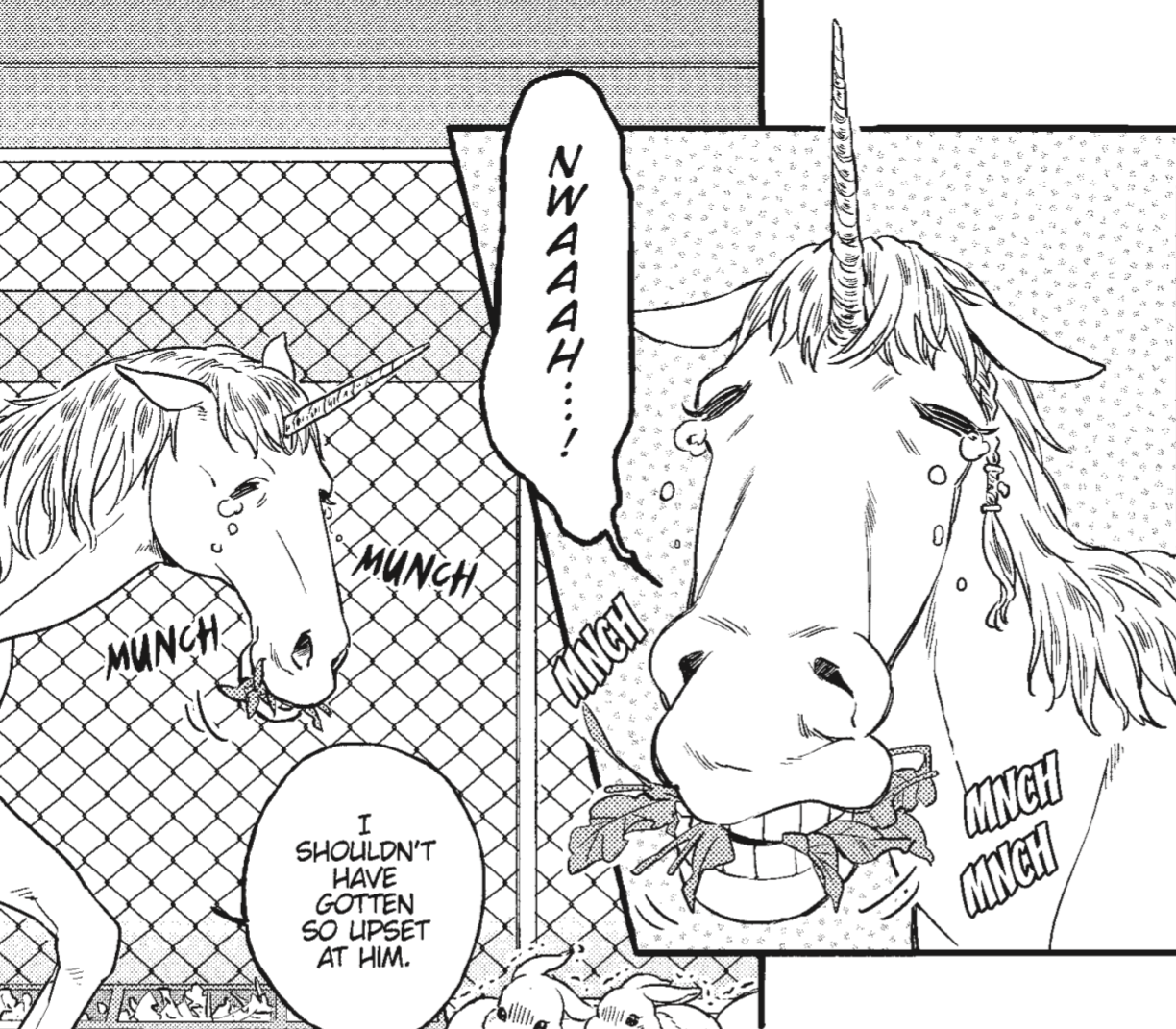