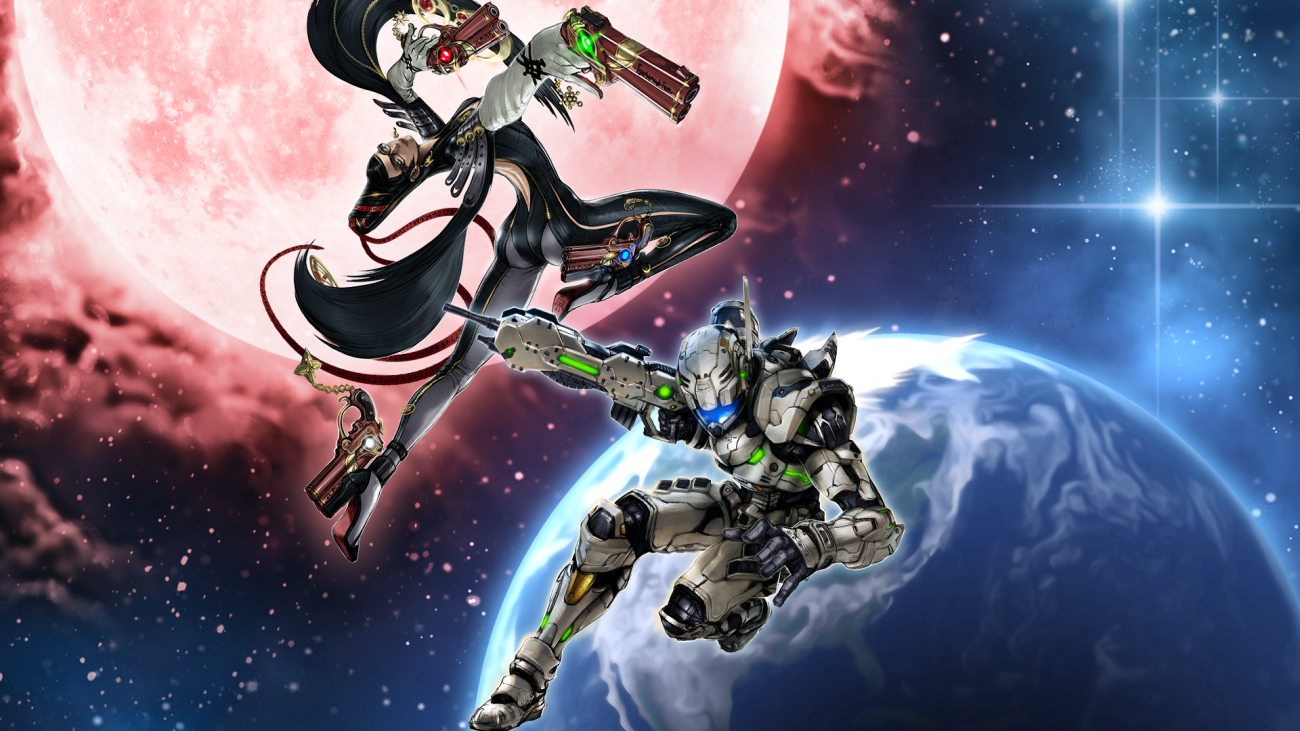 PlatinumGames may have been put on the map early on with their 2009 cult classic MadWorld, but it was in 2010 when people really started paying attention to their work. That year, they unleashed two new IPs with the aid of SEGA: Bayonetta and Vanquish. While the former still hosts quite a popular following, the latter unfortunately doesn't. But there’s always room for second chances in video games, and with PlatinumGames rereleasing both games together on modern consoles, it’s high time they are given the exposure they deserved a decade ago.

Both Vanquish and Bayonetta deal with worlds gone mad with overpopulation and greed. Vanquish has its threats delivered via a mad Russian and his powerful military; Bayonetta deals with the powers of Heaven and Hell wreaking havoc in the living world. Where Vanquish is a more straight-forward story about bad people getting their teeth knocked in, Bayonetta goes a bit deeper with the anti-hero’s quest to find out who she really is and what her purpose on Earth may be. But throughout the soul-searching of our protagonists must do, there’s also a load of cleansing of evil that must be committed. 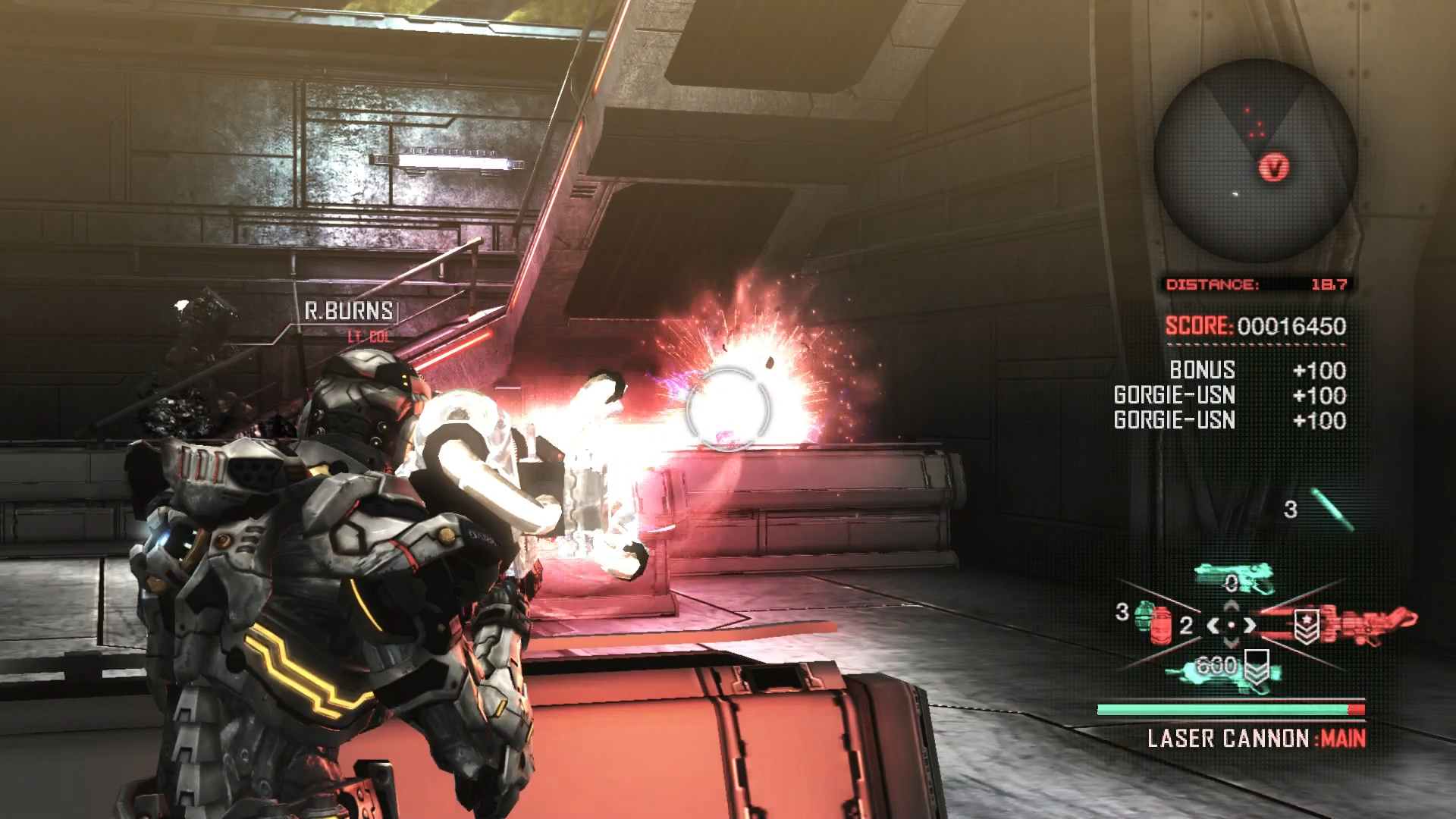 Whether you’re Bayonetta or Sam Gideon, you are tasked with taking down enemies from Earth, Heaven, and Hell. From anarchic angels and monsters to Russian soldiers and giant robots, you must blast and smash your way through the muck that steps in your pathway. Thankfully, players will be given a fine assortment of arsenal equipment where they can let some blood spill. Rifles, shotguns, rocket launchers, boot guns, and even the power of witches will make you lean, mean killing machines. The only difference between both is that one loves the taste of cigarettes, and the other a sweet lollipop to bide them through.

Okay, perhaps saying that that’s the only difference between our heroes in Bayonetta and Vanquish is being a tad simplistic. Both games are truly different beasts of nature, with the big difference is how chaos is delivered. In Vanquish, the Order of the Russian Star is the one throwing one danger after another. There’s very little time to breathe as you go from one spot to another, dealing damage and killing some Ruskies in the name of American justice. Just when you think you are given a breather, another waves of enemies appears from above to make your tasks a bit harder. 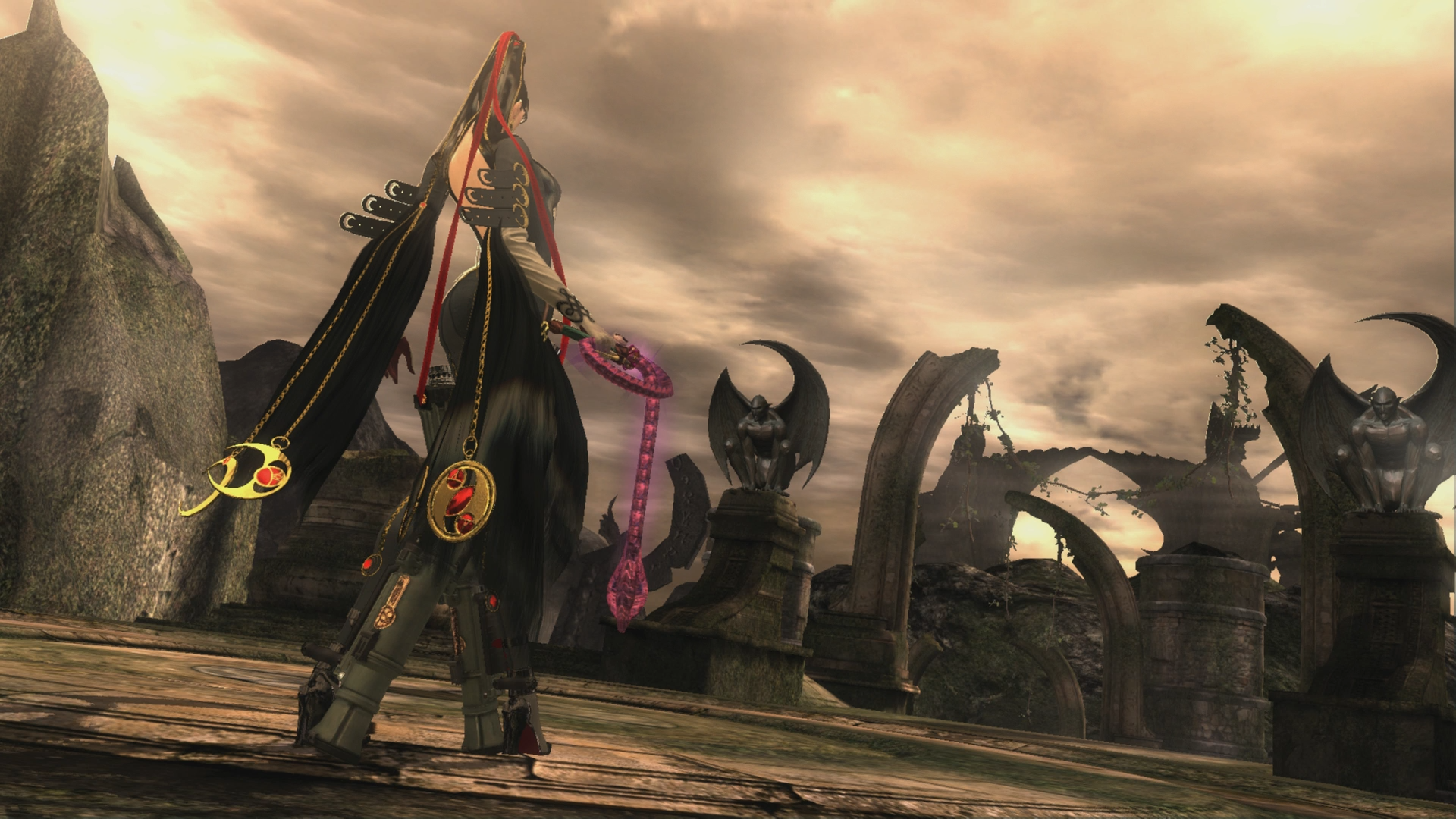 In Bayonetta, she is the bringer of chaos. Watching as you combo through angels, monsters, and anything else the other worlds throw your way is truly a satisfying spectacle. Her death-bringing ways are a sight for wide eyes, as you use your guns, hands, and even some imaginatively violent special moves to take care of the garbage that dares look at you the wrong way. It’s also incredibly sexy, but in a way that’s more about power rather than some lame-ass excuse for fan-service. (It’s a beautiful wonder that Bayonetta has been given a second life on Nintendo consoles of all places.)

What makes both Bayonetta and Vanquish great games is how finger-happy the control set up is for these two titles. Switching between weapons in Vanquish and crafting some killer combos in Bayonetta are easy to accomplish, but just with the right amount of challenge that keeps them from being mere child’s play. With weapons upgrades and the like, the power you can deliver in each title becomes all the more impressive as you mow your way through enemy lines. However, in regards to Vanquish, the one downside can be that you can only have a certain amount of weapons on you on each time, making some boss battles a pain when you find yourself low on ammo during the biggest of crises. 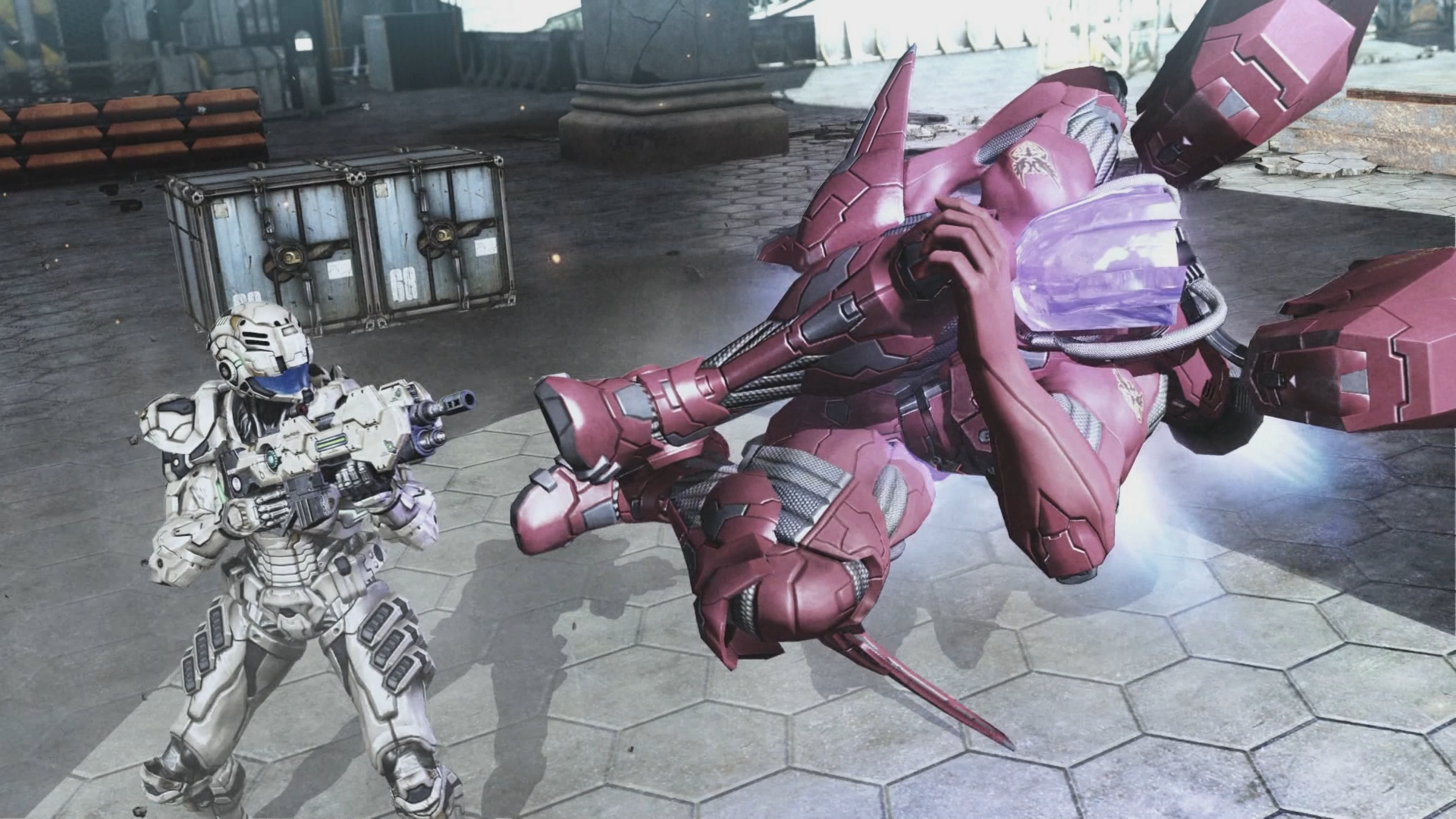 For remasters, both Vanquish and Bayonetta look stunning. With that being said, Vanquish seems to be given a lot more love in the remastering department, as Bayonetta tends to look a tad darker in places where there should be some more details. Vanquish sparkles through its visuals, with its color scheme being more varied and shiny throughout its runtime. Although Bayonetta still looks good, it lacks the extra effort that PlatinumGames put into its sequel a few years after the first one was released.

However, despite both games still being fantastic play-throughs, there isn’t anything new to them that will bring back those that have already beaten them years back. In fact, compared to the Wii U & Switch versions of Bayonetta, there’s a bit less here than what those console owners had gotten. (Granted, those things were based on Nintendo licenses, so it’s understandable why they’re not on the PS4 or Xbox One versions.) 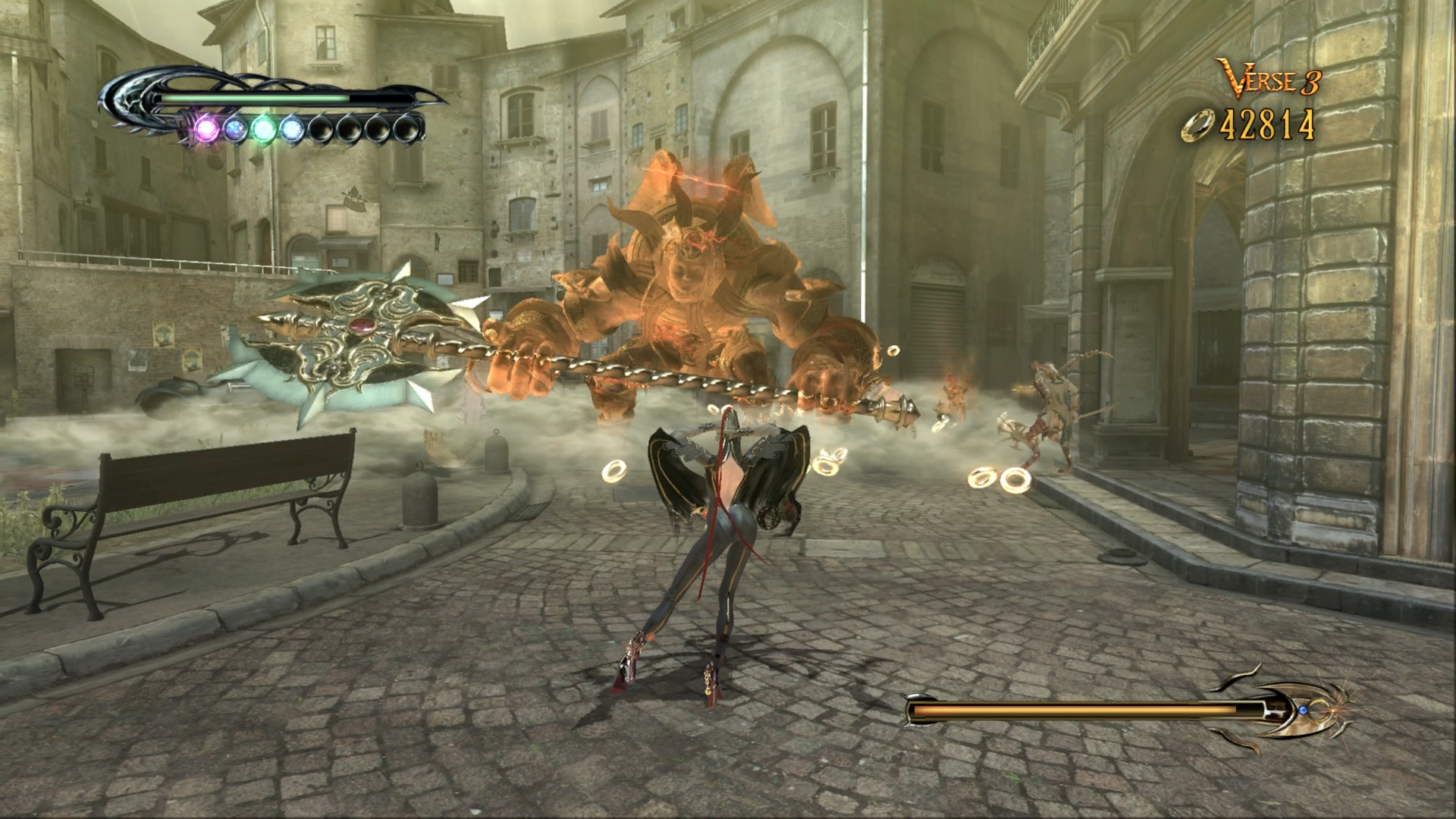 Nevertheless, what this bundle seems to act as is as a mere reminder of what PlatinumGames has accomplished with Bayonetta and Vanquish. Although Bayonetta has moved on with a second (and impending third) game in its franchise, Vanquish hasn’t been given the chance to grow as a series. Perhaps this rerelease could serve as a feeler to see if a Vanquish sequel is doable, something that I’m roughly certain that PlatinumGames is counting on.

Returning to both Vanquish and Bayonetta brings back fond memories of when I first played them on the Xbox 360. Even years later, the amount of mayhem and fun these two titles deliver is a satisfying amount, making them easy games for newcomers to come around. Now here’s hoping SEGA and PlatinumGames can do something similar with MadWorld and Anarchy Reigns somewhere down the line...

Promotional consideration provided by Zack Reese of SEGA of America. Reviewed on the Xbox One. In stores February 18th!