Harmonix are the kings of rhythm video games. From Guitar Hero and Rock Band to Amplitude and Dance Central, the Boston-based game developers are known for bringing the right kind of groove to the digital world. Now, after taking a breather with a couple of below-the-radar indie titles, Harmonix have returned to appease the DJ crowd, in the form of their upcoming rhythm game FUSER.

FUSER is set up as the ideal form of music remixing, where the name of the game is to get the crowd pumped and excited with the hottest beats and epic sounds. Blending pop, classic rock, hip-hop, and electronica artists from around the world, players can take elements from four different songs and create a swinging remix. For example: the bass line from The Clash’s “Rock the Casbah”, the vocals from Billy Eilish’s “Bad Guy”, the beat of Blue Oyster Cult’s “(Don’t Fear) The Reaper”, and the guitar from Smash Mouth’s “All Star” could be combined to create a song that you wouldn’t dream could work. And yet, with the right tempo set on each, it becomes the ultimate club hook! 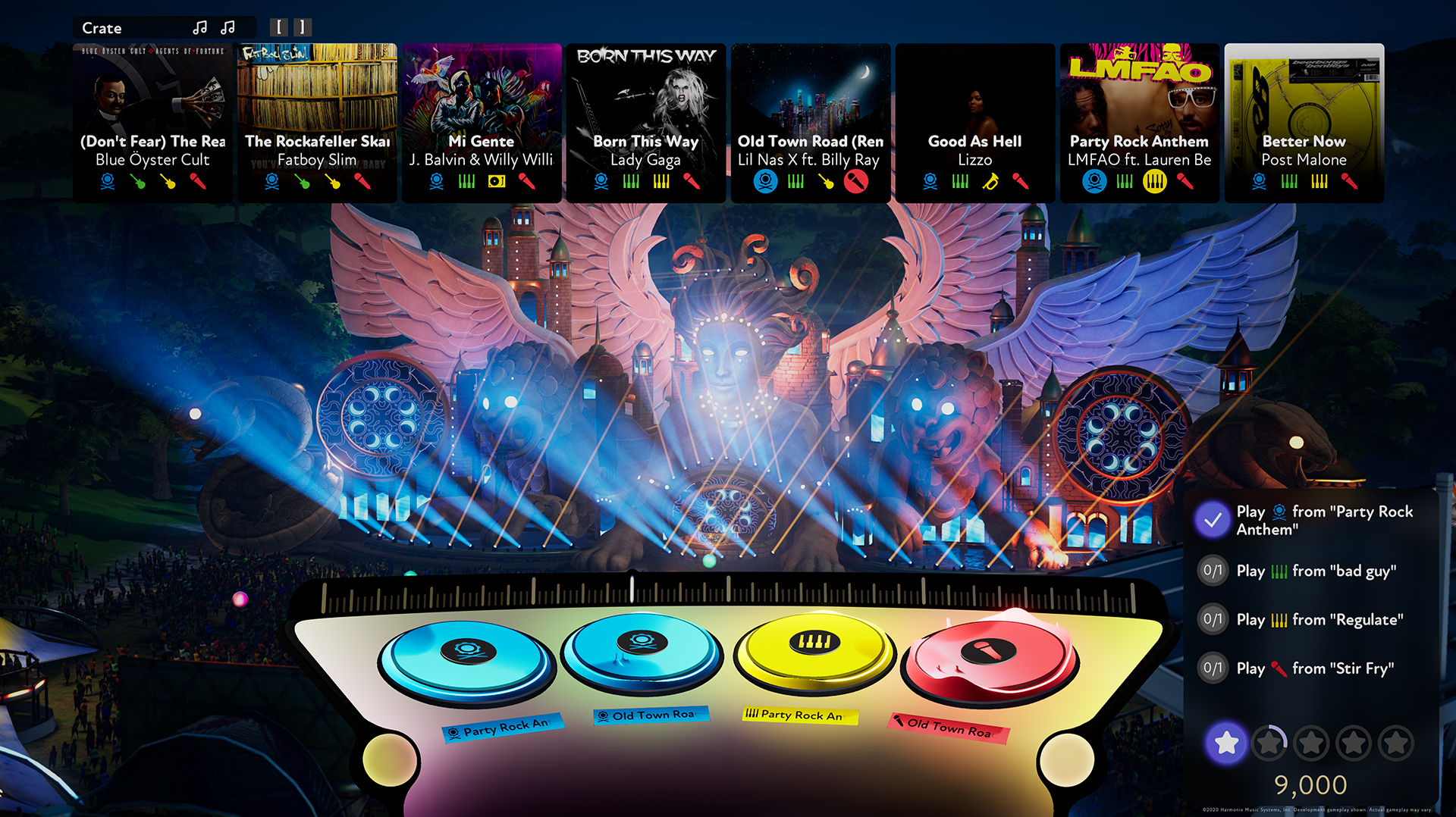 During the demo on the PAX East floor, I had the opportunity to try the tutorial, where I was shown the ropes of how to play. Using the controller, I chose elements from various different artists ranging from 50 Cent and Imagine Dragons to Lady Gaga and Fatboy Slim. Once the crowd gets going, audience members will emerge to throw in suggestions such as a specific bass line to a music era. Appease them, and you’ll see your score grow.

Although a peripheral in the same vein as Rock Band doesn’t seem to be in the cards for it, FUSER is very easy to control. Using the ABXY buttons, you can automatically drop a song element just by hovering over any song and pressing it. Holding down the button will let you choose when you want a beat or instrument to drop, and if you time it right, you can earn a bigger score than just simply doing it whenever. Honestly, I was floored by how simple it was to create a badass remix literally at the press of a button! 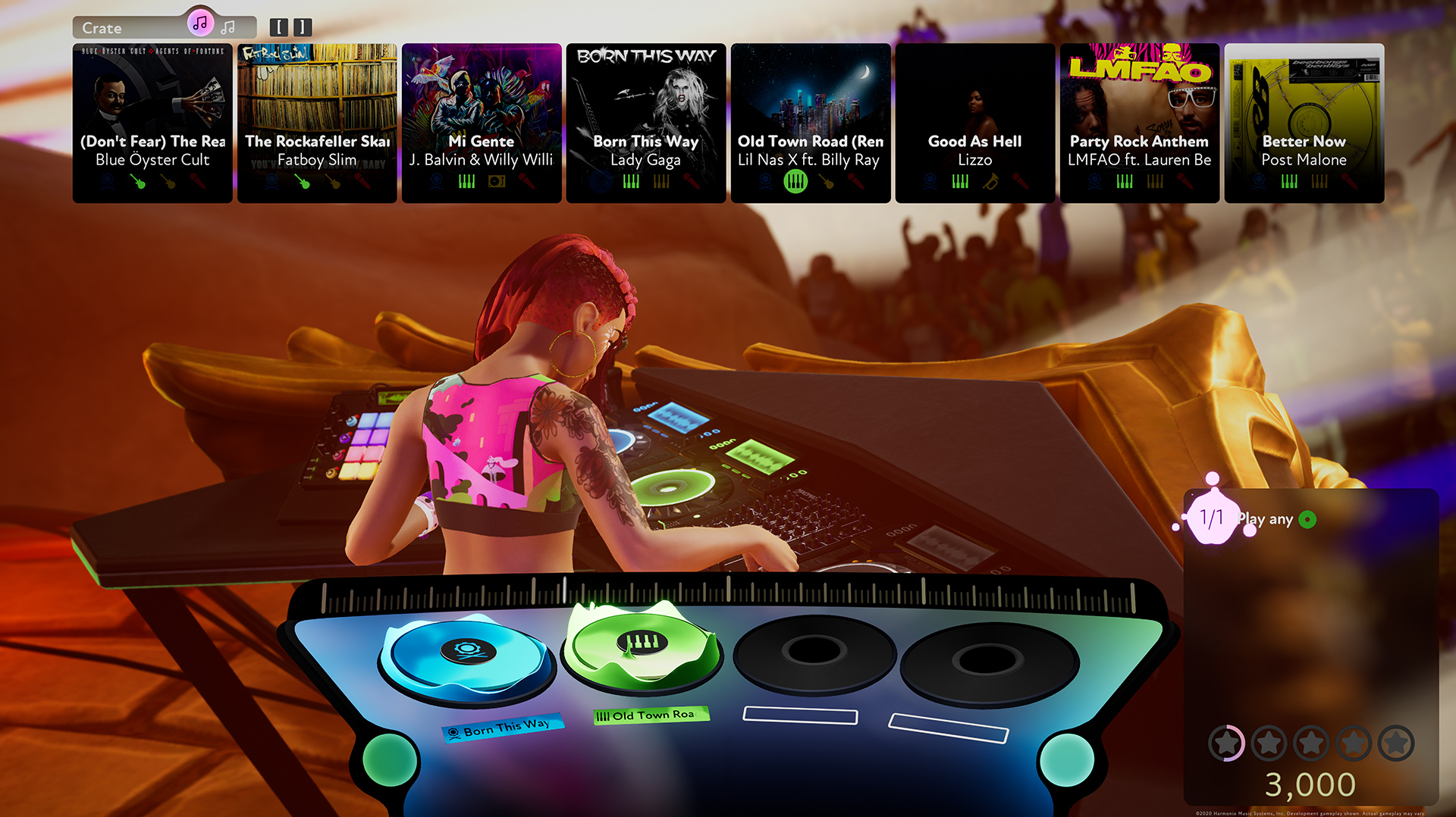 If the thought of trying to gain a high score will kill the buzz of the song, fear not. As evident during a stage demo (which had literal fireworks emerge from Harmonix’s massive stage setup), it appears that a free play mode can be implemented in FUSER. This here could be the decider on how much this game will catch on, as players craft remixes worthy of blasting at parties without the fear of seeing a “Game Over” screen of sorts. (Since FUSER will be coming to the Switch, it’ll be very easy to play DJ at large outdoor get-togethers.)

Thus far, FUSER has the potential of bringing Harmonix back to household name status in the video game community. So long as it has a big selection of songs from artists throughout every genre and spectrum, this new rhythm game will certainly become the new big experience to bring to hangouts and the wildest party. You may not transform into the next Galantis or Bassnectar with it, but you’ll no doubt feel like a remix king when you drop the bass! 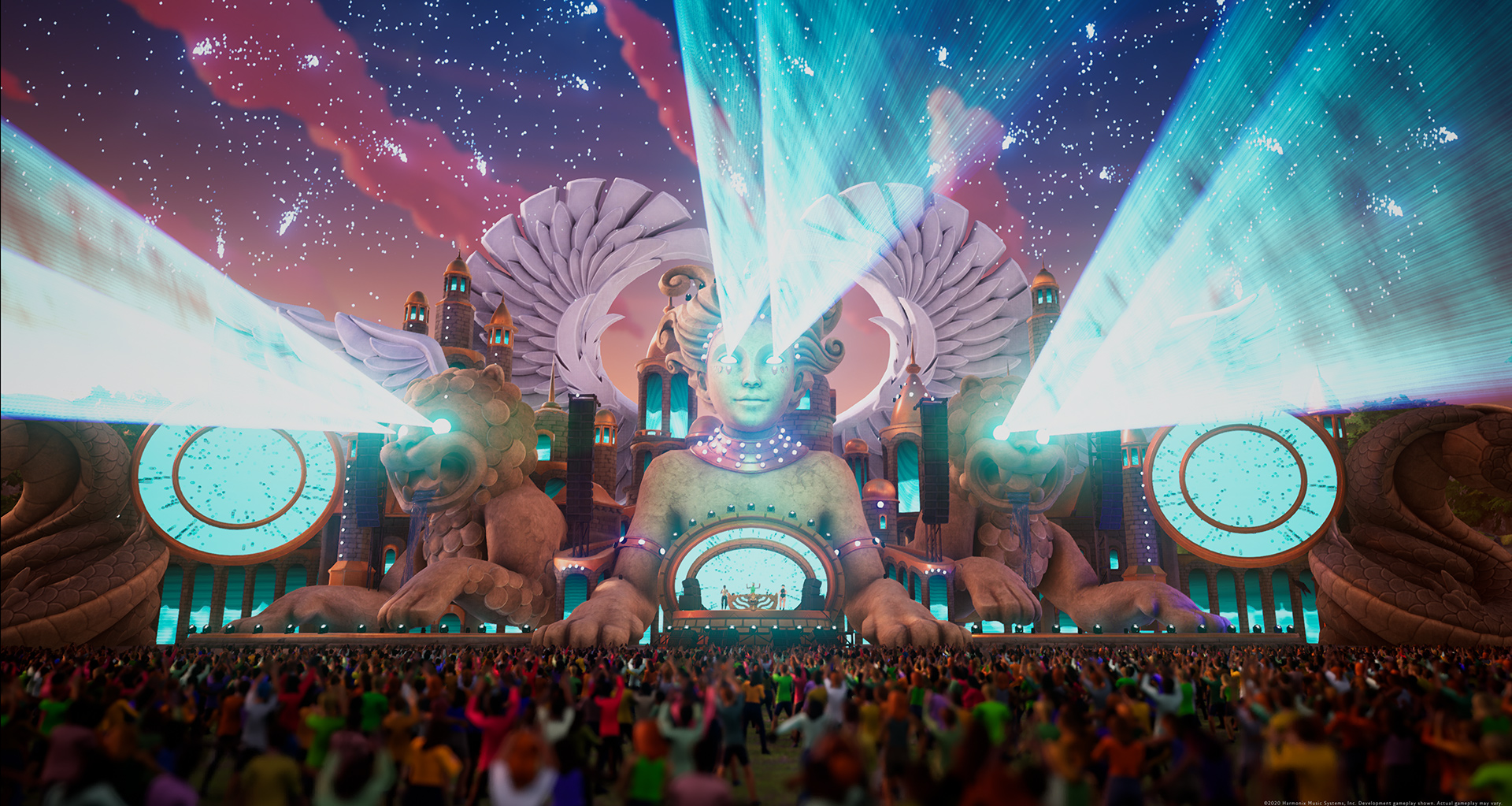 FUSER will be out on PC and consoles this fall.