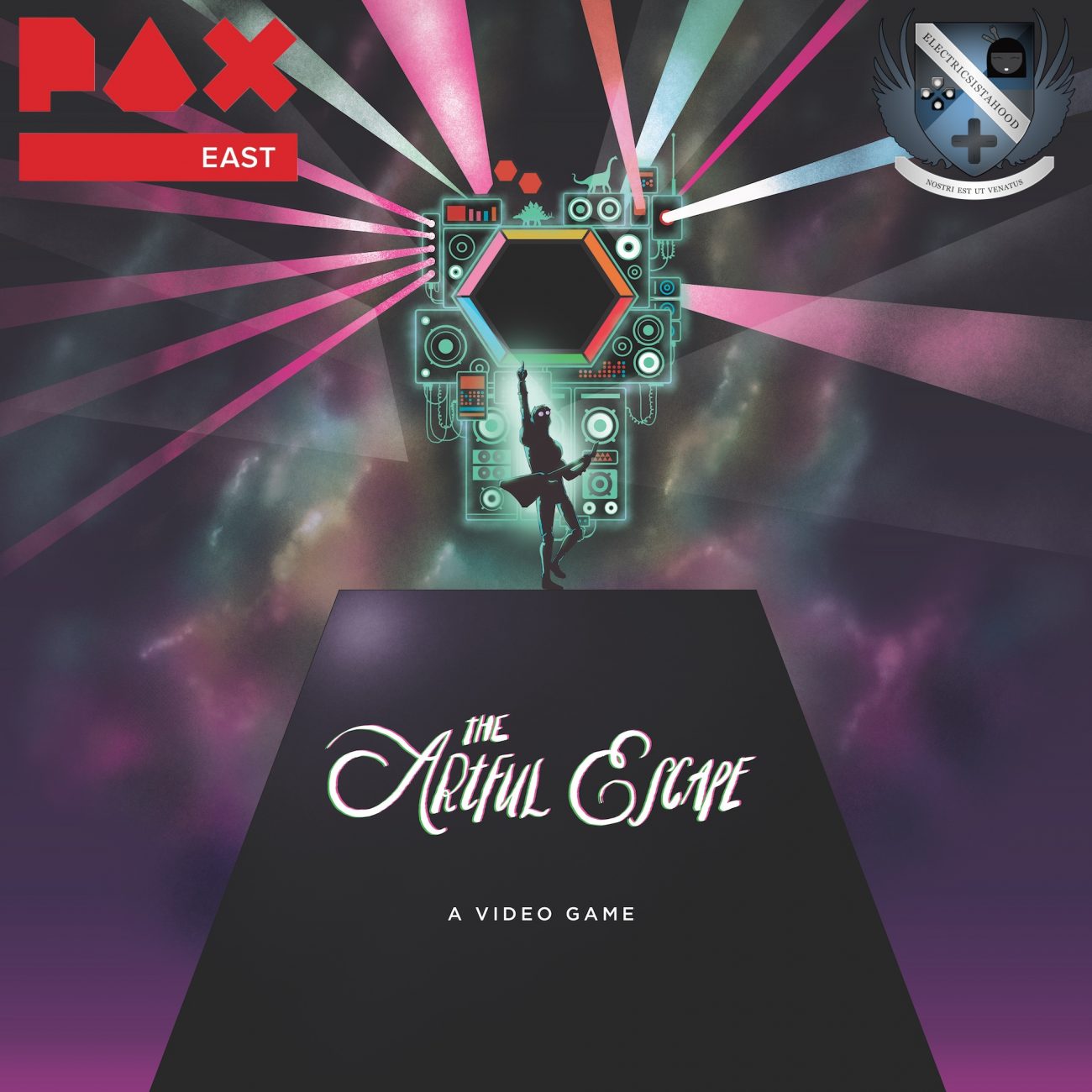 Rock ‘n’ roll is a powerful tool. It can create & destroy worlds, reveal hidden identities & mask new personas, and become the soundtracks of our lives. Annapurna Interactive knows the power of music in general, after last year’s fantastic Sayonara Wild Hearts. This year, they seek to earn a repeated victory via Beethoven & Dinosaur’s debut video game The Artful Escape.

At the Annapurna Interactive booth, the first level of The Artful Escape was shown off. Players take control of musician Johnson Vendetti, the nephew of a folk singer looking to make his own name in the music scene. He enters a majestic world, where the power of rock ‘n’ roll can reveal new areas and awaken once-dead landscapes. His reason for the quest may be a selfish one, but the end of the path may bring him closer to his relative than one could imagine. 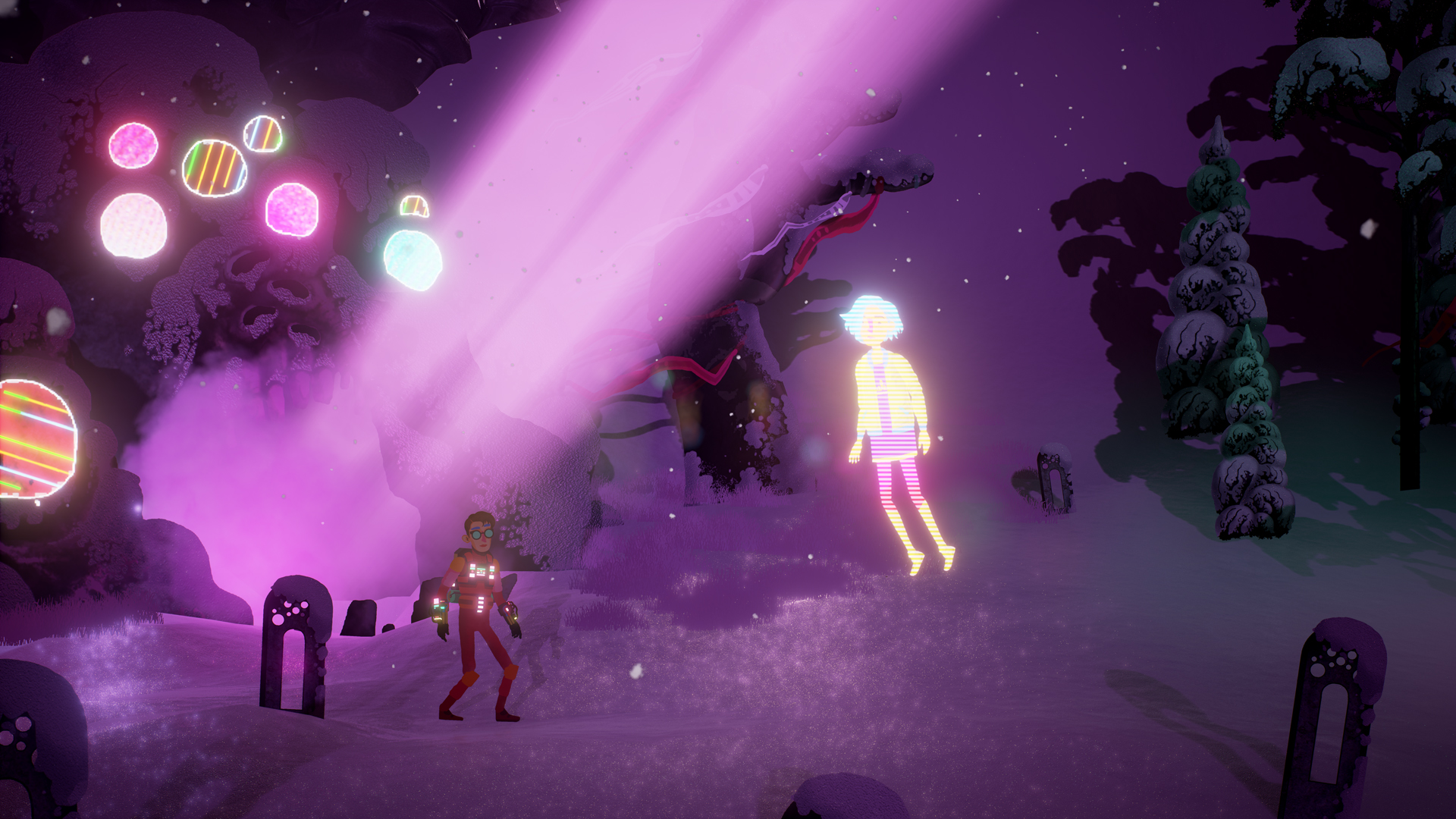 The gameplay of The Artful Escape mixes platforming and rhythm elements, with most of the demo having you going from point A to point B. As you run, you can play riffs on your guitar, revealing creatures and colorful realms behind you. Power-sliding down hills and slamming your guitar after a giant leap result in Brian May-like solos that ooze through the speakers with goosebump-raising intensity. But it’s when the rhythm aspects enter where the real power of the game is revealed.

At the end of the demo, I was face-to-face with a creature within a rundown psychedelic jazz club. Looking at its body, his features lit up with powerful musical notes blaring. By repeating the pattern on the Xbox controller, the realm around Johnson started coming to life in epic ways. With one epic guitar solo after another, the power that blasted through Johnson’s guitar would make David Gilmour grin ear-to-ear. 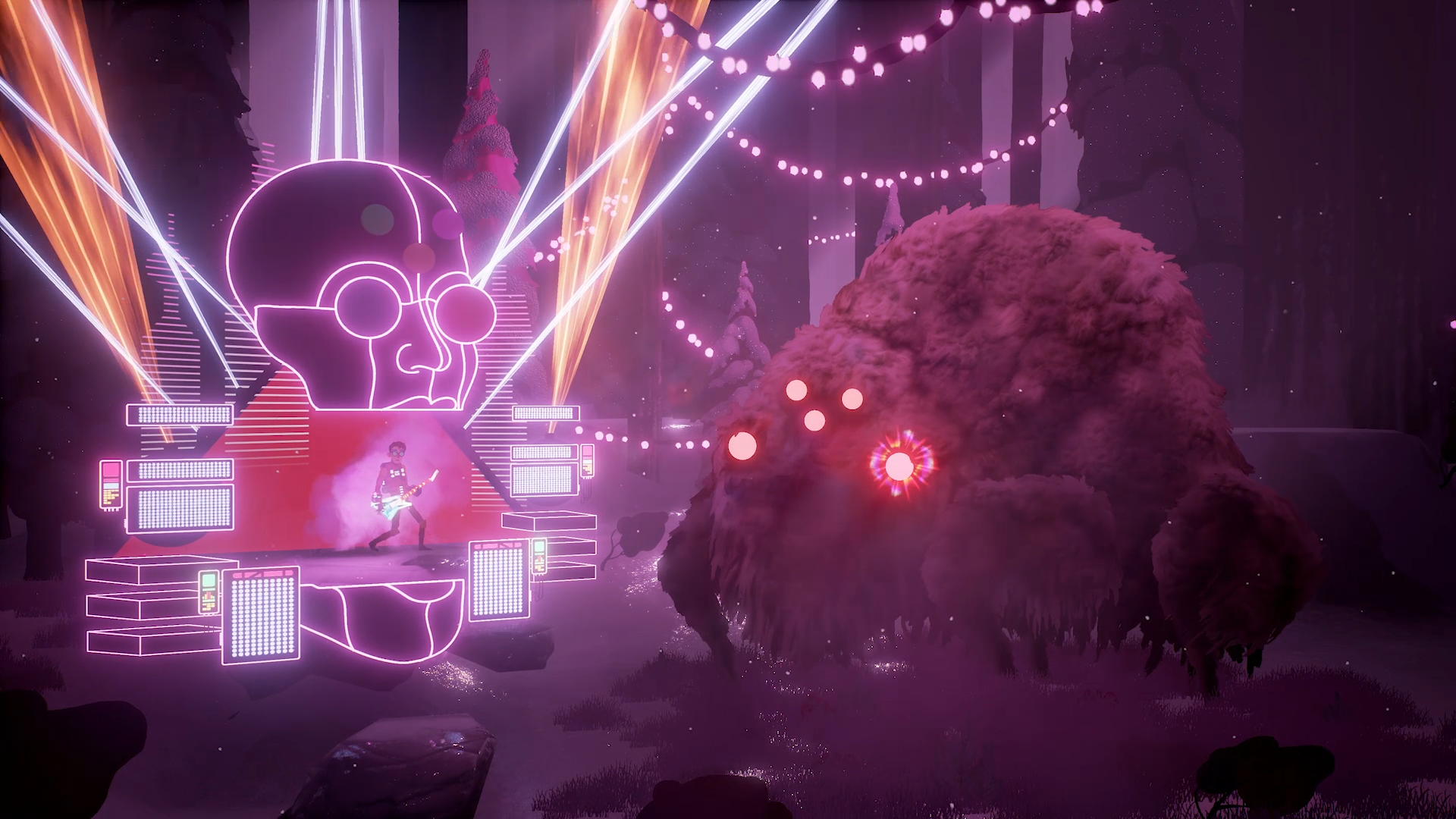 I can be a big sucker for games revolving around music, and The Artful Escape is certainly pushing the right buttons in that regards. Its art style looks gorgeous, and the soundtrack you craft as you run about tickles the eardrums with glee. The thought of rock ‘n’ roll unlocking vast worlds is like a dream from the minds of RUSH and MUSE, and Beethoven & Dinosaur have managed to concoct said dream beautifully!

The Artful Escape arrives on PC, Xbox One, and Apple Arcade in 2020.