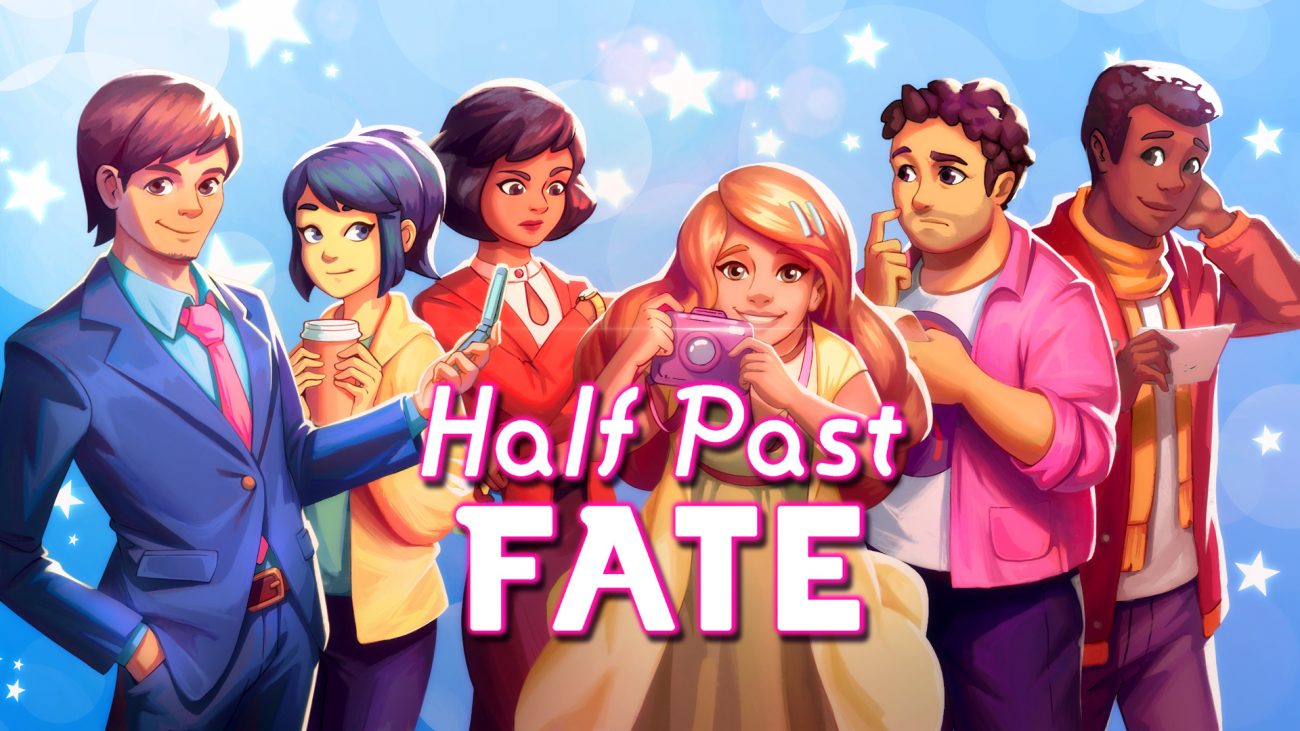 I enjoy a good romantic comedy here and there, whether it stars Tom Hanks, Hugh Grant, or even some up-and-coming no-named actor. There’s a genuine sweetness that can be found in movies like Love Actually, Sleepless in Seattle, and When Harry Met Sally. Bringing that sweetness to the video game realm may have been done in stuff like Japanese visual novels, but not so in classic LucasArts/Sierra-era point-and-click narratives. That’s why I feel warm and fuzzy after playing Serenity Forge’s Half Past Fate, despite some of its flaws.

Taking place over eight years, Half Past Fate follows three couples-to-be as they search for their acquaintances. One couple spends years trying to convey their feelings; another a couple of weeks; and a final one within 24 hours (or a lifetime in rom-com minutes). These stories find a way to connect with one another, be it through mutual friends or even family members. With the right amount of commitment and tasks completed, these six people will find themselves bound by love and an endearing future. 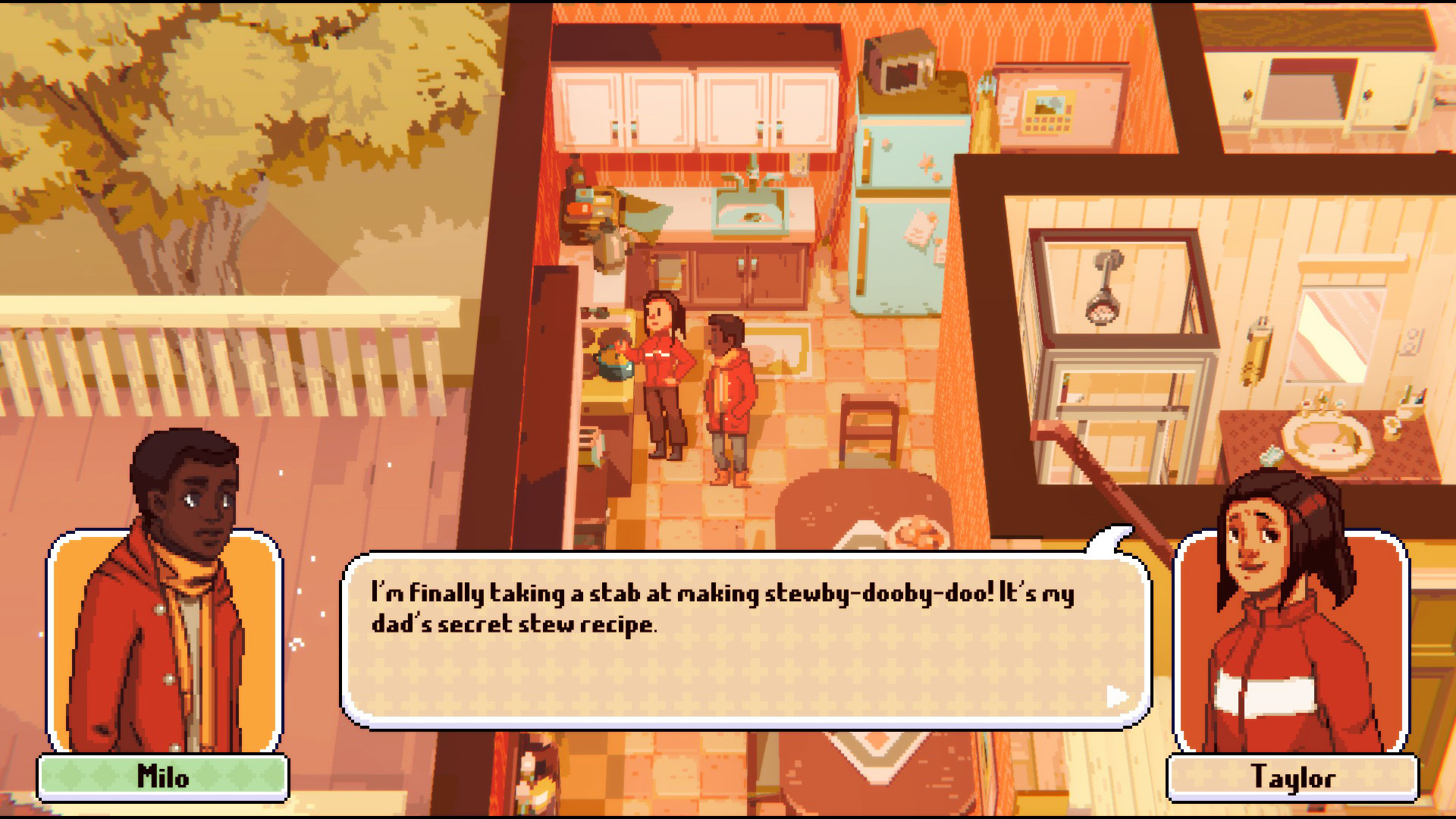 It’s fairly easy to see some of the film influence that’s been placed in the game’s narrative. There are your usual love-hate tropes, BFFs that become more than that, and even a Cinderella story that replaces a glass slipper with a smudged phone number. But it’s how these stories are presented that keeps these ideas fresh, and even when punchlines are seen a mile away, it’s fun seeing the end result still deliver a good laugh. A big reason for this is how the characters are framed.

Your main six characters aren’t the type of people to sneer or boo at; they’re written to be sympathetic. Within its 12-chapter story, Half Past Fate gives players enough reason to root for these characters. They’re not snobs or creeps or some unlikable sort of people; they’re actually surprisingly relatable. There were a few times where even I saw myself in a character like Jaren or Milo, who sometimes struggle with finding the right words or right time to truly say how they feel about the woman they love. 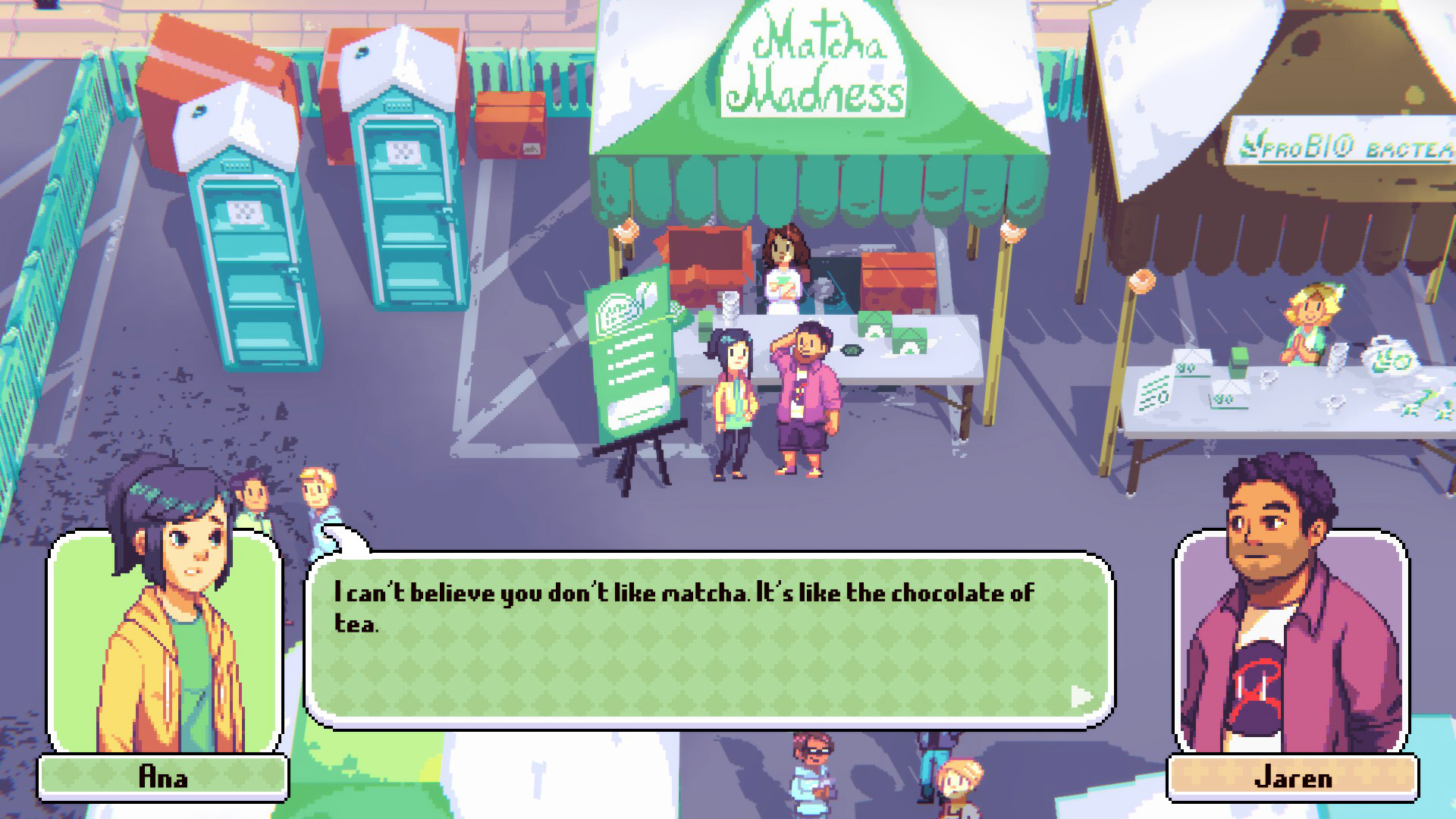 Thankfully, there’s also a strong emphasis on the comedy aspect of rom-coms in this game. Whether it’s a humorous quip or seeing something like a seagull swooping in to steal a smartphone, the silliness that Serenity Forge comes up with the game will certainly get a chuckle out of anyone. The point-and-click elements also wind up delivering some surprise gags that even those who’ve watched every Meg Ryan or Sandra Bullock movie wouldn’t even see coming.

This does lead me to the somewhat weaker aspect of Half Past Fate, and that is the point-and-click gameplay. The good news is that its simplistic nature will make it easy for anyone who’s never played these sorts of games before. However, having only the option to see or do/talk does lead to a lack of variety in certain areas. I recall when I played titles like Space Quest or Leisure Suit Larry (you know, when I wasn’t supposed to!), where all of these gags from sniffing, hearing, or tasting certain objects could be found. With that being said, I do get that Serenity Forge is a small developer compared to the bigwigs, so it’s forgivable that there aren’t as many action options. 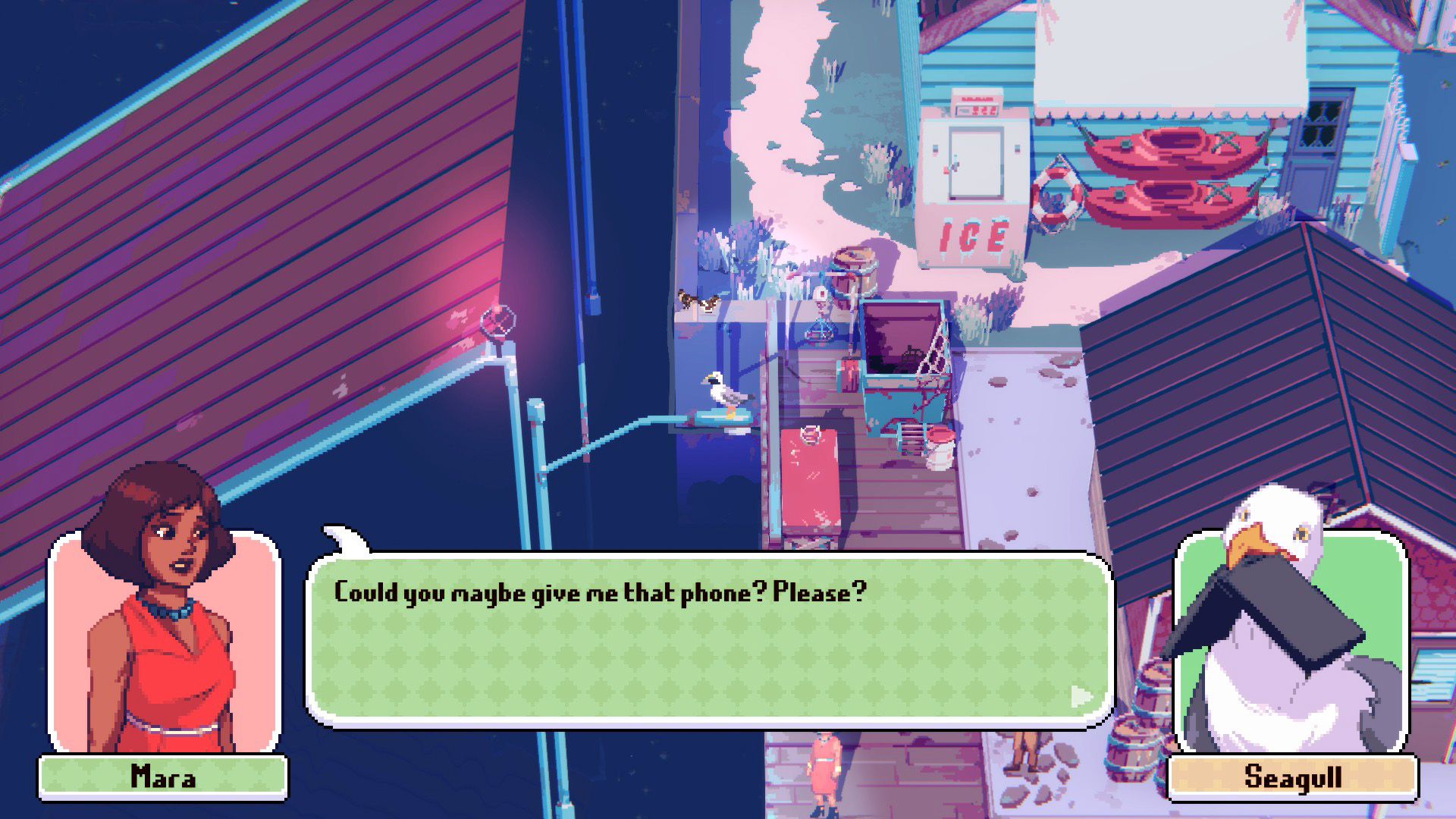 Still, there were times when I would find myself wandering around a level trying to figure out what to do next, without any sort of indication of where to go. In one level, I spent nearly half an hour walking around back-and-forth trying to search for a solution. The answer wound up being right in front of my nose, even though I had attempted to interact with it a few times before. As such, some of the fetch quests can be rather long, daunting, and — at times — frustrating to figure out.

Despite this, Half Past Fate delivers a pretty satisfying experience. While I don’t see it as being one of the best point-and-click games of 2020, it does give players enough of a good time to make it worth diving into. Even after you complete the seven hour campaign, you may have found that you missed a few details and tidbits, making it worthwhile to revisit certain chapters.

Half Past Fate is an enjoyable rom-com with the spirit of classic adventure games. Some of the quests may be tedious, but the overall presentation is both adorable and heartfelt. Even if you wind up playing it just once, Half Past Fate will certainly stick with you soon after the end credits roll.