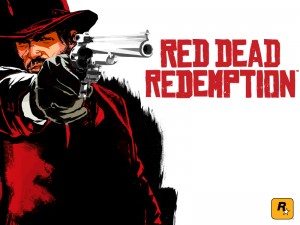 Day Two of PAX EAST and Panda's had her hands on a lot of things...most recently Red Dead Redemption.

It is day two of PAX EAST and I have laid hands on Red Dead Redemption. Needless to say, this was a title that a lot of media wanted to get some hands on time with since the line was lengthy from the get-go. The screens around the booth were rolling with footage of game play and even some snippets of cool elements that will make your time in this interactive world a lot more enjoyable.

The gameplay seems a lot smoother from what was shown and played over at PAX Prime, and even though I wasn’t privy to that particular experience;the slight pre-demo buzz from the line voiced concern over sluggish loading screens and game controls. Having no experience with this game’s predecessor, Red Dead Revolver; I had no formed opinion about it. I could tell that Nick, the man who gave the demo was truly passionate about what he was showing me.

When it came time for me to wander through this dried up shriveling frontier, I felt assured enough that I would adapt quickly. I didn’t have to worry about that too much since they mirrored the mechanics used in the Grand Theft Auto series.

The thing I am most looking forward to from this title is the exploration of the ever- expanding sandbox world. Right off the bat, Nick was quick to mention that this sandbox world is far bigger than any that Rockstar has ever created. Size isn’t all that’s going on here; action is all around you—wild feral beasts that can and will attack you at a moments notice, a new variation of the wanted system, and even a fame/honor system that can shift the course your story will take. These are all things we, in the gamerdom are familiar with but sometimes even the smallest change will have a lasting effect on you.

Also out of the corner of my little panda eye, I noticed that on the main screen of the demo was a multi-player option. There was no information on that aspect for Red Dead Redemption. In most of my other third-person shooters, I always want to see a mode of gameplay that would allow me show off my hot shot skills on unsuspected fellow gamers. It also gives me a place to team up with friends to take on a green patch of newbies. This is always good in my book.

Outside of the long press wait, the demo was worth it to me. This isn’t to say that others will share in my opinion but I am looking forward to its May 18th release.

Time to Get My Buster Ready