HomeVideo GamesTime to Get My Buster Ready
by: Bramimond
0
Video Games

Time to Get My Buster Ready

With Megaman 10 out on Wii, PSN, and soon to be released on 360, Megaman fever is sure to be abuzz. I however, have my eyes set a bit on the future. I was never an avid player of the classes NES Megaman titles, preferring the gameplay of the X series. But I’m even more interested in the storyline that follows the Blue Bomber’s friend, of the red persuasion. That’s right folks; the wielder of the Z-buster is getting somewhat of a comeback. 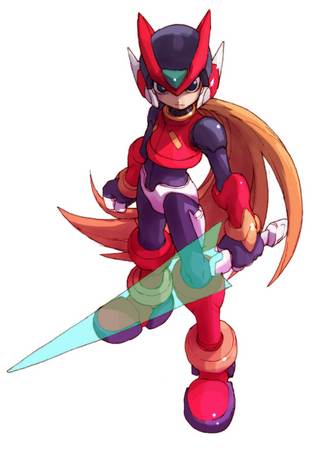 Between the Z-saber and the ever familiar Z-buster, Zero has always been a versatile character in the X series. His sleek design, (as well as the designs of many of the reploids in the X timeline) inner turmoil, and badass attitude can really draw a crowd. But hey, this post is meant to announce something, so let’s get to it.

Capcom is set to release a Megaman Zero Collection for the Nintendo DS. This game will include all 4 of the Megaman Zero games that were previously released for the GBA. Let me be one of the first to say: Thanks Capcom! Thanks for waiting until after I went to every Gamestop in the county to try and track these games down. My own spite aside, these games are great additions to the collection of any Megaman fan. 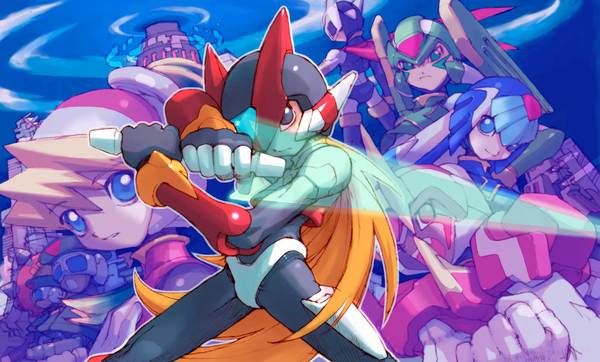 The games follow Zero, who has been inactive for 100 years. He is awakened by the leader of a resistance army of reploids who are fighting against an oppressive government known as Neo Arcadia. Zero learns that X is the leader of this government, along with his 4 reploid generals, so to speak. Unsure of who he is and what is going on, Zero must help his new friends and get to the bottom of X’s motives.

The storyline is gripping and the characters are fairly well developed. It is fitting too, that this game be released on the DS. The Megaman ZX series was on the DS and can be considered the spiritual successor to the Megaman Zero series, as many of the reploids from the Zero series are wearable armors in the ZX series. So, when can we hope to plug this into our handhelds you might ask? Well that question has a foggy answer. A Japanese release was originally announced to be April 22, 2010 with a North American release to follow in June. However, there are apparently development issues that are pushing back the release date. So as of now it is TBA.

Personally, I can wait a bit longer. I just wonder if we’re going to be getting the censored version again this time:

To be honest, I never quite understood why reploids bleed in the first place. But I guess realism was one of the concerns for Light and Wily, go figure.

Either way, unless the collection has some new content, it won’t be a straight away purchase for me. New features for the games would be amazing, and a bonus game included on the cartridge would be tantalizing. Perhaps another GBA Megaman game? Oh say, Megaman and Bass? Here’s hoping, Capcom.