So, I got an interesting message in my inbox today.  Turns out that in my mailbox, by the time you read this, will be my very own instant streaming disc for the Nintendo Wii.  Why would I need this feature when I already have a multitude of devices that do it already?  I wouldn’t, but that’s the fun of it. 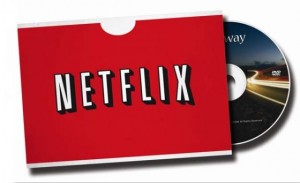 Whenever people ask me if I like Netflix Instant Streaming, I always respond that it is both the best and worst thing that I have ever gotten.  With it, I can watch a slew of TV shows and movies, all for a very low monthly cost that, to be honest, I was paying anyway.  Using a Playstation 3 or an Xbox 360 will even allow you to view it in HD.  Now, before you go calling me a walking ad for the service, it does have its downside as well.  With all of this content at my disposal, I end up watching it.  Now with the addition of the Wii, if I so chose, I could easily have the streaming service on every television, which is both exciting and terrifying.

For the people who don’t have an Xbox 360 or PS3, but do have a Wii, this is exciting news, but playing with Netflix is going to be a little different on the Wii than it is on most of the alternatives.  First, since the Wii does not output in HD, it will be displaying content in standard definition.  There is no need to be concerned though, because the fact of the matter is SD doesn’t actually look all that bad.  Take a look at the Nintendo Channel on the Wii if you want a point of reference.  Personally, I think those videos look pretty good. 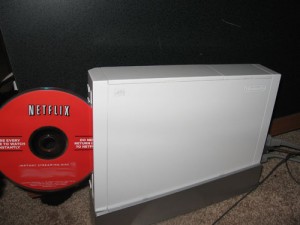 Second, there’s going to be motion controls involved in this version.  This may well make it much easier to browse through the selection of media, so that is worth being excited about.  Also, there is no additional charge for the streaming service, which makes it a great value, though you do require the disc in order to run the service.

With so many devices already hopped onto the instant streaming bandwagon, what’s in store from the future?  The Nintendo DS is rumored to be next.  I’m not sure of whether or not that sounds at all appealing to me.  I’ll surely download it when it comes out though, because you can never have too many devices that can play the entire series of Firefly.  Until next streaming disc, happy tuesday everyone.