Well, it’s official, there is going to be a Little Big Planet 2.  I’ll admit, I wasn’t sure how this game was going to be possible, but after seeing the reveal trailer I am a true believer.  It looks to offer up not only a better way to craft many different genre of games, but a way to string them all together into a full-sized lump of craziness. 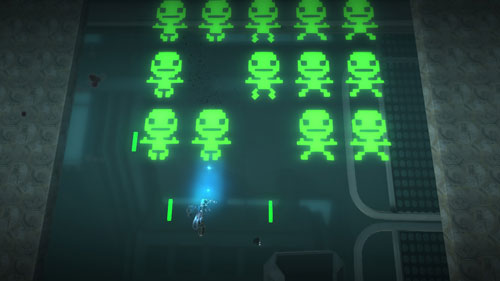 When the original Little Big Planet was about to launch back in 2008, I was obsessed with getting a spot in the beta.  When I finally did, I was met with one of those rare moments of experiencing something that felt completely new in the world of gaming (a feeling most recently felt when playing Heavy Rain).  The ability to craft your own world and then let people experience it first hand is amazing.  Also, when you get sick of making your own content, you could explore the over 2 million other levels that had been made by everyone else.  As time wore on however, there we a couple of chinks in this game’s very thick armor. 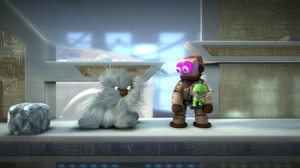 The first thing was the copious amount of horrible levels that were posted on the server.  When I say horrible levels, I really don’t mean the ones that are poorly built so much as the ones that are all about earning trophies.  Even the poorly built ones quite often had heart and that was enough, for me at least, to carry me through a lot of them.  Media Molecule is promising that for the sequel, you’re going to be able to sort through the levels in a much better way with their totally revamped level searching engine.  Not will you be able to find awesome levels in-game but online as well.  Every creator and level will have it’s own webpage.

The other thing comes down to how the levels were set up.  While I loved the levels that I made, they never quite came out how I originally planned.  Some of the tools, while very effective at what they do, were a little tedious to implement.  It looks as though this is being addressed in the new game as well with a new feature called circuit boards.  All of the different behaviors you can apply to objects and characters can be shrunken down into one tiny chip.  Also, you will be able to string together your levels to create a entire series, which was done in the first game with keys.  From the trailer it looks as though you will be able to string them together directly, eliminating having to search for the next link in the chain. 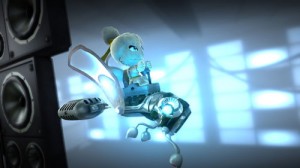 My main concern about there being a full-sized sequel to Little Big Planet was that there wasn’t going to be enough new content to justify it.  It’s looking like I was dead wrong.  With the ability to animate characters for cut scenes, design vehicles, a brand new search engine for levels and a slew of new characters and power-ups, this sequel looks to be just what the sackboy ordered.

YouTubes: Birth of a Spartan