With the announcement that Killzone 3 is going to be in 3D, that got me thinking about this whole 3D thing and which medium it might work well in.  To be honest, I love going to see movies in 3D in the movie theater but, I am not thoroughly convinced by enjoying it in the home.  Also, I think there may be some very good arguments for making the 3D leap on a video game system, but obviously there are some factors that make me hesitant there as well.  The real question remains: Is this just a fad or is it going to catch on and become the future?

Out of the last five movies I’ve gone to see in theaters, probably about three have been in 3D.  The novelty of it makes even some semi-crappy looking movies seem worth paying my hard-earned money to see.  The real rub for me comes with the idea of that technology coming to the household the way it’s set to now.  Not only do you need a specific kind of TV, but each person who wants to watch needs their own pair of expensive glasses.  It seems impractical if you wanted to host a party where a group of people watch a movie and you have to have glasses for every single person there.  That being said, having experienced the 3D TV technology, it does work well and it’s very cool to be able to bring that clean 3D experience to your living room.  It really comes down to whether or not you’re willing to incur the massive bill it would take to make it usable. 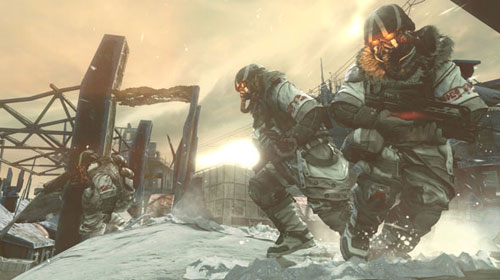 Much like the ideas of movies in 3D, there has been dabbling in making video games 3D for years now.  With the abysmal failure of the Virtual Boy to the release of the game of the year edition of Batman: Arkham Asylum in 3D just a little bit ago, it has been tried over the years with some limited success.  The real excitement comes from titles like Killzone 3 in 3D as well as the Nintendo 3DS coming sometime in the not-too-distant future.  With Killzone 3, some of the same arguments hold true.  You still need that brand new TV to view it, but with online gaming, you can play it with your friends and they don’t necessarily need the glasses.  The 3DS takes it a step even farther and gets rid of the glasses all together.  For now my position on 3D games remains about on the same level as movies.  I’m staying cautiously optimistic about it, but until I get my hands on it, I can’t say for sure either way.

When it comes down to it, I really don’t think there’s a good way to call this one.  Both have had their successes and failures in the past, but the hype is starting to run extremely high for each.  I’m not sure if 3D is really going to be the next big thing, but if it is, then it’s going to start happening here pretty soon.  Personally, I’m crossing my fingers for the 3DS to work extremely well and push the rest of the 3D tech towards not having glasses.  As for movies, I’m still waiting for that hologram of Jaws to pop out and eat me.