I walked onto the show floor for the first time ever and in an excited fervor, I head to the very first open controller I can find.  It just so happened that the game I grabbed was none other than Saw 2: Flesh and Blood.  Now, while I’m certainly not an apologist for the movie series, I very recently played through the first game and was eager to see what was different about the new game.  As it turns out, they’ve taken the original and put it under a microscope to see how they can make it a better experience. 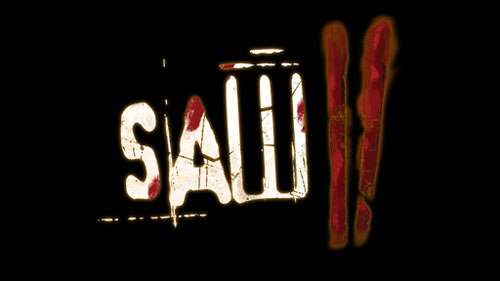 The game opens with a familiar trap from the movie series where a key has been sewn underneath the character’s eye and you have to cut it out to get the trap you’re currently in off your head.  This game is certainly not for the squeamish, as it gives you plenty of close-ups on the action.  The next thing that I noticed, once I escaped that initial trap, was that they have provided a flashlight that isn’t horrible in this game.  In the first game, you had a choice between the lighter, flashlight or camera.  The flashlight gave you a bit more distance than the lighter, but you could only see what was directly in front of you.  In Flesh and Blood, though I did not travel far enough into Jigsaw’s newest labyrinth to ind out, it looks as though they just give you a flashlight and it provides a significant amount more light while still retaining the creepy dark setting.

Tobin Bell is also returning for this one to reprise his role as Jigsaw.  His voice is indicative of the series and I couldn’t imagine a game or movie without it.  Beyond those points it seemed to be pretty much business as usual for the game.  You enter into a room and a door automatically closes behind you.  Cue the TV where the puppet will give you your instructions for the latest trap.  Solve a puzzle that could possibly involve reaching into a toilet filled with syringes and fight some dudes.

A lot of the puzzles, though familiar in some cases, had been revamped for the sequel with some new twists that are sure to keep them interesting.  The atmosphere has also been improved with a lot more instances where you walk by a window just as someone meets their doom.  They even found a way to make it relevant to the gameplay.  If you pay attention to what’s happening to the people around you, it may just prepare you for some things to come.

While it’s still not going to be the best game ever made, I really did enjoy my time with Saw 2: Flesh and Blood and I’m looking forward to seeing some more of it later on.  Fans of the series, keep your eye on this one!

Watch "Welcome to the Space S...