When the Playstation Move was originally announced, I showed a picture of it to my girlfriend.  She looked at the picture of the device and immediately dubbed it the “Multi-Colored Seal-Nosed Mote”.  Since then, I have referred to Sony’s motion controller as such.  On friday, I picked up the Seal-Nosed Mote with the Sports Champions bundle and played a heck of a lot of that game. 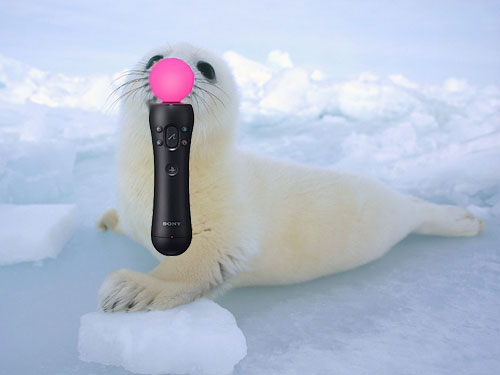 On the surface, it would be very easy to say that this game is the Wii Sports Resort for the PS3.  While in some instances, this game definitely lives up to that label, there are ways in which it differentiates itself enough that it becomes a great standalone title.

First off, I would like to go on the record of saying that the Move controller works quite well.  It is every bit as accurate, if not a bit more, than Nintendo’s Wii Motion Plus.  There is also something kind of enchanting about how the Seal-Nose changes colors while you’re playing.  It seems kind of silly, but it really does add something to the experience.  I’m definitely looking forward to the kinds of effects they can produce with the color changing effect.  I hope it’s not just me, but I also wasn’t expecting the ball to be soft.  It is certainly a welcomed surprise, but I really had no idea.

Getting back to Sports Champions in particular, I greatly enjoyed my time with the game.  It comes with six different sporting events: Disc golf, gladiator, beach volleyball, archery, bocce ball and table tennis.  While some are definitely better than others, they give you plenty of incentive to keep coming back to each sport.  I got a chance to try out all of them and my personal favorites were archery and gladiator.  The only one I wasn’t all that into was bocce ball, mainly because of the slow pace of the game.  For most of the sports you have an option to play with either one or two motes.  Unfortunately, I have not had the chance to try out anything with two of them, but they feel very good with one. 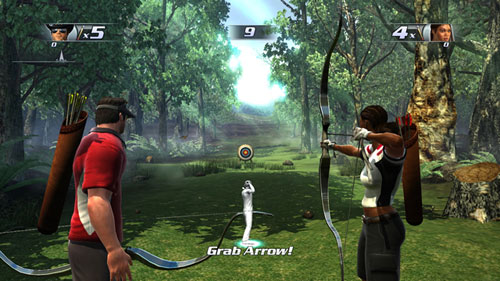 As opposed to Wii Sports Resort, using the Mii characters, they have some pre-made characters for you to select.  They are all a little hilariously hokey which makes it a bit more fun.  There is also a chance to unlock some new peeps throughout the game.  Each sport is set up with three different modes: free play, challenge mode and champions cup.  In the free play mode, you get to choose the parameters in which you play.  In challenge mode, you do different mini-game challenges towards getting a high score.  Champions cup is like the story mode for the game where you go through and play against all of the different selectable characters until you win a medal.  There is a bronze, silver and gold medal for each sport.  You also earn a one to three star rating on each champions cup level, for added obsessive collectiveness.

I think that the different modes and the overall tone in the game make it different enough from an aforementioned Wii title that it’s definitely worth owning them both if you’re into motion games.  While they’re not completely the same, they do have their similarities.  The feel of the sword fighting and table tennis do feel very similar to their sister modes in Wii Sports Resort.  If you’re not a very big fan of that, then I might recommend waiting a bit for a Move title that appeals to your taste.

All in all, I had, and will continue to have, a great time playing Sports Champions.  If you love playing sports with motion controls, then it’s a no-brainer.  As for the Multi-Colored Seal-Nosed Mote itself, I think it has a lot of potential to be a great way for Sony to extend the life of its system.  I look forward to seeing what it will have to offer in the future, including the Heavy Rain update that should be dropping any time now.  In the meantime, PS3-waggle safely everyone!

Waiting For The "Worms" To Bomb