Dead Space 2: A Symphony of Dismemberment

After several movies, books, comics and prequel games, Dead Space 2 has finally arrived.  Personally, I have been waiting for this game for quite a while.  As a huge fan of the original game and an owner of far too much other Dead Space media, this game release could not have come soon enough.  The hype leading up to it has been pretty substantial, but after playing it myself I truly think we may already have one of the best games of this year. 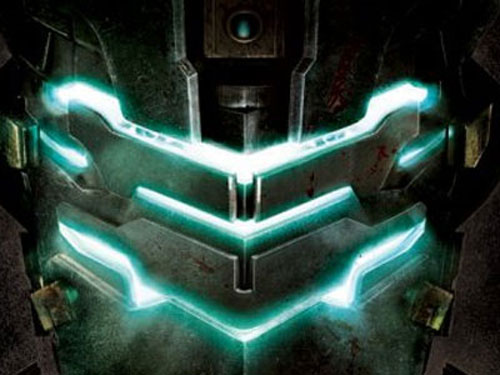 You can tell that you like Dead Space just a little too much when the rewards for all the past games, DLC, pre-order and special-edition rewards take abut twenty minutes to load.  Several special pieces of armor and guns come along with being a long-time fan and my personal favorite so far has been the refurbished plasma cutter, which you get for having played Dead Space.  It gives you the option of having your standard gun look the same as in the previous game.  For playing through Dead Space: Ignition you get a special suit as well as a couple of otherwise inaccessible rooms.  Don’t worry if you haven’t played it, there isn’t anything too crazy in there aside from a couple items and some audio logs from the main character of that game.

Did you like Dead Space?  Of course you did and that’s one of the reasons you’d want to go and and pick this game up, but no sequel is complete without some changes.  The controls operate at the same level.  They do feel a bit more loose, but that can actually be adjusted in the options.  The best new features are more of what’s included than how it controls.  There are a slew of new weapons included in the game all of which are fun and add a new depth to the gameplay.  My personal favorite is the javelin gun, which lets you shoot a spear at enemies, pinning them up against any nearby walls.  Another new feature is the ability to shoot out windows opening up a vacuum in the room, sucking all the enemies out.  The only twist being, you’ll be sucked out as well if you don’t shoot a target that seals the room.

New enemies also abound and there are some disturbing ones this go around.  One of these foes includes a baby necromorph called a Crawler, which is an infant with an exploding tumor on its back that crawls toward you.  They are usually in abundance and if they get too close to you, they can be quite deadly.  All of the old favorites are back as well including my nemesis, the Infector which turns corpses into more necromorphs.  Good thing for me, they improved the stomping mechanic, making Isaac more stomp-happy in this game which makes it easier to dismember corpses laying around.

How did you feel about the zero-gravity sections in the first game?  Well, love them or hate them, they’ve been changed for the better this time around.  Now, Isaac is able to use his jet boots to fly around freely during the zero-gravity sections which makes for some fun and interesting puzzle-solving and combat situations.  The set-pieces built into the Sprawl, are awesome to behold and fun to travel through.  There is an immense amount of detail put into everything and it’s hard to believe, but all the work put into this game puts its predecessor to shame.   Not only is each environment detailed, but they also managed to include an amazing amount of variance.  It never feels like you’ve been in an area before, unless you’re actually revisiting someplace, and that is certainly something to celebrate in a game set on a space station.

Not very many games today can truly say they’ve accomplished being scary.  Dead Space 2 is one of those that can.  While some of the scariness comes from necromorphs popping out of tiny monster-closets, the bulk of it is evoked by what I like to call the “oh crap, oh crap” factor.  The first time I ever experienced this was in Resident Evil 4 when I was being surrounded by crazed villagers wielding chainsaws.  It’s not so much about jump scaring as it is about the feeling of being so totally outnumbered and overwhelmed there’s no way you’ll make it out alive.  The original Dead Space managed to capture the essence of this feeling quite well and its sequel has mastered it.  It doles out ammo in low enough amounts that you always have to keep a eye on it and the massive battles are thrilling.

All of this sounds pretty awesome, right?  Well, I haven’t even gotten to the part where the game has multiplayer.  In a move quite similar to the Left 4 Dead franchise, this game’s multiplayer has you playing as either an Isaac Clarke clone or one of the various kinds of necromorph.  The progression follows a very similar pattern to Call of Duty where you are obtaining new abilities and power ups as you gain more experience as you play.  The modes include the good guys trying to achieve a certain objective while the necromorph team does whatever they can to keep them from getting there.  It’s a ton of fun and was a brilliant way of integrating the awesome gameplay of the main game into something people could play together.

As I wrap up this lengthy review, the final question that we’re trying to answer here is whether or not you should pick up this game.  To be perfectly honest, this game is a fairly intense horror game and if that’s not your thing, then do not waste your time with this game.  If you are anyone else, then you need to own this game yesterday!  It’s worth your money to go and get now.  I officially give Dead Space 2 my seal of approval and recommend you to buy this game.  Now, I have to go and start playing through the game with my new game plus.  Keep your eyes open for my review of the single-player DLC coming soon.