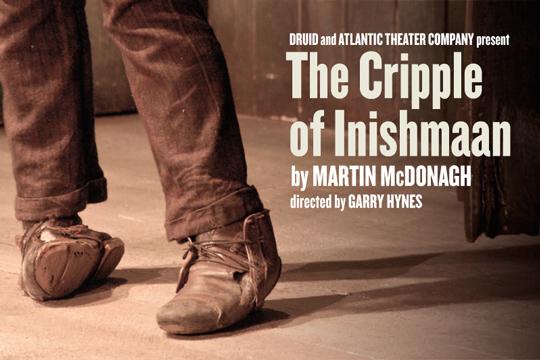 There is not another living playwright out there that can twist the elements of tragedy and comedy together, and create a piece of theatrical work that plays on all of your senses quite like Martin McDonagh. The man responsible for both The Leenane Trilogy and The Pillowman, as well as the dark and demented 2008 film In Bruges, knows how to jumble the saddest, happiest and sometimes disturbing elements of life and slice it all together into one fluid production. Yesterday I was able to check out his Tony-award winning play The Cripple of Inishmaan at the Paramount Theatre, presented by Ireland's Druid Theatre Company.

The "cripple" in the title is Billy Claven (Tadhg Murphy), who gets word that Hollywood film director Robert J. Flaherty is in the area to film a documentary. Seeing it as a chance to escape the life of staring at cattle all day Billy decides to do everything he can to be noticed -- limp leg and all -- by the man from Tinseltown, and try to start a new life as a movie actor. Of course the idea doesn't take well to his adoptive aunts Eileen (Dearbhla Molloy) and Kate (Ingrid Craigie), and it causes nothing but laughingstocks from his so-called friends Slippy Helen (Clare Dunne) and Bartley (Laurence Kinlan), but Billy wants to prove them wrong, even if it's having to tell a giant lie to the kind widowed shipman BabbyBobby (Liam Carney). Much to the surprise of everyone, including the town gossip JohnnyPateenMike (Dermot Crowley) and his drunken mother Mammy O'Dougal (Nancy E. Carroll), Billy gets sent to Hollywood for a screen test, but the harsh realities of America, his lie and the shocking revelation behind the secret of his parents' drowning send the cripple through a downward spiral. 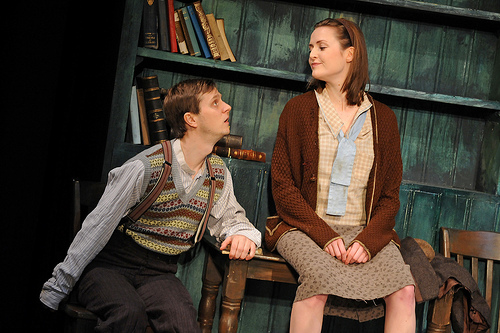 At this moment you are probably scratching your head, wondering how and where anything humorous can be fit into the above description, but believe me: they do, and when something funny happens it will leave your sides aching. From Mammy's drunken habits and Bartley unable to choose his sweets, to Slippy Helen curiously wondering why the town priests like showing her their bollocks and the ridiculously boring news stories that JohnnyPateenMike likes to tell everyone for a price of food, the humor comes fast and in a thick Irish accent. There's also the slutty tales of the unseen daughter of Jim Finnegan, along with the murders of a farmer's goose and a man's cat and the loopy antics of Kate when she is in distress (hint: it deals with talking to something that made a popular "pet" in the 1970s). And yes, there is a lot of mean-spirited jokes and ribs geared towards Billy; sometimes it's funny, other times it's more cruel.

The tragedy aspect of the play also is in full gear, and when something sad happens it will wrench your heart the same way a funeral for a friend will. When you hear the different stories from the townsfolk about the death of Billy's parents you wonder what sort of people would put their son through this turmoil, but when the true story comes into fruition your jaw will literally drop to the ground. There is the scene of Billy in the vein of failure as his cough keeps getting worse while his life progresses, and when he returns to Inishmaan to spill the truth about the fib to BabbyBobby you will both gasp in horror and fully understand his reaction to the lie. Sorrow and unluckiness play as major themes in The Cripple of Inishmaan, but it's the sharp humor of the townsfolk that gets them through, even at the play's most bleakest moment. 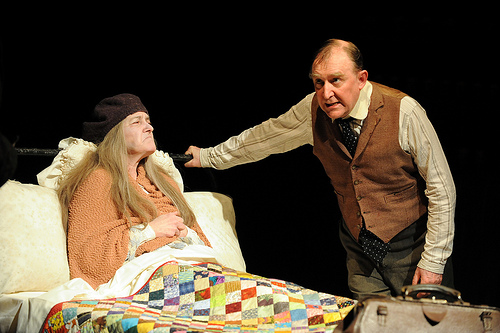 Which leads me to the ending of the play. I will not spoil what happens, but it neither ends happily nor unhappily; rather the play fades to black on what I would like to call a "chance ending." Something both good and bad happens to Billy, and it leaves him with a small slice of hope within a pie of pessimism. It sounds complicated, but once you bear witness to the scene you will realize what I mean.

Under the direction of Garry Hynes (who has directed many of McDonagh's plays) the actors gave it their all, and with their help you are easily transported into 1930s Ireland. Their timing was spotless, and the physical aspects of the characters (especially the realistic limp made possible by Murphy) made the play ever-so real. The folks at Druid made perfectly sure that nothing about these people's lives were not sugarcoated, nor were they glamorized for the sake of the theater world. Instead we were treated to the harsh realities of the early 20th century Irish world, along with some tongue-in-cheek dialogue that is just as authentic as it is funny. Props also need to go to set designer Francis O'Connor (who also did the costumes), who managed to create multiple scenes -- ranging from a store to the Inishmaan shores -- with a simple, foldable backdrop. 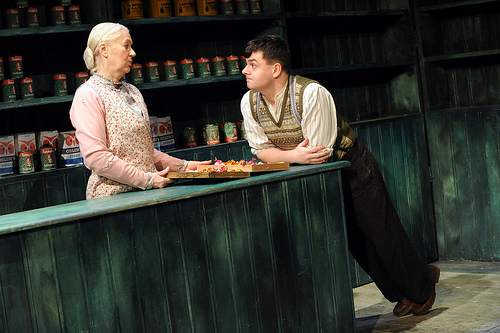 Let it be known that The Cripple of Inishmaan is not for everyone. Some may be lost by the thick Irish dialect, while others may not be able to handle some of the insensitive remarks made towards Billy, but in the end you will be treated with one hell of a theatrical experience. Just be warned: if a moment in the play seems light, it's bound to get darker with just a flip of the switch.

"The Cripple of Inishmaan" plays through today at the Paramount Theater in Boston, MA. To check out upcoming tour dates for the play and how you can order tickets please visit the official Druid Theatre Company's webpage.

Dead Space 2: A Symphony of Dismem...