Episode 235: It's Like Being Boy Wonder at a Carnival 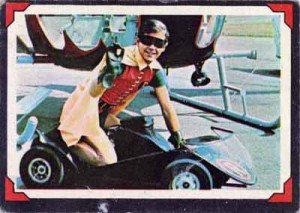 Hey, we almost forgot it was Monday, but this new episode of the ESH Podcast wouldn't let us forget it.

This week, the ladies are joined by a regular podcast friend, Xenocore from Ultimate Quest to talk nerdy to you.
Xeno kicks off the show to share his thoughts on DC Universe on the PC while Panda brings the past into the present with a nod to the future as she talks about her first run through Bioware's original Mass Effect game in preparation for Mass Effect 3 on the Xbox 360. Then Ninja closes out the show with her reaction to Activision's new about future development, and the direction the industry is heading in general.

Tangents? A couple. Laughs? Plenty of them. So grab a frosty beverage and enjoy ESH Podcast Episode 235: It's Like Being Boy Wonder at a Carnival.