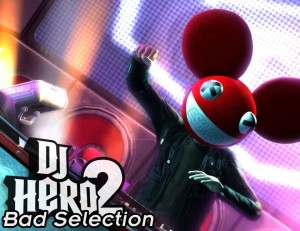 It would be easy to be snarky right now when talking about Activision; their IP battle with former Infinity Ward and now Respawn Studios heads West and Zampella, disappointing sales in the "Hero" franchise across the board and a general concern from the gaming community about the future of it's flagship franchise – Call of Duty – leave the publisher open for any and all kinds of sarcastic comment, dig and/or other negative remark. Sure, I could join in that "fun" as well, but I don't like kicking dogs when they are down and make no mistake: Activision is hurting.

Activision announced that it will no longer develop "Hero" games (Guitar, DJ, and Band Hero for those not in the know) citing "continued declines in the music genre" as the major contributing factor in the decision. The statement does not come as a surprise to many rhythm-based game players. If I am honest, I have not purchased a Guitar Hero game since GH:3 and did not even download the free demo of the Guitar Hero: Warriors of Rock edition that was released in October 2010, which is huge as rhythm games are my thing. I fell out of love with the GH series after the third title and moved on to the Harmonix Rock Band bandwagon where I have been well satiated in terms of song and gameplay diversity.

I can't say that I will miss the GH franchise. While I was one of the first that pre-ordered both the first and second installments in the franchise - inviting friends and family to "take on the champ" whenever they would drop by - by the time the third game rolled out I noticed very few things had changed from previous version to the next. I don't expect a sequel to knock my socks off with every outing, but I do expect some small fraction of innovation or attempt at deepening my gaming experience that will not only grab, but hold my attention for more than 5 minutes - something that didn't happen for me with subsequent GH outings. What I can say is that I will miss DJ Hero.

What It Meant to Me 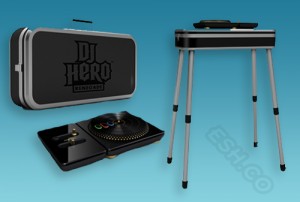 The DJ Hero franchise has been near and dear to me since the first game dropped in October of 2009. I spent many a night, enjoying and exploring the more dance-electro-trance-synth-pop side of myself through the discovery of artists - old and new - through the games' mashup playlist. Coming from my strumming and drumming peripheral playing background, the learning curve on adapting to the game's turntable peripheral did not slow me down in any way. I opted for the renegade edition of the game which featured a custom carrying case that doubled as an adjustable stand for the black and "gold" trimmed turntable peripheral - a break from the standard plastic "silver" version - and also contained a CD with a choice selection of tracks from rappers Jay-Z and Eminem. To date, I have yet to open the Jigga man and Em CD (I have all the songs in my iTunes library already) but love toting my gear around when I travel with the game.

I pre-ordered (and remembered to pick up) the second DJ game, Dj Hero 2 which I thought was a remarkable enhancement to the previous title release, and still pick it up every other weekend or so to kick off my Friday night. With mashups of songs like "Don't Cha" by the Pussycat Dolls and "Calle Ocho" by Pitbull to Donna Summers infectious "Bad Girls" deftly matched to the rollerskating jam of the year of 1984, "Jam On It" by Newcleus, Dj Hero 2 seemed poised to add a lively and interesting jab in an otherwise stale gaming genre. I would be lying if I didn't say that my inner club kid did the glowstick swirl of joy to finally have a music sim game with songs from the artist DeadMau5.

The End of an Era?

Some would say that the writing is on the wall for rhythm based games. While Harmonix's Rock Band may have won the battle for music simulation game supremacy, the company may have lost the war. In late 2010 Harmonix's parent company, Viacom, came to a similar decision about the potential profitability of music simulation games as Activison, and sold the Boston area game developer off - to itself basically - leaving many to wonder about the future of Harmonix's Rock Band and Dance Central titles and incite rumors of the demise of the developer and their genre-defining titles. I personally disagree.

Both Guitar Hero and Rock Band proved that in the age of digital bootlegging, consumers were willing to part with some of their hard-earned dollars and pay for premium content. Regularly released downloadable content playable tracks [DLC] quickly became an expected given for both franchises to provide their installed base with, further driving brand commitment and loyalty. What neither franchise could do was stimulate the economy, and with gamers being more and more selective about how they spend their gaming dollars, premium game sets and weekly content expenditures had to fall by the wayside. This is a temporary situation, and one I feel is turning around albeit rather slowly. As our economy continues to recover, gamers are going to start plunking down those dollars and cents again with focused abandon. We are going to want to party again, and while blowing up stuff is nice to do with a few buddies (yes, I'm looking at you Gears of War 3) it's always good to have a pick up and play social game which is where I feel games like Guitar Hero and Rock Band come in.

Just like Jay-Z declaration of the demise of "auto-tune" on his last album, "The Blueprint 3" was premature as the annoying-yet-insanely-catchy sing-songy effect is even more prevalent today in pop and hip-hop music and the web as I write this article, I see Activision's decision to leave the genre as yet another premature evacuation.

Have no doubt: the video game industry will have a revival of interest in music-based-gaming.
I look for mobile gaming to light the way for the return to the genre and possibly innovations in the gameplay arena. The question that remains is how much will Activision and other previous music/rhythm-based game development houses have to play catch-up?