HomeTechNintendo Brings It to the Next Dimension
by: Hamsterman2049
0
Tech / Video Games

Nintendo Brings It to the Next Dimension

It is finally here.  Right here in my hands.  I have been drooling for the Nintendo 3DS ever since they let me get my hands on it for what seemed like an incredibly short amount of time last June.  Saturday night, I eagerly waited in line for the new system, see my Twitter account for details, and immediately went home to tear into it.  Everything from built-in games to battery life will be covered, so click below to see the skinny on Nintendo’s next console. 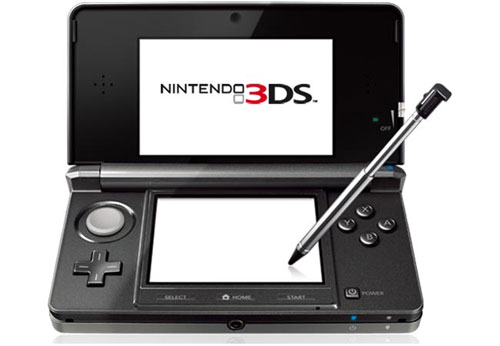 Standing in line late saturday evening, it occurred to me that I had not been to a fully-fledged system launch since 2006 for the Wii.  There’s nothing quite like the atmosphere of a launch to really get you excited to rip into it when you get home.  Nintendo actually managed to pack in an amazing amount of content into the system built right in.  Some of it has actually become some of my favorite parts of the handheld.

The first thing I went directly to was the built in 3D camera.  With it, you can take pictures and then look at them in 3D.  The pictures aren’t of the highest quality ever, but the effect definitely looks cool.  You can also draw on the picture with 3D lines and change the texture of various parts of the picture making them either go farther away or toward you.  It’s tons of fun to play around with this feature, but it doesn’t even scratch the surface of what comes on the device.

I want to talk to you about Face Raiders.  In this pre-loaded game, you take a quick shot of your, or someone else’s, face and line up a little marker indicating where the eyes and mouth are on the face.  Once this is done, it launches into an augmented reality game using the camera and the face you’ve captured.  The face gets put in a helmet with a propeller on it and flies toward you.  Your job is to shoot objects similar to tennis balls at the faces.  If you miss one, there’s a chance it will shatter the world around you and send shards of the broken world toward you.  At the end of all this is a boss face that takes special tactics to take out.  It is addictive enough that it is one of the things I’ve played most, even with buying Pilotwings Resort and Steel Diver.

I wish I could tell you very much about the streetpass feature, but I have yet to come across anyone else that owns a 3DS.  Hopefully this will change in the near future as there are some fun games associated with this as well.  There is a puzzle feature that gives you a piece each time you pass by someone, but the real treat is a game called Find Me.  The aforementioned game is an RPG where your Mii has been kidnapped and it’s your job to rescue him.  You can use either any people’s Mii characters that you pass with streetpass turned on, or you can hire characters for 2 play coins a pop.  You can earn one play coin for every 100 steps taken in a day with the cap at ten.  By defeating monsters in this game you can get new hats for your Mii to wear for when it gets transferred.

All these packed in games are all well and good, but how does the 3D look?  The short answer is that it looks great!  Sometimes you do have to adjust the slider a bit to find a good balance, but once you’ve found it there’s little need to change it until you switch games.  The graphics even seem to look better with the 3D on.  If you decide against it however, there is always the option of simply turning it off and it still looks fantastic.  The analog stick is a fantastic addition and it feels very natural.  It’s even compatible with any regular DS game that’s played on the system.  One major concern for the system has been battery life.  While it certainly doesn’t last as long as some of Nintendo’s previous portables, it works long enough.  I’ve had it with all day, every day since the launch either in use or on standby mode in my pocket.  It has lasted until late at night every day thus far.  I would say that five hours is just about accurate, but it does depend on what setting the 3D is on and what you’re playing.

The 3DS, though not yet as fully featured as it will be this summer, is no slouch of a handheld platform.  The games look fantastic, the system comes bundled with lots of fun extras and the hardware itself holds up extremely well.  If you’re still trying to decide whether or not it’s worth it, I would personally say that it is.  If you have the dough and you love a good 3D handheld system then you need to buy this handheld!  Keep your eyes and ears open for more as I will be talking about some Pilotwings Resort and Steel Divers action soon.