We’re only a few short weeks away from E3 and rumors abound.  Everything from hardware to software announcements are expected at the conference, but one of the most talked about topics is Nintendo’s latest console codenamed Project Café.  There are things about it that seem too good to be true and others that are hopefully not true.  Which are the ones that seem more likely to be factual and which are bogus?  Let’s talk about that today. 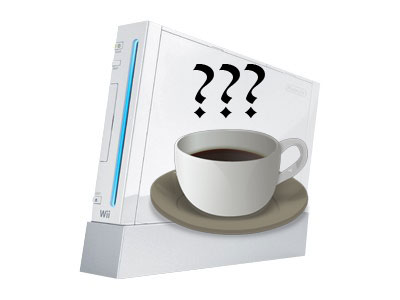 The first time I plugged in my Wii to an HD TV, I couldn’t help but notice how awesome it looked even though it was clearly plugged in with a standard s-video cable.  The main reason for this is Nintendo knows how to stylize their games.  The Mario Galaxy games are a prime example of how fantastic they can make an SD game look when given the right art style.  This brings me to the first group of rumors surrounding the new console.  It has been confirmed to be running HD, but the rumor is that it could go as high as operating natively in 1080p.  Not only that, but there are whispers that the system is more powerful than the PS3 or Xbox 360.  Pair that with the fact that I’ve seen some games made by Nintendo on the Wii that easily look better than some PS3 or 360 games out there right now and we’ve got the rumor I’m rooting for the most.  Imagining a new Mario, Zelda or even a Star Fox game in 1080p is almost more than I can sit here handling.

This next rumor, in contrast, is one I am not rooting for.  There have been a lot of names floating around as the proposed name for the successor to the Wii.  I apologize if I’m incorrect, but the only one that Nintendo has outright denied is Wii 2.  Remembering back to the announcement of the name of the current console, I can still feel my stomach sinking.  At this point, most everyone has gotten used to the name, but at the time it was quite a shock to hear that Nintendo named its new console the Wii.  Still a bit shellshocked I suppose, when I heard the name Striim, I instantly remember feeling the way I did at the last announcement, if not a little worse.  Not only do the jokes continue for this name, but you can even use it in conjunction with the last systems name.  What makes it worse, is that if the other rumors are to be believed, the name actually makes sense.  I will certainly live if this title comes to be and I trust that Nintendo makes their decisions for a reason, but I would really not like hearing my Striim is backwards compatible with my Wii jokes.  You know what, I take that back, I kind of enjoyed that.

Something that Nintendo has been trying to do, somewhat unsuccessfully, for quite a while is the prospect of integrating their handhelds with the home consoles.  Sometimes, the result was quite enjoyable.  If you’ve ever played The Legend of Zelda: Four Sword Adventures you know precisely what I mean.  There are some fun and interesting things you can do with one more screen.  That’s where the last rumor comes in.  Around the interwebs, people are saying Nintendo’s newest console will have a built-in screen right smack-dab on the controller.  The function of said screen is mostly being attributed to being able to stream the picture from the TV right onto the controller, so if you need to take a potty break, and scare your friends away from using that controller, you can take it with you and continue play.  I think there could be some excellent use of a controller-based screen to add extra features to games as well.  I suppose you could think of it as a console-based DS.  One is the controller and the other your TV.  This is definitely an exciting prospect and one that I hope is true.

While there are plenty of things being said about Project Café, I am honestly content with being surprised as to the details.  It is clearly going to be amazing, since Nintendo will be streaming their press event to their website.  Keep your eyes and ears open for more and you can find all the official details here during E3 on June 7th.  Don’t miss it!

The Oddest Homage to Spider-Man Ye...