Are You Committed?: Catherine 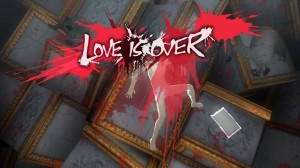 And I thought real life relationships were hard.

Atlus has given us a new view point to puzzle solving games, by layering it with the most complex puzzle to date - the human heart.

We all desire stability. Many of us feel that stability takes root in a healthy and romantic relationship, but each relationship – whether romantic or not – will reach a crossroad one way or another. From the trailers I've seen, this is where our protagonist, Vincent is in his life.

The neighborhood that Vincent lives in is experiencing multiple unexplained deaths. All the victims have been dying in their sleep. The rumor mill churns and cranks out theories of these young men dying in their sleep, all of which are having dreams about falling when they die. In addition to that, Vincent has deep "matters of the heart" to sort through.

He has had a steady girlfriend of five years named Katherine, and she is pressuring Vincent to marry her. He knows he loves her, he just isn't sure if marriage is his next step, or if it is the right next step. 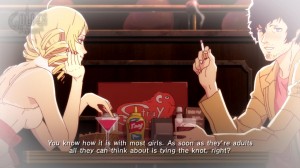 While at the "Stray Sheep Bar", he encounters a mysterious and alluring woman by the name of Catherine and – in a lapse moment of male judgment - he shacks up with her. Soon after this trist, Vincent begins having nightmares every night where he's frantically climbing up this crumbling staircase. Not only does Vincent have to solve the puzzle of this recurring nightmare, but he also has to make a decision between the two women - does he stay with his current Katherine and marry her - or does he abandon his five year relationship for the new Catherine?

Catherine isn't your normal platformer. Everything that goes on in this game can and will influence the difficulty of the puzzles and Vincent's physical state while in them. It also looks like Vincent's morality will also hold some power in the gameplay as well. 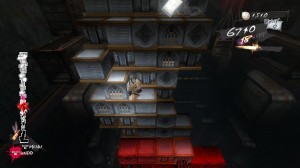 The mechanics are simple enough while moving through the nightmare. Navigate Vincent up the puzzle by pulling and pushing blocks to propel him upwards. There are perks and obstacles along the way that will help or hinder Vincent's ascent: pillows that will give him the chance to retry if he fails, and money that allows him to purchase items.Thought this sounds simple, there are additional obstacles that Vincent will face in his nightmares. There are other men who are trapped in this nightmare – dressed as sheep – who will often get in the way of Vincent ascent. The trick to solving these puzzles and completing this game will be a sharp mind, steady hand and plenty of patience.

All Atlus enthusiasts – like myself – know that rushing through any Atlus title without some sort of a strategy will only lead to disaster, but the newly initiated need not worry: Atlus has set up several different difficulties which makes the game accessible to all who attempt to play it. The game also allows the player the option to challenge themselves later on by kicking up the difficulty a notch.

I am more than certain many casual and hardcore gamers are anxiously waiting to get frustrated over Catherine, and I personally fall into this category, and like me, those same people are equally stoked about completing Catherine when it drops here in the US in July.