Have You Played Amnesia: The Dark Descent?

It seems that nowadays the survival-horror genre is a thing of the past.  Where atmosphere and storytelling were once paramount in the design of games deemed scary, action seems to be main thing on people’s mind.  This is surely not a bad thing as it brings about games like Dead Space and Resident Evil 5, both fantastic games in their own right.  The main issue with these games is you are decked out like a marine, so the scariness gets a bit watered down by the giant guns you get to shove in your back pocket.  Just when I had all but given up on finding a truly scary game, I stumbled across Amnesia: The Dark Descent. 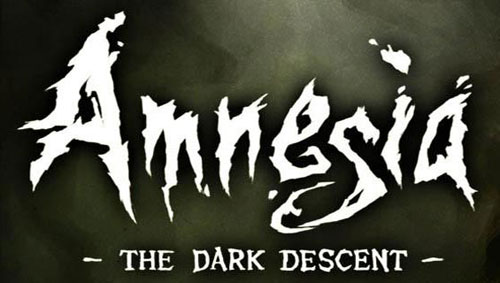 This game, available on Steam, has all of the features of a terrifying game.  At the start, it immediately tells you that there are enemies, but you should not try to attack them.  They actually advise you to run away.  After getting into the gameplay, I can see why they would give you this advice, there is simply no effective way to attack anything.  Armed with nothing but matches and a lantern, it would not seem prudent to try.  That being said, they’re not making it unfair either.  The enemies, while they do exist, are not littered throughout the world in such a way that makes it unable to be explored.

Another thing that has to exist in a scary game is atmosphere.  The environment in Amnesia oozes fear from every corner.  One theme that is not explored often enough is insanity.  The game that had done it best was Eternal Darkness: Sanity’s Requiem by introducing a sanity bar.  This HUD element decreases each time you encounter one of the supernatural forces in the game and as it decreases so does your ability to perceive reality.  Amnesia: The Dark Descent uses a very similar mechanic by lowering your sanity each time you either witness a strange event or spend some time in darkness.  If you spend enough time in the dark, you can even see the walls of the building you find yourself in, seem to breathe. 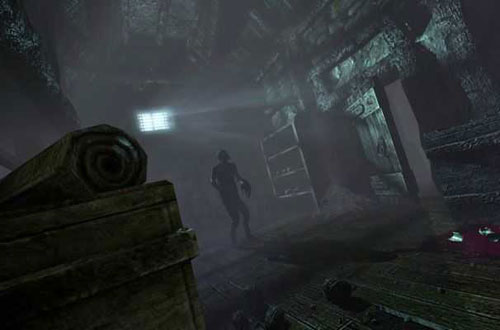 Playing the game at about one in the morning the other day, my first mistake, I was walking through a dark hall in an attempt to save oil from my lantern.  Suddenly, from somewhere behind me, I heard a low growling sound.  Turn around to see nothing is there.  Assuming that it was just a sound built into the environment to freak me out, I decided to keep going through the dark halls.  A short time later, I hear another growl which is this time significantly louder.  This time, upon turning around, I see what looks like some sort of zombie lumbering towards me.  Naturally, I jump and squeal a little bit making my mouse move out of view of the beast.  Moving my mouse back to see which direction I need to run, I find that it is gone and there is nothing around me.

After that portion of the game, I decided I should maybe play this game while there is daylight outside.  Amnesia: The Dark Descent is a fantastic game which is undeniable scary.  I highly recommend it to anyone out there who is looking for a game that may scare the pants off of you.