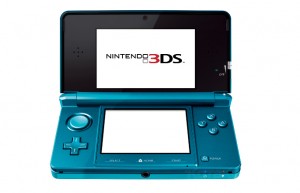 Should have seen this one coming....

So Nintendo announced today that the 3DS will experience a price drop. Initially the portable gaming device was priced at 250.00 dollars. Now it has been reduced to 169.99. People who were hesitant about picking one up when they first hit store shelves March 27th will now get the opportunity to get one at about 80.00 dollars less. The price shift will occur on August 12 this year.

So newcomers to the portable gaming console will rejoice in that save, while consumers who got one on day one are internally and externally raging about it. Nintendo has already has set in motion their damage control. Nintendo is sorry for the additional money people spent so for those few who got their 3DS at launch and the months proceeding, will be get free downloadable games for the classic Nintendo Entertainment System and Game Boy Advance from the eShop come September 1st.

Some of these downloads will become available to the rest of the 3DSverse at a later date.

There isn't a lot of speculation as to why the price drop has happened. It directly correlates to the slow reception of the new portable by the consumer base. It is selling slower than they expected- and they need to save face and fast.