LSB's Otaku Hearts is so Kawaii 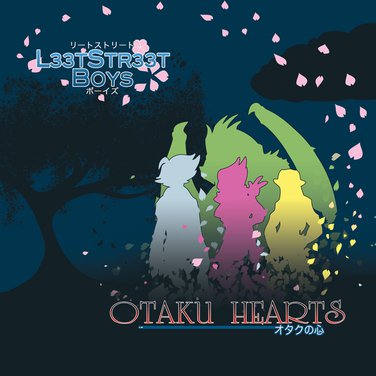 It's been quite some time since LSB has crossed my mind. I was obsessed with their first album, singing and screaming the lyrics to "LeetStreet Fighter" and "Masquerade". I also would internally sing the lyrics to "Yuri the Only One"- daydreaming about finding my only one. These are common traits in any anime fan girl. (Got a problem with that?)

Apparently, I've been living under a rock for the last six or so months. Awareness has set in that LSB has released their second album "Otaku Hearts". The latest music video got it's debut at Otakon this year, while the rest of the LSB fanbase eagerly awaited it's internet release.

If you are a fan of this band and haven't had your taste for them satisfied- take a view of the spiritual successor to "Yuri the Only One" entitled "She's So Kawaii" here.

Need to know what is going on with LSB? You can get all your LSB related news on their website http://www.leetstreetboys.com/ Check out when their next appearance will be, watch some of their other music videos, read their hilarious webcomics. I wasn't disappointed, and hopefully neither will you.