While eagerly awaiting Star Fox 64 3D on my 3DS, having thoroughly beaten Ocarina of Time 3D, I’ve gotten the chance to dig a bit more into the virtual console on the system.  Believe it or not, the very first gaming console, portable or otherwise, that I ever owned was Nintendo’s own Game Boy.  The classics are slipping in and the opportunity to play these beloved portable games is one I would advise you not to miss. 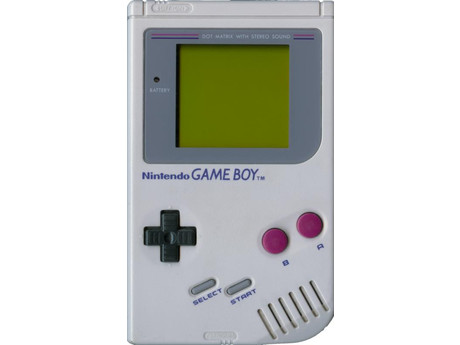 The first game I nabbed, the very second I could, is one of the best to grace the system.  In fact, it was so good that it was released on it again when the system gained the ability to play in color.  If you haven’t guessed already, I’m referring to The Legend of Zelda: Link’s Awakening.  Easily the quirkiest game in the franchise, it makes a habit of breaking the fourth wall.  There are constant references to the Super Mario franchise, including sequences where it switches to a side view and gives you the opportunity to jump on goombas. 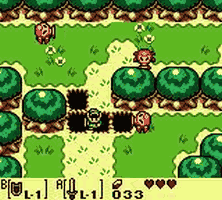 Wackiness aside, this is a full-fledged Zelda game in every aspect.  It follows the same formula made famous by the first game and perfected by The Legend of Zelda: A Link to the Past.  As a direct sequel to the aforementioned third game in the series, you play as Link as he tries to escape from the mysterious Koholint Island after becoming strander there by a storm.  If you love Zelda games, then you will love this game and it will be worth every penny.

Next on my list is probably a little more predictable.  The original Super Mario Land is a great example of why the Game Boy was so great.  Remember the days when a game made absolutely no sense if you didn’t read the manual?  Not that Mario games are known for their deep narratives, but you’re definitely not in the Mushroom Kingdom anymore in this one. 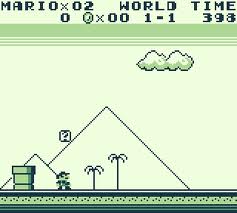 It still has all the things you’d want in a Mario title: super mushrooms, super flowers and starman are there still to help you along your journey.  The game introduced us to Princess Daisy, who after being rescued decided that playing sports, board games and kart racing is more her speed.  Mario seems smaller than normal when looking at him and the controls feel a whole lot more loose, but play it for a few minutes and the adjustment is an easy one.  You also get to play a couple of levels inside of submarine and an airplane.  Still Mario to its core, this game is a ton of fun and there is a very good reason that it sold over 18 million copies for the Game Boy.

One thing that was missing from a lot of games for the Game Boy was the ability to adequately save.  The 3DS solves this issue with the ability to create a restore point.  Essentially, any game that has the ability to save, such as Link’s Awakening, may still do so, but you can also create a save state that freezes the action of the game and allows you to pick it back up at that moment.  You can only have one of these at a time, but it is nice to have that option.

There are several other fantastic games that have launched on the virtual console, Kirby’s Dreamland and Mario’s Picross to name a few, and there are even more coming soon.  It’ll all be over for me as soon as they launch Tetris.  Is is just me, or does the sound effect when the blocks reach the top, on the Game Boy version, sound like a demented sheep?  You know it does.

Even Deepak Chopra Has a Video Gam...