One of my favorite video game genres growing up was survival horror.  Mostly playing games from the Resident Evil series, the thing I enjoyed most about them, aside from the scenes of explicit violence and gore, was how they made me feel while I played.  Almost like the video game equivalent of a roller coaster, there was plenty of screaming and even more adrenaline.  Fast forward from the mid-to-late 90s all the way up to 2008 and the survival horror genre was ebbing.  That all changed when the predecessor for one of my top picks for this year hit the scene that October.  That’s right, today we’re going to be talking about Dead Space. 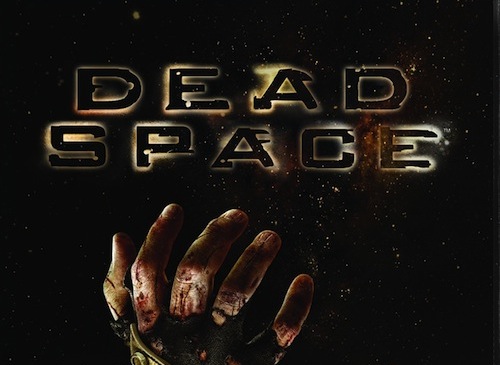 The first thing Dead Space did right was the marketing campaign.  Released in the months before the game released, the motion comic prequel painted a fantastic picture of the setting for the series while not giving enough away.  Pair that with the amazing set of trailers, one of which I keep handy on my PS3 in case I want to watch it, and I was itching to play the game by the time it came out.

The most important aspect of a horror game comes down to how you feel while you’re playing.  The depth and detail of the dark and bloody hallways of the Ishimura, the ship you’re trying to escape, paint a horrific picture of loneliness and desperation.  The loneliness part of it doesn’t last very long as the monstrous necromorphs begin their assault on you early and often.  In short, the stark contrast of the chaos going on inside the Ishimura and the calm of the outer space just outside is beautiful, if a bit gory and terrifying.

Even more important than graphics, when dealing with horror, is the sound design.  This is one of the places where Dead Space truly shines.  The game has an incredibly moody and well-implemented dynamic soundtrack to really get your blood pumping during the action scenes.  More important however, are the myriad of little sound effects that’ve cleverly placed through the game.  Walking down a completely quiet hallway, you’ll suddenly hear a metal pipe fall to the floor.  Occasionally, a light skittering sound can be heard in the air duct above you.  It’s hard not to appreciate how a game can be equally scary during a scene that is almost completely quiet and one where the speakers are blaring as you fight off monsters.

One thing that has always helped to immerse me in any game I’ve played are those audio logs that you find throughout the world.  Dead Space is largely about getting from Point A to Point B and solving a puzzle once you get to that secondary location.  The audio logs help to keep you immersed in the world as you go through and really helps to make your tasks feel less like you’re playing a game and more like you’re participating in the story.

An essential part of any survival horror game is a lack of available supplies.  It really adds to the tension of the environment when you have to strategically use your ammo in such a way that doesn’t leave you staring down the maw of a giant monster with nothing but your high-pitched screams to combat it.  While on the easy mode, ammo is plentiful and easy to come by, as you go up through the ranks of difficulty, not only does the ammo become more scarce, the enemies get harder to kill.

In Dead Space 2, it takes all of the things that were great about the original and super sizes them.  The new necromorph types, both the large and small, offer new ways of dealing with being attacked.  The Sprawl, a giant facility located on one of Saturn’s moons which is the setting for the sequel, is even bigger and has a lot more variety than the Ishimura.  One of my favorite things about Dead Space 2, is that it takes you straight into lion’s den for a lot of the conspiracy that the first game only talked about.  A new multiplayer mode, where players are divided into humans versus necromorphs, was also included, adding even more replay value.  If you’re looking for a game that will thrill you, and possibly scare you, look no further.  I’ll see you next time for another Pre-Game of the Year choice.  If in the meantime you want to convince EA to announce Dead Space 3, I would be very thankful.