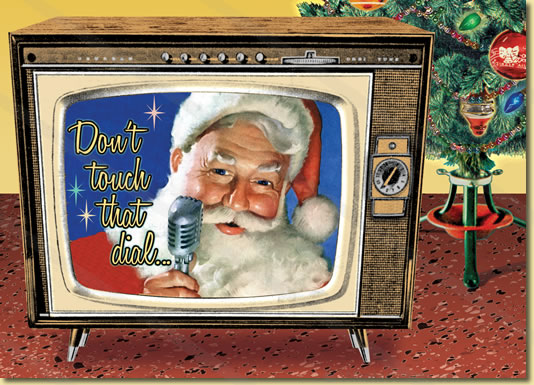 A few months ago my house was hit with a massive basement flood, and we lost all of our cassette tapes that contained many holiday classics that have not been shown on television for years. Some we've been able to find on DVD, others not so much. Considering that every year we are bombarded with the same Christmas specials that everyone has seen before, it's a shame that some other fantastic ones are swept under the rug. While we are always happy to see the faces of Rudolph and Charlie Brown appear on the TV there are always quite a few that are only aired once or twice, and then swept under the rug for no apparent reason. Here now are five that deserve to be seen once more by the people.

It's A Very Merry Eek's-mas

This first one might just be a personal one I'd like to see again. Back in the early 90's Fox Kids had some of the best cartoons known to man, from Howie Mandel's Bobby's World to Jim Henson's Dog City. No other cartoon made me laugh more, though, than Eek! The Cat, a show that followed a purple fuzzy cat named Eek, his big pink love Annabelle, and her crazed shark dog Sharky. It was violent, silly, and all-out enjoyable from start to finish. For this special the creators rounded up the greatest actor of our time to play jolly-old Saint Nick: WILLIAM SHATNER!!! In it the reindeer go on strike and Santa breaks his leg, and it's up to Elmo the Brown-Nosed Reindeer to help show that people still care about Christmas. Meanwhile Eek decides to help Sharky find his family, and the only person that might be able to help is Santa. Elmo and Eek's paths cross, and the two decide to help each other out with their problems. Filled with rocket-powered sleds, tons of physical comedy, and a silly plotline that has a tiny message about the true spirit of Christmas It's A Very Merry Eek's-Mas is a special that will truly entertain people of all ages.

The Twelve Days Of Christmas

Only airing once on NBC in 1993, this animated special did a funny adaptation to the classic Christmas song. The brave and pompous Sir Carolboomer is in love with Princess Silverbell. To win her heart, he has his squire Hollyberry (voiced by the late great Phil Hartman) steal the list of gifts Silverbell wishes for Christmas. What he winds up swiping, however, is the king's answers to his crossword puzzle, which features all the classic items and people in the Christmas song. Carolboomer forces Hollyberry to get every one of these gifts, despite the fact that they more tick off the princess than make her smile. It also doesn't help that the Princess is allergic to birds, which make up a good chunk of the list. Another silly special, but it's the type that truly warms your heart while you watch it. 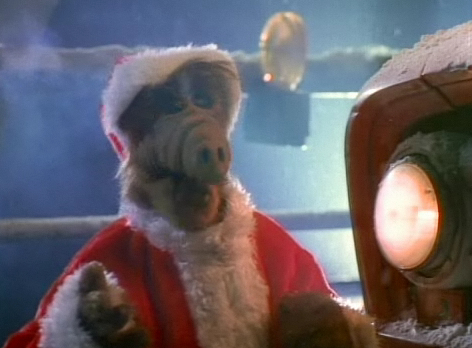 That's right: our favorite cat-eating alien from the planet Melmac had one of the most amazing Christmas specials ever! The Tanner family rent a the cabin of their friend Mr. Fowley (played by Sheriff Bart himself Cleavon Little), and after basically ruining Christmas for his friends ALF wanders off to do some exploring. He winds up accidentally in Mr. Fowley's truck, and is brought to the hospital to be given out as a toy for one of the kids there. He is taken by Tiffany, a young girl who may not celebrate another Christmas. (Cue the water works.) Mr. Fowley also may not celebrate another holiday, as he is still grief-stricken by the death of his wife. For a sitcom that followed a big-nosed alien, this Christmas special had a lot of heart and soul, but it fortunately had many big laughs to even itself out. (The elevator scene still splits my sides to this very day.) You can watch the special on YouTube here (couldn't embed it), and you'll understand why it has such a special place in people's hearts.

Before Tim Burton came around with The Nightmare Before Christmas, it was Nutcracker Fantasy that brought viewers the stop-motion holiday creeps. Produced by Sanrio (aka the Hello Kitty company), this animated film followed Clara as she and her Nutcracker must battle it out against the two-headed rat queen Morphia (played by Eva Gabor). The film was better known for one of its other antagonists: The Ragman, who would transform any child into a mouse if he caught them staying past their bedtime. To say The Ragman was solely responsible for many of my friends' childhood nightmares is a heavy understatement; he basically showed us what true fear was! Featuring impressive visuals, memorable songs, and great supporting cast that comprised of Christopher Lee, Roddy McDowall, and Dick Van Patten Nutcracker Fantasy is a wonderful haunting twist on Tchaikovsky's classic ballet.

Julie Andrews: The Sound of Christmas

You weren't expecting me to mention this one, were ya? Airing in 1987 (and only once more in 1989) Julie Andrews travelled back to Austria where she filmed The Sound of Music to bring viewers one of the greatest Christmas specials ever brought to television. With the help of John Denver, Placido Domingo, and The King's Singers Ms. Andrews showcases the wonders and magic of Austria during the holiday season. With dazzlingly shot sequences from around the countrysides that lead up to a beautiful cathedral concert The Sound of Christmas was one of the last great Christmas variety specials brought to the viewers' eyes. Cross your fingers that one day this gem appears on DVD in the near-future.

Were there any Christmas specials from your childhood I missed? If so, be sure to share it below in the comments section.