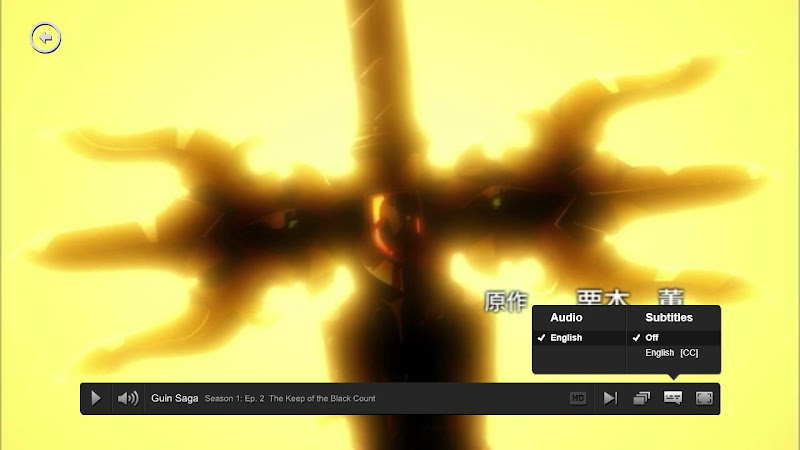 Netflix has done a very welcome update to their Instant Streaming interface. It's reminiscent of the interface for Adobe PDF files. In the menu items, the option for subtitles/audio is included, and I wonder if future anime titles offered on Netflix will include multiple audio options.

I am optimistic after seeing this visual upgrade, because it could very well mean that Netflix is improving upon other aspects of their streaming service.