HomePodcastESH Podcast Episode # 298: Prequels Are Fine As Long As There Is No Jar-Jar Binks
by: NinJaSistah & Pandalicious
0
Podcast

ESH Podcast Episode # 298: Prequels Are Fine As Long As There Is No Jar-Jar Binks 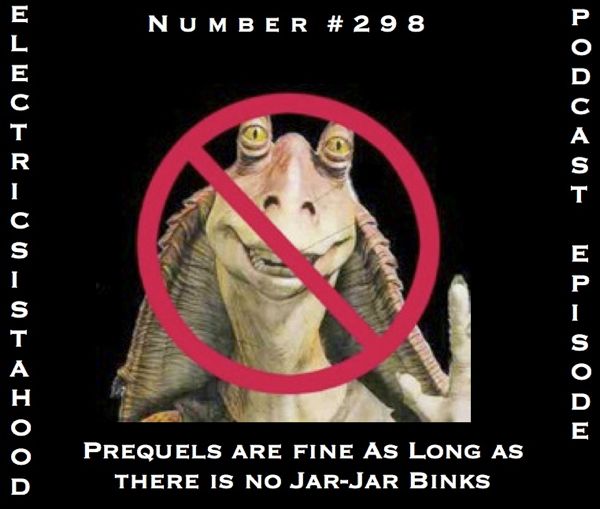 We shouldn't have to repeat ourselves...

From the title of this weeks episode you'd never guess it is Pandalicious's birthday week. Listening to the show however everyone will be able to tell that it is on her mind. Subliminal messaging does work-- just not when Pandalicious does it. The Sistahs talk about movie prequels. No doubt it's because the final piece of the Batman prequels, The Dark Knight Rises will be hitting the silver screen this month. The Amazing Spiderman is on deck to release before TDKR in hope to steal the show. Will it? Who Knows...THE SHADOW KNOWS (Yep I made that reference--deal with it!)

On the Game side of the world Panda talks about the Mass Effect 3 DLC that released last week and her lack luster drive to actually download the thing. She also brings up an experience she had with a real time tech demo she saw of Angi's Philosopher from her favorite publishers/developers Square Enix. She has theories as to what this "concept" could turn into. Is she right? Who Knows?...THE SHADOW KNOWS (Alright I'll stop now)
Ninja bring up why movies like Madagascar 3 appeal to both sides of the "movieverse" with help from Pandalicious. Spec Ops: The Line makes an appearance from her mouth as well as some interest soundtrack news relating to the prequel Devil May Cry.

There is so much news and not enough time in an hour to tell you all, but the sistahs try their hardest. Well Ninja does anyway, Panda just rides the tangent train.

So Here are the all the titles that didn't even make it to the prequel films:

Coming Soon To a Panda Near You

This Is Not the Pandalicious Birthday Hour

A Journey Through the Final Fantasy Numbering Scheme

And now with no loading screens here is ESH Podcast Episode # 298: Prequels Are Fine As Long As There Is No Jar-Jar Binks