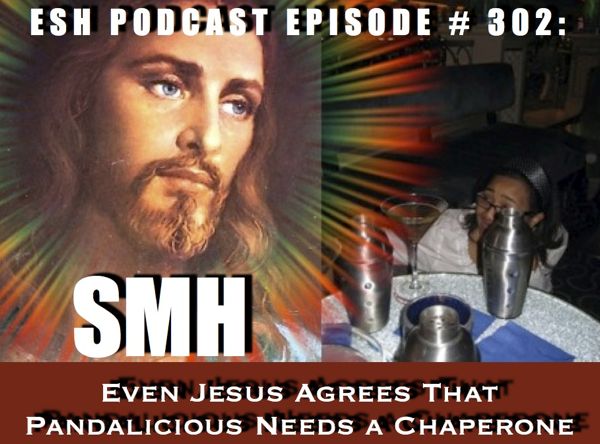 Sometimes even the divine need some help wrangling pandalicious.

Episode 302 starts of with Ninja taking the microphone before Panda could scratch her nose. Panda doesn't mind that too much though. Ninjasistah talks about her dismay about not being able to make it out to conventions that aren't in their backyard. It is about that time again isn't it? Anyway, Comic-con and Quake-con are over and done with but now Ninja is agonizing over the PAX Prime of it all. Panda could kind of care less--one less plane ride for her to endure. Both the sistahs gripe over the PSVita and how unamused they are with it...not that either of them own one.

Ninja also sprinkles around the good news about The Last Guardian game, while also sharing her current anime experience in Kokoro Connect. Pandalicious finally steps in with her news about a new BBC show called Jekyll. She didn't find this on her own long time friend fan Casually Kayla pointed it out. (CHECK OUT HER WEBCOMIC!)

Looking at the titles that didn't make the cut--I'm more than certain that you can tell where the tangents went this week:

The Next Party Is On the Trip to the Airport

I Say a Lot of Things That Don't Happen

Isn't Everything Narrated By Morgan Freeman?

Hey! What's Goin' On In Those Pants, David Bowie?

Everything you'd want in a podcast is right here for your ears so stop delaying and get your dose of the sistahs. Here is ESH Podcast Episode 302:Even Jesus Agrees That Pandalicious Needs a Chaperone

The Last of Us at Gamescom (Traile...