ESH Cast Episode 363: All New Consoles Have Issues...Don't Turn them Into Volumes

Nothing beats that new console smell, except, actually using that spiffy new console to enact some serious pwnage. This week, the ladies of ESH talk about NinJaSistah's Xbox One system, Ryse: Son of Rome and much more!

New console launches – like new game launches with massive online components – hardly ever "go off without a hitch", but somehow the community still reacts with surprise and shock when connections time out, cloud saves take forever, or "something goes terribly wrong." 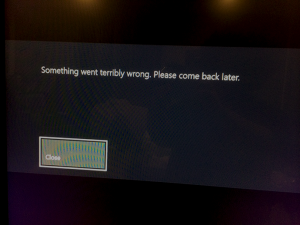 Join the sistahs as they talk about issues, hang-ups, noted bugs and other items raised by the community over the PS4 and Xbox One first-day hands-on experience. NinJa talks about her setup, reasons for keeping her Xbox 360 connected, digital download experiences, and what she got out of playing, Ryse: Son of Rome

So grab a cup of go juice, give thanks, and enjoy ESH Cast Episode #363: All New Consoles Have Issues...Don't Turn them Into Volumes