The western frontier is a cruel, unforgiving landscape. While the beer and oil may flow like the mighty Mississippi, the blood spilt upon the sand pours faster. Westerado: Double Barreled makes this clear within the first couple minutes, as you come across your entire family slaughtered.

At PAX East Adult Swim Games showed off the first few missions of Westerado, as your character traverses the desert sands to seek who killed your loved ones. As you go through each town and talk to the citizens you can collect clues and tidbits about the outlaw you are seeking. Some give the info for free, others wait until you complete a task for them (ranging from bringing a drunk husband home to rustling cattle to another town). Of course, sometimes pulling your gun out for info can help, too, but you'll need to be careful who you show your firearm to. 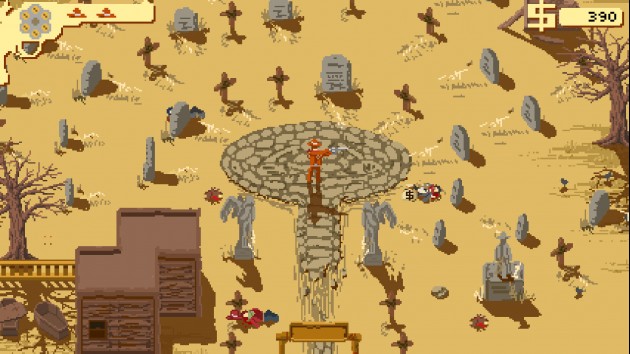 It's when you have some good ole shootouts when Westerado becomes one tricky game. As it is a side-scrolling game you'll need to aim as parallel to your enemy as possible. You are only given four hits (shown as ten-gallon hats) before they put you six feet under, so you'll need to be careful as you can when dealing with bandits and varmints. An exciting moment involved a surprisingly fast-paced gun fight as I helped a rancher bring his cattle to a nearby fort. Not only did you have to keep yourself alive, but it appeared that you also had to worry about the lives of the livestock.

So far Westerado: Double Barreled is looking to be an awesome throwback to classic Western video games. Many times when playing I was telling the person working the booth that I hadn't seen a cowboy game done this well since Billy The Kid Returns on DOS. With many missions to come and plenty of blood to spill, Ostrich Banditos' game is shaping up to be worthy of a Roy Rogers tip o' the hat. 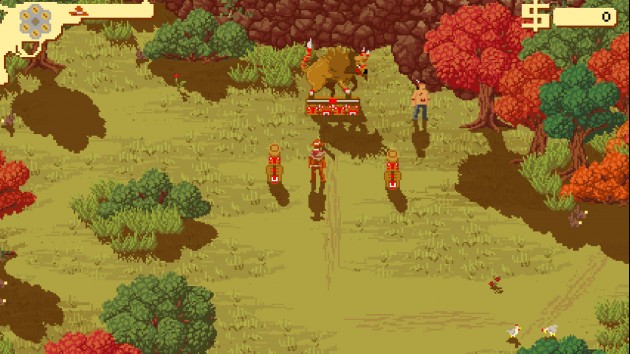 Westerado: Double Barreled is due to be released on PC and Mac later this Spring.