HomeVideo GamesREVIEW | 'The Consequence' Has Throwbacks and Glow-Sticks
Video Games

REVIEW | 'The Consequence' Has Throwbacks and Glow-Sticks

Several questions were left unanswered by Tango Gameworks in the main campaign for horror game The Evil Within. Many of them pertained to the secrets one of the supporting characters, Julie Kidman, and her dealings with a secret organization. The second half of Kidman's story, The Consequence, doesn't offer up all the answers you might be looking for, in fact it creates a couple more, but it does a good job of shaking up the gameplay and creating a tense horror experience. Beware, if you haven't played the main campaign from The Evil Within, there may be some spoilers ahead in this review.

One of the most important parts in creating a horror experience is creating a feeling of dread. What better way to do this than taking the power away from the player. As with the previous episode, The Assignment, Kidman spends much of the game without a weapon. To great effect, this made my palms sweat and raised my heart rate as I had to sneak by the various enemies. Even more satisfying is when, after a long period of running away from a particular invincible enemy, suddenly you're given a weapon and take that bastard down. This game does this in a particular sequence I won't spoil, but it reminded me very much of the true ending for Prince of Persia: Warrior Within. After spending the entire game running away from the Dahaka, you can earn a sword that allows you to stop running, turn around and give it the beatdown it truly deserves. Nothing is as satisfying and I always appreciate it whenever a game decides to include it.

There were a couple of throwbacks to the main game in The Consequence, but they ended up being hit or miss for me. On the one hand, there was a moment when you hear something happening in a dumbwaiter and you slam on a button. A trophy pops, letting you know that you just saved the life of the main character from the primary campaign. Problem is, it's been about six months since I played the game and I have no recollection of that sequence. I wish I did, but it didn't end up meaning as much as a result. On the other hand, there is a point towards the end where you have the opportunity to do exactly what the main character did originally to resolve the game. If you choose to do so, the game immediately cuts to credits and a shot of the protagonists, only to snap back to the game with a trophy called "Stick to the Script" popping up. Getting the inside joke this time, I chuckled to myself and appreciated the reference. 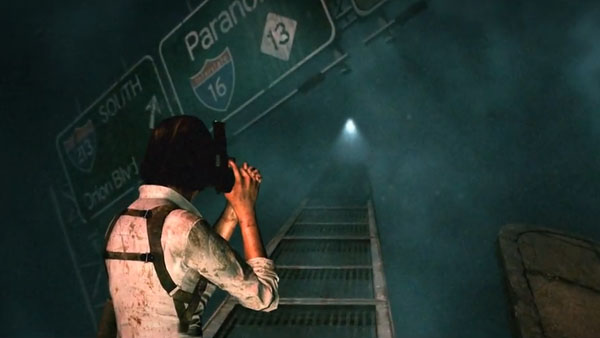 Perhaps more than the first DLC installment, this game did a good job of breaking up the gameplay in meaningful ways. Not only did it feel like they were constantly shifting the types of enemies you encounter, they also switch up between action and stealth more than last time. The game starts off by increasing the tension even more than normal by taking away your flashlight and requiring you to throw a glow-stick any time you'd like to see more than a foot in front of you. Eventually you do get another flashlight, and a couple of guns on and off, which kept the game feeling varied and fresh throughout.

The main thing The Assignment and The Consequence set out to do was shine some extra light on the Julie Kidman side of the story. While some expected, and a few unexpected, questions were answered, I still felt like there was plenty left unresolved. I'm not sure where they would go with a sequel here, though I wouldn't count that option out just yet. The disjointed nature of the story, which can sometimes be a bit confusing, has left the door wide open for another installment in the series and I, for one, would welcome it.

Anyone worried that The Assignment and The Consequence was just going to be more of the same from The Evil Within will be in for a pleasant surprise. The stealth sequences shake up the formula of the game and The Consequence does a great job of keeping it varied so you don't get bogged down by the instant-death sequences throughout. With one more, very intriguing, piece of DLC left for The Evil Within, I look forward to seeing where they take the series from here. Either way, I've very much enjoyed my time with the game thus far.