REVIEW | "Black Ice" Slips On Its Own Faults

On the surface Black Ice seems like a fresh new take on the first-person shooter realm. Enter a virtual world where you must hack into enemy headquarters, while at the same time thwart off any anti-hacking programs that wish to get into your way. A few minutes into the game, and you'll find yourself not wanting to stop playing. Sadly its lack of variety keeps its from being anything more than a footnote in the book of FPS experiences.

Each gameplay experience for every player is different in Black Ice, as the worlds are randomly-generated per character. The virtual world consists mainly of multi-colored buildings, void of life besides your own. To hack into a building you simply walk up close enough to your target, and press Q to commence the operation. However as this occurs the company's anti-hacking software will come to life, in the form of bug-like monsters that do everything they can to take you down. However leaving the area will pause your hacking progress, while the monsters will still continue on with attacking you. 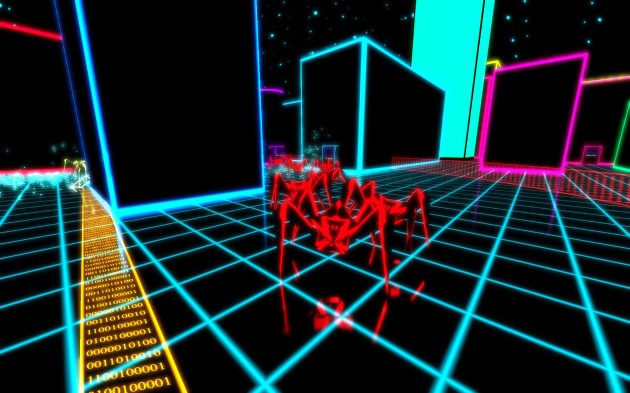 At first the concept of Black Ice was relatively exciting, as the battles are fast and fierce. However as you begin to power up and take on corporate headquarters with higher levels you'll soon discover that the digital bugs that come for you become a little too overwhelming. Many times I found myself spinning around as I tried to shoot every inch of the screen, only to find myself swarmed by these virtual creatures that kept laying on the hits until my character was dead. On the upside returning to the area as a new hacker doesn't take away any of your progress, but the building that defeated you will have leveled up significantly.

As you level up and earn more cash through battles you'll be able to gain more weapons, some of which will come handy when the swarms start coming furiously. One such powerful charge took out a few of the more peskier scorpion-like enemies, whose fearsome tail can shoot out powerful lasers that cause quite the damage to your virtual body. Leveling up will also give you more boost in speed, ammo, capacity, and quicker hacking capabilities. These will especially come in handy when it comes time to take on some of the tougher buildings that are in the vicinity. 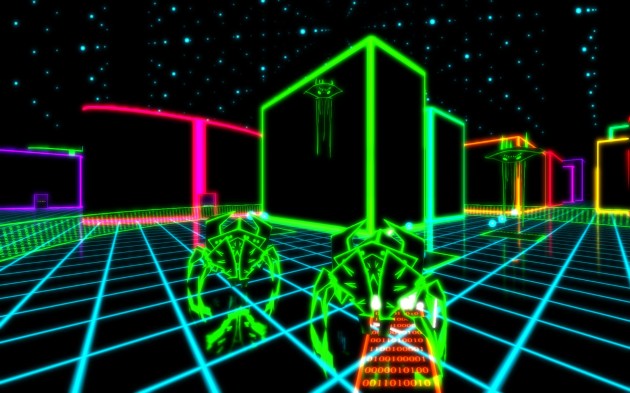 While the gameplay mechanics of Black Ice are fairly easy to figure out, the hack-and-shoot mentality gets old pretty fast. In no time at all you will soon realize that this game is merely a copy-and-paste job with the difficulty boosting upwards as you progress. A shame, as its style and attitude sets itself apart from many of the FPS clones out there. Alas, it just feels like a mini-game from a much bigger shooter that's been stretched out too long for its own good.

Players also have the chance to take down the cities in a ten-player online mode. Normally I would share these experiences here, but every time I logged on there was nobody to be found. Black Ice could be a much, much better experience with others than solo, but since all my times playing it have led to there being nary a soul to collaborate with I will just have to go by assumption rather than experience. 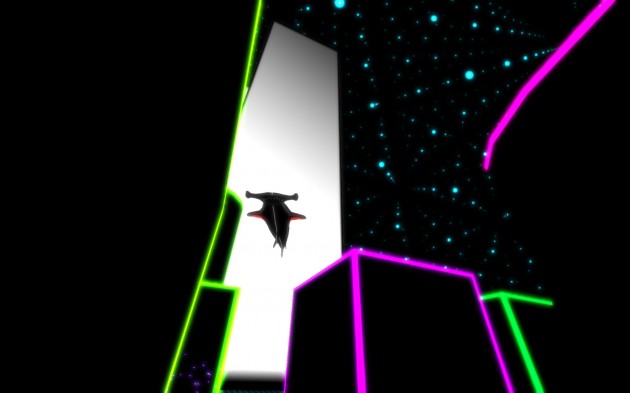 With Black Ice still in Early Access there is plenty of room for improvement. Perhaps if they added more varied enemies, a few boss battles here and there, and maybe even liven up the virtual world with more sights and sounds it would be a much better game. However as it stands Black Ice is roughly average at best.

While Black Ice has some great ideas, its presentation doesn't do a good job with fleshing them out to its fullest potential. Maybe with more time before its official launch it can be fixed up into a better experience, but as of now it stands as a forgettable shooter. You can try Black Ice for free via the official site to see what it's like, and make your own judgement. As for me, this is one hack-and-shooter that can certainly use more than a mere coat of paint to better itself; rather, it needs a sturdier foundation to stand against the rest of the shooter pack.