The idea of Etrian Mystery Dungeon is fairly simple: take the world of Etrian Odyssey, and then place its characters into the realm of the Mystery Dungeon series. One look at its adorable-looking characters and worlds, and you'd think it'd be an easy cakewalk to tackle missions. Make no mistake, though: this game is one rough journey that refuses to hold its player's hand.

Etrian Mystery Dungeon takes you to the world of Aslarga, a town that flourishes thanks to the dungeons that many adventurers traverse for treasures any other legendary goodies. The game has you build a team of would-be dungeon crawlers, ranging from your powerful royal Sovereigns and sword-wielding Landsknechts to your party-healing medics and mystical Dancers. With your crew you then take on various missions that will have you gathering treasure, defeating monsters, and protecting the town from powerful enemies. 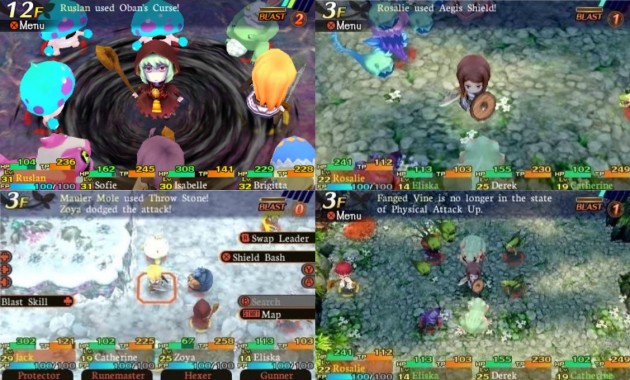 The trick to this game is its randomly-generated dungeons. Every time you go through a level the layout of the land changes, even if you quickly turn back and return to a previous area already scouted. Because of this there is no way to make a gameplan of sorts in order to tackle on the areas. Fortunately the way these worlds are presented are in no way frustrating, as it helps to keep the surprises coming every time you take on a quest. No, the frustration comes when you have to go into battle.

The fight system in Etrian Mystery Dungeon is set up so as every step you take equivalent to a strategic move you make. When enemies appear in your area you can move about towards them, power up, and then start attacking them with either brute strength or magic. As you take control of one of the many adventurers that accompany you on your quest there will be many occasions where you take a step, followed by a round of the waiting game as each party member does their own thing. (You can set it up so you can control each teammate in battle if waiting around isn't your style.) Once the monsters in the area are defeated you can regain HP by literally walking off your injuries. 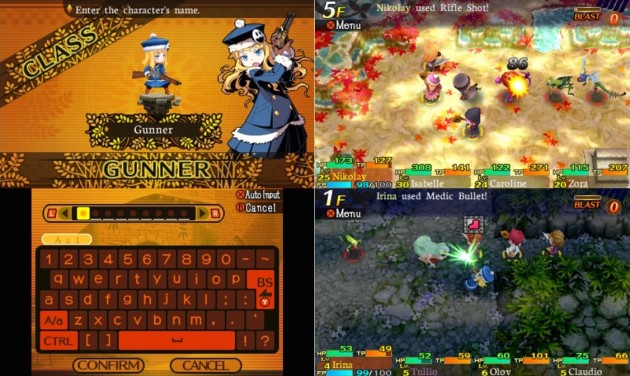 However a fallen hero does not spell good things for your party. If someone in the crew is defeated, the monster — in a bout of egotistical evil — becomes all the more powerful, making them nearly impossible to defeat. Early on in my journeys I bore witness to my crew being wiped out by one minor enemy because one of my members wasn't filled with enough HP. Once he was defeated the monster suddenly gained a massive boost of power, and the hits I was landing dwindled from the 30s down to the single digits; it, on the other hand, started smacking me with throws that were in the range of 200.

It's fortunate, then, that if you do fail a mission you return to Aslarga with everything you earned up to that point. What skill points you gain and gold you gather can then be used to buy new equipment and level up your characters, which — in return — can be used to redo the mission again with a hopefully better outcome. Just don't expect that the first failure you'll have will lead you to victory the next time, as powerful weaponry won't lead to a guaranteed win. 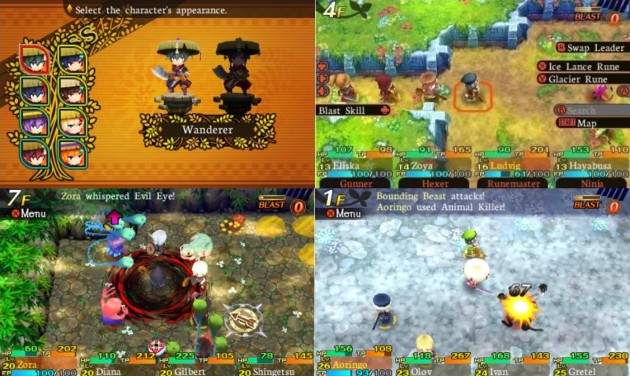 Etrian Mystery Dungeon is the kind of tough-as-nails RPG where completing a quest will take hours to beat, as you'll be forced into repeating the same task over and over again until you get it right. It's a realm of difficulty more appropriate for a From Software title rather than a cute-looking dungeon crawler, with every loss smacking you across the face. (If this was the film Whiplash, the player is then Miles Teller and the game is J.K. Simmons, albeit with much less four-letter words spouted your way.)

But is it fun? That's the question that ran through my mind the deeper I went. At first taking on a quest felt joyous, as I slain monsters and collected some goodies. However the more I failed and had to restart a journey the more it started feeling like a job. As a gamer it can feel daunting when a video game feels more like a job rather than, well, a game. It feels good to finally complete a quest, but in the same way it feels when you've bent over backwards in a 9-to-5 and finally see that week's paycheck in hand. So yes, the game can be fun, but not entirely satisfying. 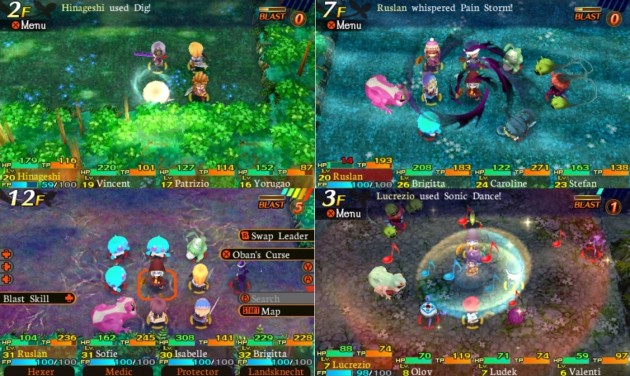 The thing about Etrian Mystery Dungeon that stands out the most isn't its tough gameplay, nor is it the game's simplistic beauty. What draws me in every play session is its gorgeous soundtrack by Yuzo Koshiro. Its dazzling orchestrations are both soothing and powerful to the ears, the kind that makes you do a double-take when you hear such compositions blaring out of your 3DS. Believe me when I say that if you are able to get your hands on its score when it's released next week (albeit in Japan), do so.

Those who purchase the game in the first month of its release have the fortunate luck of grabbing five pieces of downloadable content for free. These fun little adventures range from defeating creatures known as Red Pookas to search-and-rescue missions. (After May 5 the DLC quests will go for $1.49-1.99.)

If you can soldier through the roughest parts of Etrian Mystery Dungeon, then you will discover a game filled with much adventure and a replay value that goes on for many years to come. However if you find yourself having to wave a white flag after tasting nonstop defeat, well...I actually wouldn't blame you. To put it bluntly: this Etrian Odyssey/Mystery Dungeon crossover may be the most difficult RPG you'll come across this year.