Nostalgia can be a powerful ally in making a game. The first game that ever belonged to me specifically was Mega Man 3 for the NES. As such, you can imagine that the series holds a very dear place in my heart. Mighty No. 9 is not Mega Man, but it feels like an evolution of the concepts that the series brought to the table and does a phenomenal job of scratching the itch left by the absence of the series. 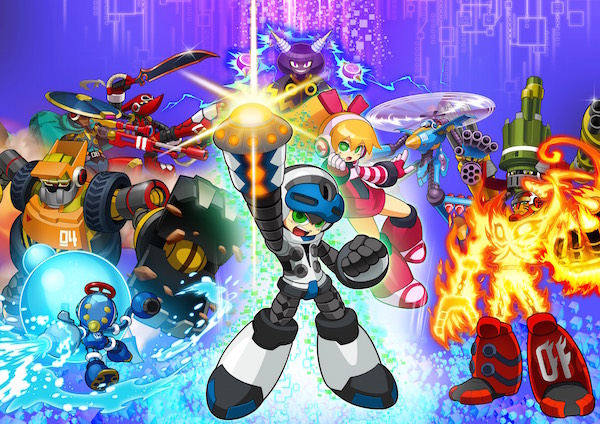 When Keiji Inafune, the creator of the Mega Man series, departed from Capcom, it was hard to not thing the company took it out on Mega Man. We haven’t seen anything beyond ports of old games in quite a while and all the titles in development were cancelled. Then a little game called Mighty No. 9 popped up on crowd-funding platform Kickstarter being produced by Keiji Inafune himself and developer Comcept. The game stars Beck, a mighty robot tasked with helping save the other mighty bots from a mysterious illness that is making them go on a rampage.

Mighty No. 9 is an action-platformer that focuses around a 3-button layout: jump, shoot and dash. It features a blue character that fires an arm canon while moving from left to right. Once you defeat a boss, you acquire their power and can use it to take out other bosses. Okay, I know what you’re thinking, but the game actually plays very differently thanks to the speed-based hooks they’ve added to the formula of the game. 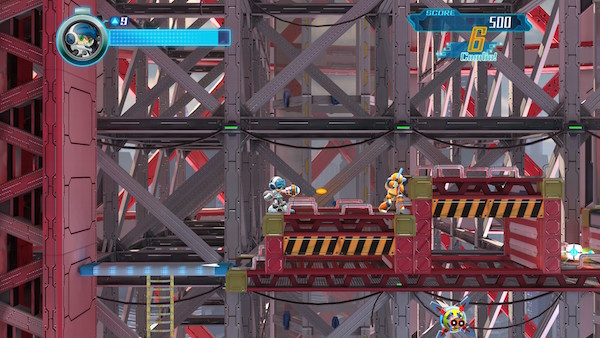 Dashing throughout the Mega Man X series was always an integral part of navigating the environment. In Mighty No. 9 they’ve taken it to the next level and actually made it part of the combat as well. You can certainly shoot enemies until they disappear, but you’re doing yourself a disservice if you do so. After taking a certain amount of hits, colored cubes start appearing around the enemies. If you then dash through them, you’ll absorb the damaged enemy gaining both points and special powers based on the baddie type. As you absorb enemies, you’ll see little meters around Beck that indicate some augmented abilities he’s gained, some of which include a more powerful piercing shot, a speed boost and even a shield. These abilities will often be doled out in a very meaningful way as well, such as providing you a speed boost in a section where going more quickly would be helpful.

At the end of each level, you’re given a final letter score based on the points you’ve acquired throughout the level. While killing enemies will certainly net you some points, speed plays an equally important role in your grade. As you shoot and dash through enemies, you get a percentage which allows your to continue a score multiplier. As you continue to dash absorb enemies quickly, your multiplier stays active and gets you a higher score. Dashing through a stage quickly is possible, you have no limit to the number of times you can dash in a row, but you still need those enemy absorbs to really get a good score. As I was playing, I kind of took it on the slower side and ended up with a C on the first level I played. 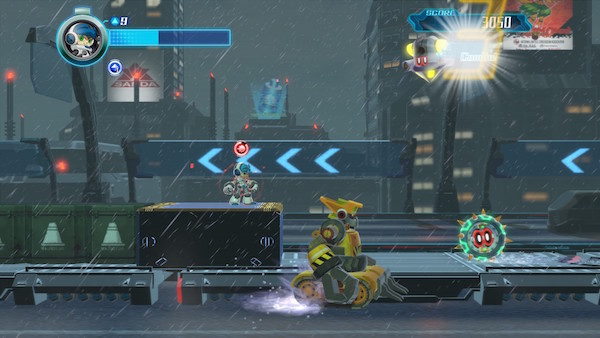 Fans of the Mega Man series certainly like their games difficult. Those people have nothing to be concerned about with Mighty No. 9, because this game is difficult. I did manage to get to the first boss, Pryo was his name, and he kicked my butt. Bosses, unlike normal enemies, have to be dash absorbed several times before they’re defeated. This amps up the boss-fighting experience and very effectively makes them feel like a foe to be feared. In the final game, there will be several different difficulty levels including one where a single hit will kill you. As I hope to retain my streak of not breaking any of my PS4 controllers, I’ll save that mode for a day when I’m feeling very happy.

Beck, though a pretty awesome character, is not the only playable one in the game. His pun-rific partner Call, “Beck and Call… Get it?,” also has a playable level in the 13 stage main campaign. Call will not have the dash absorb ability, so she feels very different from Beck. There will also be DLC released after the game comes out that features a new character with their own new stage. Once you’ve beaten that level, you can then play as the new character in each of the other levels of the game. Mighty No. 9 is a beautiful-looking game as well. There is activity constantly going on in the background of each stage, often interacting with the foreground like falling pillars. Often, you’ll also see one of the other characters you’ve saved helping you through the stage as you go. 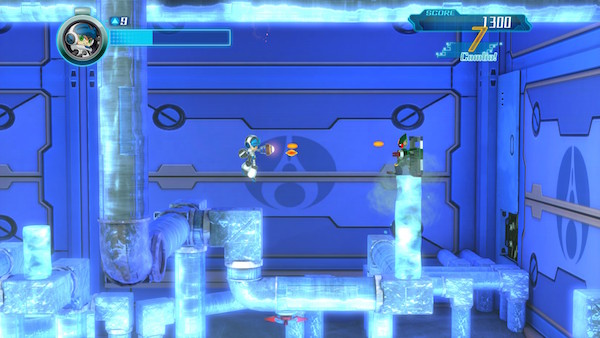 Mighty No. 9, first and foremost, is not Mega Man. It is a different game that actually plays in its own unique way. That being said, if you happen to be a fan of the blue bomber, the touch of Keiji Inafune is certainly present in this new game and if you’re looking for something to fill the void left by the absence of new Mega Man games, this is the game for which you’ve been looking. I had a huge smile across my face every moment I was playing, even while being trounced by that first boss, and it was one of my favorite games I played at E3 2015. You can play this game when it comes out September 15th 2015 on the PS4, PS3, PS Vita, Xbox One, Xbox 360, PC, Wii U and 3DS. 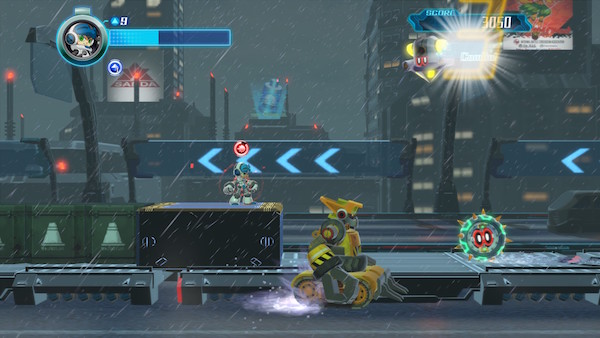