Sierra has been one of the biggest forces in adventure games throughout the years. The very first adventure game I can recall playing was King’s Quest V. After some time of relative inactivity, late last year Activision announced that Sierra was back and that their first game was going to be a reimagining of King’s Quest. After seeing quite a bit of the game and getting my hands on it at the show, I feel confident it will live up to the name and offer a great experience for both newcomers and longtime fans. 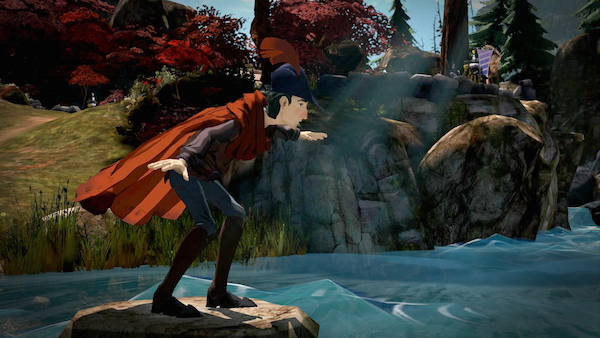 In this brand new take on the King’s Quest series, King Graham, now an old man, is telling his granddaughter Gwendolyn stories about his past. These stories make up the main portions of the playable game. Think a similar format to things like The Princess Bride or How I Met Your Mother where the narration can directly interact with what’s going on. In one section, the narrator mentions going in one direction and as you try to disobey, each time there’s new voiceover sending you back to the direction you were supposed to go. Eventually, a gust of wind blows you in the proper direction and a tree falls to block your path. The demo was littered with these goofy interactions between the narrator which made it that much more light-hearted and fun.

Most games today have voice work in them, but it seems too often that when you talk to someone twice, they’ll just keep saying the same thing. King’s Quest looks to change this standard by offering a huge amount of dialogue and voice work in the game. There were a few sequences that were shown where they went back and talked several times before they had to move on, not because they were out of dialogue options, but because of the limited time for the demo. On top of that, Sierra has attached some huge names to the game for the voice cast including: Christopher Lloyd as old Graham, Wallace Shawn as Manny and Zelda Williams as Amaya Blackstone. 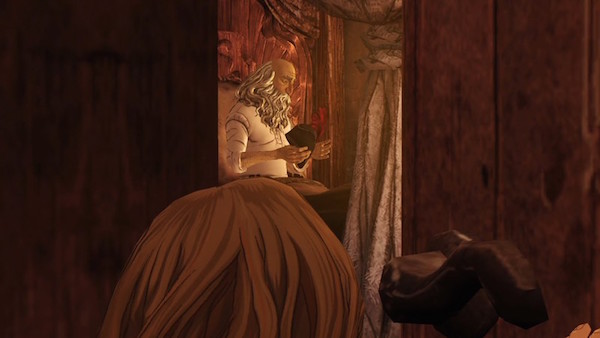 Once you get going with the game, it opens up quite a bit as well, allowing you to solve puzzles in any order you would like. Depending on that order may even effect the ending you get in the chapter. That’s right, there are branching paths in this game, but unlike a lot of other adventure titles, the choices aren’t thrown in your face as much. It’s the culmination of a large amount of small decisions rather than a few big ones that define the differences in one person playing through than another. Sierra wanted to keep the game family oriented by giving the opportunity for players to discuss what happened with their family or friends and compare notes. Little things like choosing to lie to a troll may lead to a troll dancing sequence another player may not see if they said something differently. The game also retains the standard ideas of examining, picking up items and combining them to solve puzzles.

As you play through the past of King Graham, you’re influencing the advice that he is giving to his granddaughter Gwendolyn. This will effect the sequences that take place in the present as Gwendolyn takes your advice to heart and uses it in her own life. The game will take place over several chapters, informing us on several of Grahams adventures towards eventually becoming King. From what I had seen, it looks like each chapter is going to be fairly lengthy with plenty to keep you occupied while waiting for the next. The game looks amazing as well thanks to the hand-painted visuals. No seriously, they actually hand-painted a lot of the art and scanned it back into the game which give it a great visual aesthetic. 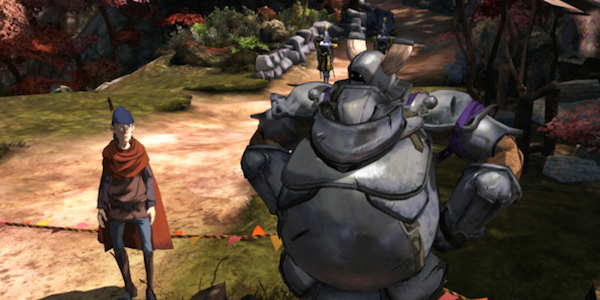 If you’re as eager as I am to get your hands on this game, you luckily don’t have too long to wait. The first chapter, entitled King’s Quest: A Knight to Remember will be launching in late July of this year. Check back then and I’ll share all the choices I made and we can compare our stories. See you then when the game comes out on PS4, PS3, Xbox One, Xbox 360 and PC this July.

A True “Legacy” Revealed For Mega... 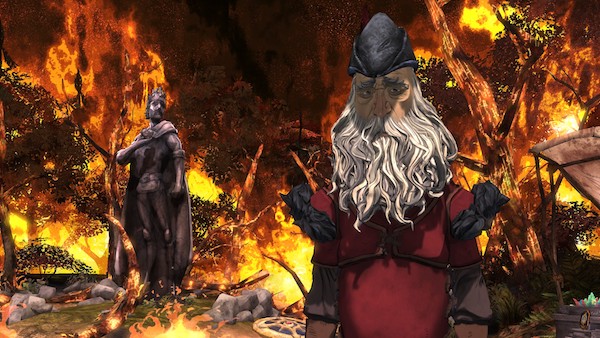 Final chapter of the King'... 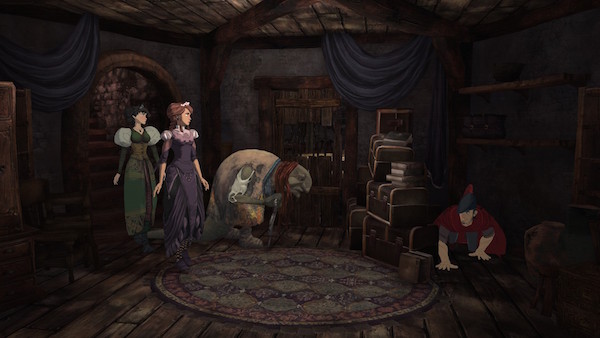 GAME REVIEW | Choose Your Own...