True to the hyperactive nature of the the show itself, every time a new Adventure Time game arises, it’s completely different from the last. From launching Finn through to air to paying homage to The Legend of Zelda: A Link to the Past, they’ve covered a lot of ground through the years. One surprising genre they haven’t yet covered, since it’s literally in the title of the show, is adventure games. Vicious Cycle Software looks to solve this problem with Adventure Time: Finn & Jake Investigations later this year. 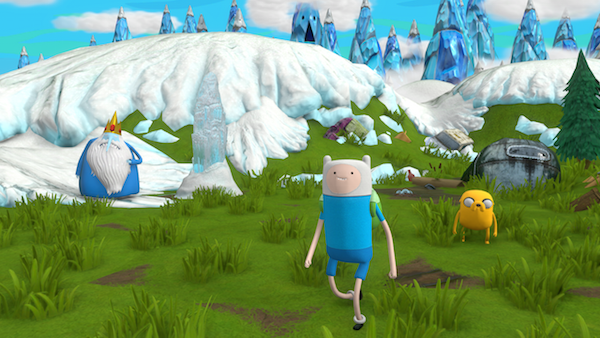 For the first time in their video game history Finn, Jake and the gang are all going to be in full 3D in this game. It’s always hard to tell if a game based on a cartoon is going to look better sticking to their 2D roots, but the new visuals in the game definitely do the series justice. The textures and depth added by the new look give the game a fresh feeling and makes you wonder why it took this long for there to be an Adventure Time game like it.

The story takes place during the 6th season of the show’s timeline. They even got all of the voice cast to make sure it’s as authentic an experience as possible. There was tons of voice work throughout the demo that I saw, so playing will feel like you’re controlling the Finn and Jake as they interact with the unique inhabitants of the Land of Ooo. The game will follow Finn and Jake as they travel through the various kingdoms, Ice and Candy for instance, investigating various strange events and disappearances. 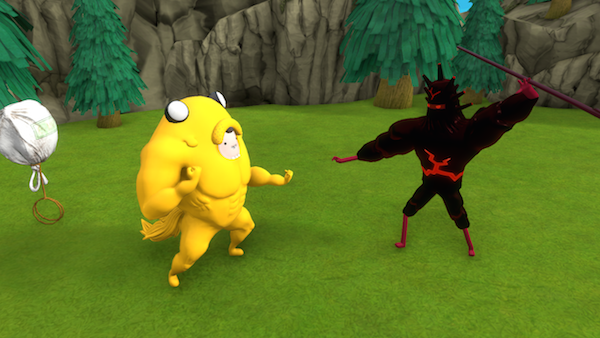 The game plays very much like a classic point-and-click adventure game, but there have been a few Adventure Time appropriate hooks thrown in there. What would a quest in the Land of Ooo be without some battling? As you encounter some unsavory characters looking for a fight, occasionally you’ll need to whip out your trusty sword and show them who’s boss. During these fights, you control Finn and whale on them with your sword. As you do this, you will earn the ability to use a Jake power for a short time like wearing him as a suit or riding him and bowling through the enemies. There isn’t actually a fail state for these battles, but you are graded for things like time and damage taken. At the end, based on your battle prowess, you earn treasure which shows up back at Finn and Jake’s house in their treasure hoard you can explore. This immediately reminded me of the banana hoard from Donkey Kong Country that filled as you completed the game.

The main portion of the game plays much more like a classic adventure game. As you walk through the various kingdoms, you talk to the cheeky inhabitants, collect items and solve puzzles. One of my favorite things in an adventure game is finding just the right items and combining them in interesting ways. Jake, though certainly not an item, can actually be used in some of the game’s combinations to solve puzzles. You might need him to move you to a hard to reach location or use his shape-shifting powers to adjust an item in just the right way and solve a tough puzzle. The game will feature five separate episodes, but unlike many adventure games as of late, you will not have to wait between each new case. The whole thing will be available as a single package at the time of the game’s launch. 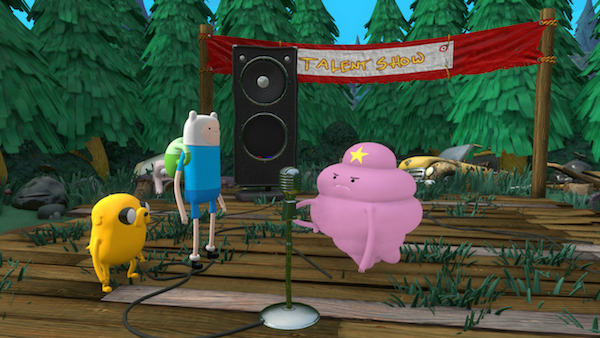 The Adventure Time TV show has so much going on that it must be hard to pin down exactly what type of game should represent it. It was only a matter of time before the adventure genre was given a shot and I can’t wait to see how well this fits the bill. Adventure Time: Finn & Jake Investigations will launch for PS4, PS3, Xbox One, Xbox 360, Wii U, 3DS and PC this October. 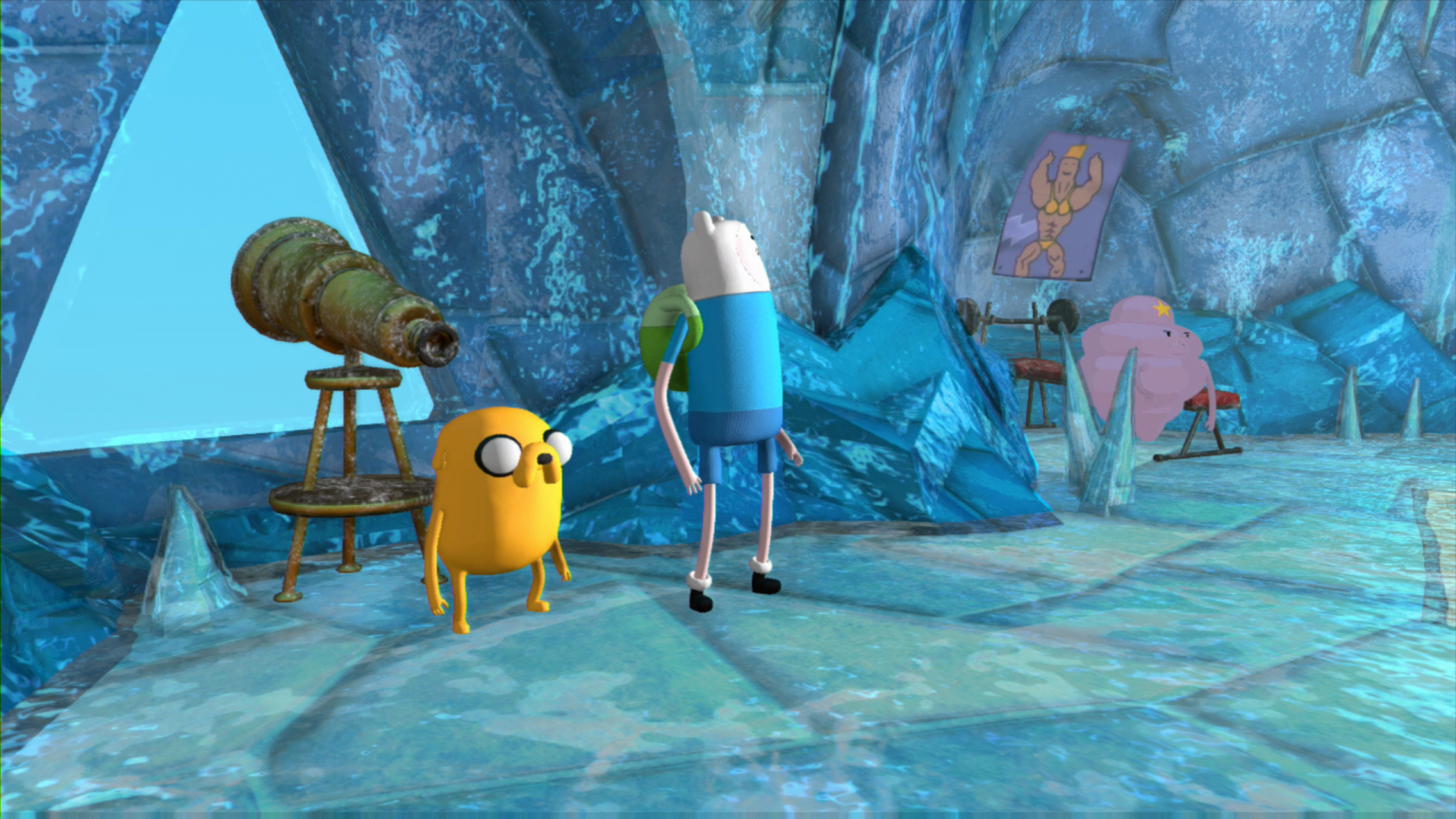